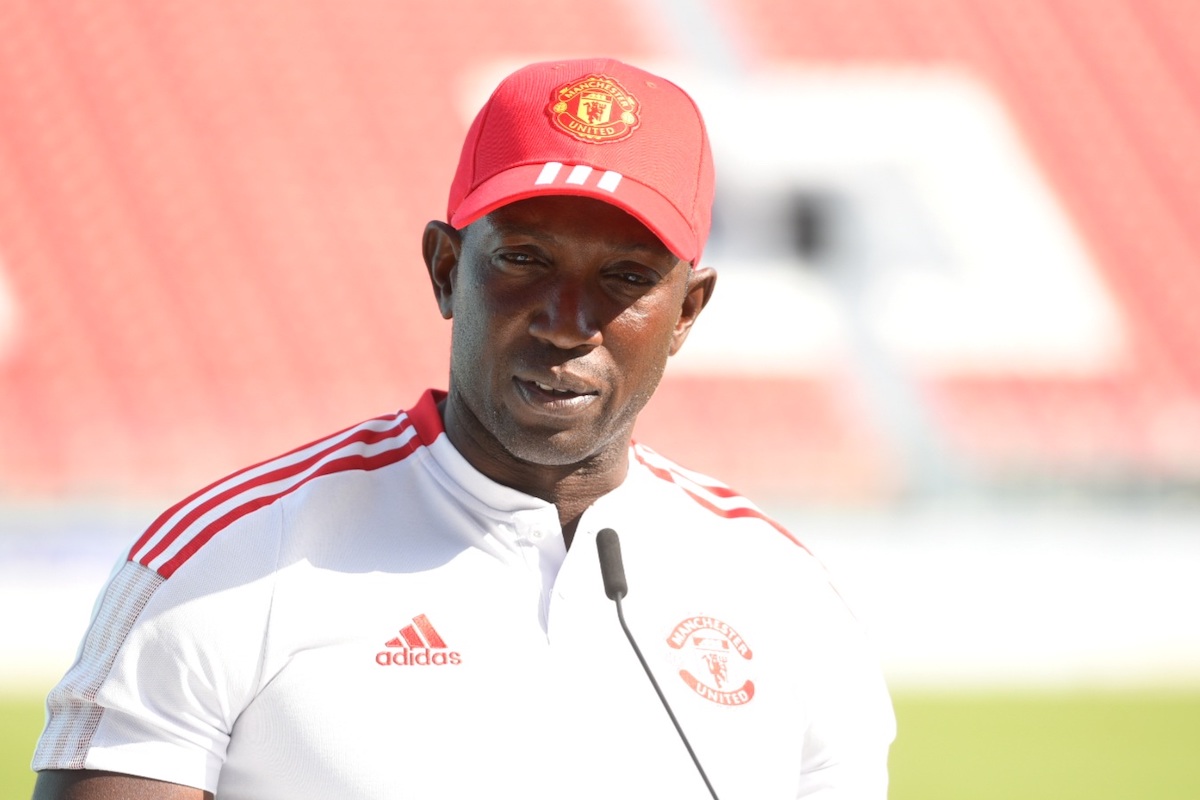 Dwight Yorke said that there is still a lot of work to be done to eradicate racism from society after the former Manchester United striker was named as an ambassador for the national strategy against racism that was launched by the Maltese government on Thursday.

The former Trinidad and Tobago international was the special guest during the event launching held at the National Stadium and said that he is fully behind the authorities drive to fight racism but warned that there is still a lot of steps to be taken if we are to educate society and wipe away this kind of discrimination.

“This is a fantastic initiative and I am so proud to be part of it,” Yorke, a key member in the 1999 treble-winning Manchester United side, told the Times of Malta.

“As global ambassador of Manchester United, I am really happy to be visiting a country like Malta that is stepping up its fight against racism. My message is quite clear that nobody should ever judge someone by the colour of their skin and Manchester United have always been against any form of discrimination.

“I am glad that the Maltese government is really taking it head on and we are here to not just embrace it and but also to make sure that we play our part from the sporting aspect and look forward to educating people about it as education is a key part to going forward.”

Yorke is coming from a long career in English football where he reached his star status with Manchester United but also had a very fruitful spell with Aston Villa.

In recent months, there has been a strong campaign against racism with Premier League players taking a knee before match kick-offs as well staging a social media boycott to increase awareness.

Still, Yorke said that although these are all positive initiatives, more steps need to be taken.

“There is never enough initiatives to fight racism,” Yorke said.

“The Black Live Matters movement gave a positive momentum and was followed by the Take a Knee which was nice to see players supporting it. But while these are positives steps more has to be done.

“If you look at the racial discrimination that goes on in social media more drastic measures need to be taken. In my opinion, not enough has been done yet.

“There have been steps in the right direction but we need to do more.”

Yorke was in Malta on Wednesday where he visited the English side’s Maltese supporters club in Ħamrun to watch Manchester United’s dramatic win against Villarreal that was decided by an injury-time winner from Cristiano Ronaldo.

“The most important thing was that we got the result we wanted,” Yorke said.

“Scoring in the last minute of the game defines what United is all about and the goal was scored by somebody who has been the fabric of club for so long and he gives us that winning mentality.

“I’m sure that Manchester United fans would have liked to see the team win easier but it’s a big result and will help us to move forward in the Champions League and for the rest of the season.”

Yorke said that Manchester United have improved a lot since Ole Gunnar Solskjaer took over the role of manager but warned his former team-mate that with the arrival of players such as Cristiano Ronaldo, Raphael Varane and Jadon Sancho he needs to start to deliver trophies.

“Ole is the club manager and unfortunately there are a lot of people who are a bit envious of his position as manager when saying that he should not be in that position for whatever reason,” the former Trinidad and Tobago forward said.

“I think we need to get away from that and give the guy the respect he deserves. He is the current manager of the club and we should judge him once his reign at the club is over.

“It’s too early to discuss if he is good enough. Manchester United have assembled a very strong squad and I feel that at some point he needs to win something.

“This season he needs to win something as at the end of the day for what he has done and his identity at the club he will still be judged based on his success.

“Ole knows all about where he stands and he is aware that he needs to deliver at some point in time. I believe that we have a squad to win the Premier League and it’s up to Ole to make it happen.”