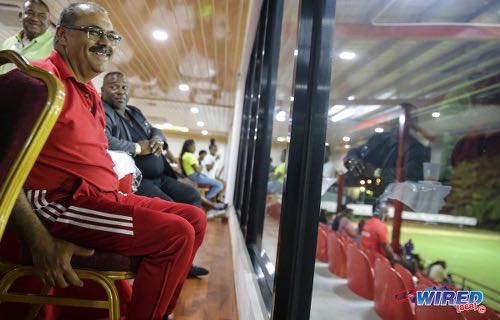 THE second annual Ascension Football Tournament will kick off on August 14, with all local football clubs invited to compete.

This tournament will be the first major football event in T&T since the COVID19 restrictions have been eased by the Government.

Richard Ferguson, main organiser and managing director of Terminix La Horquetta Rangers, said on Tuesday, “We have been given the sanction from the TTFA (TT Football Association). We have invited every single men’s (club) in T&T to participate.”

Ferguson, who is also a certified chartered accountant said, “We’ll have three divisions. Division Three will be the (teams from the) zones, Division One should be mostly Pro League clubs, Division Two will be Super League clubs.”

Ferguson pointed out that teams will have until 4pm on Friday to register. There will be no registration, nor appearance fee, but teams will be vying for $494,000 in prize monies.

This year, the tournament is set to run for 18 to 24 weeks, according to Ferguson.

Teams interested in competing in the 2020 Ascension Tournament may contact tournament director Kieron Edwards on WhatsApp at 327-6406 or by email at lee1jack@gmail.com.

The prize money at stake is: