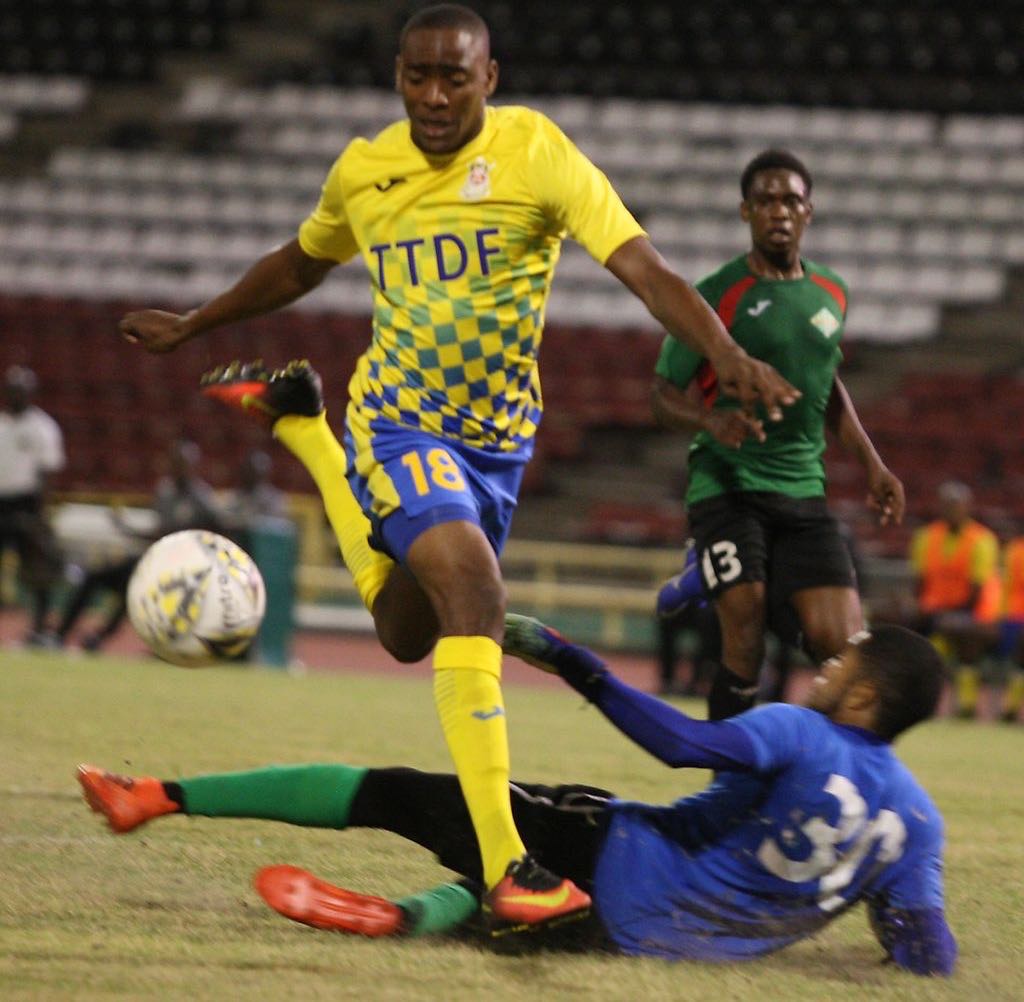 TRINIDAD and Tobago winger Reon Moore netted a treble as Defence Force whipped Central FC 4-0 on Saturday, at the Arima Velodrome, in the second of back-to-back matches in the fifth round of the Ascension Tournament (also known as Ascension Football League).

Moore got things going after two minutes of play, angling a right-footed effort to the left of goalkeeper Farqur Katibi, after he got a through-ball from central midfielder Justin Sadoo.

In the 13th, Moore netted the third goal for the Army-Coast Guard combination, heading home a corner from Jelani Felix.

Moore will complete his hat-trick in the 87th minute, with a right-footed blast to the right of Katibi, after a neat exchange between substitutes Kathon St Hillaire and Rivaldo Coryat.

On Sunday, at the Police Barracks in St James, hosts Police brushed aside the point-less Moruga FC 3-0.

Kadeem Hutchinson put the lawmen ahead in the 34th minute while, four minutes later, former T&T attacker Jabari Mitchell drilled home a low shot, from the edge of the penalty area.

And, in the 81st minute, Kemron Purcell headed home a cross from Mitchell to secure Police’s fourth win of the season.

On Friday, in a double-header at the La Horquetta Recreation Ground in Arima, Cunupia FC breezed past AC Port of Spain 4-1 and Rangers pipped Deportivo Point Fortin 1-0.