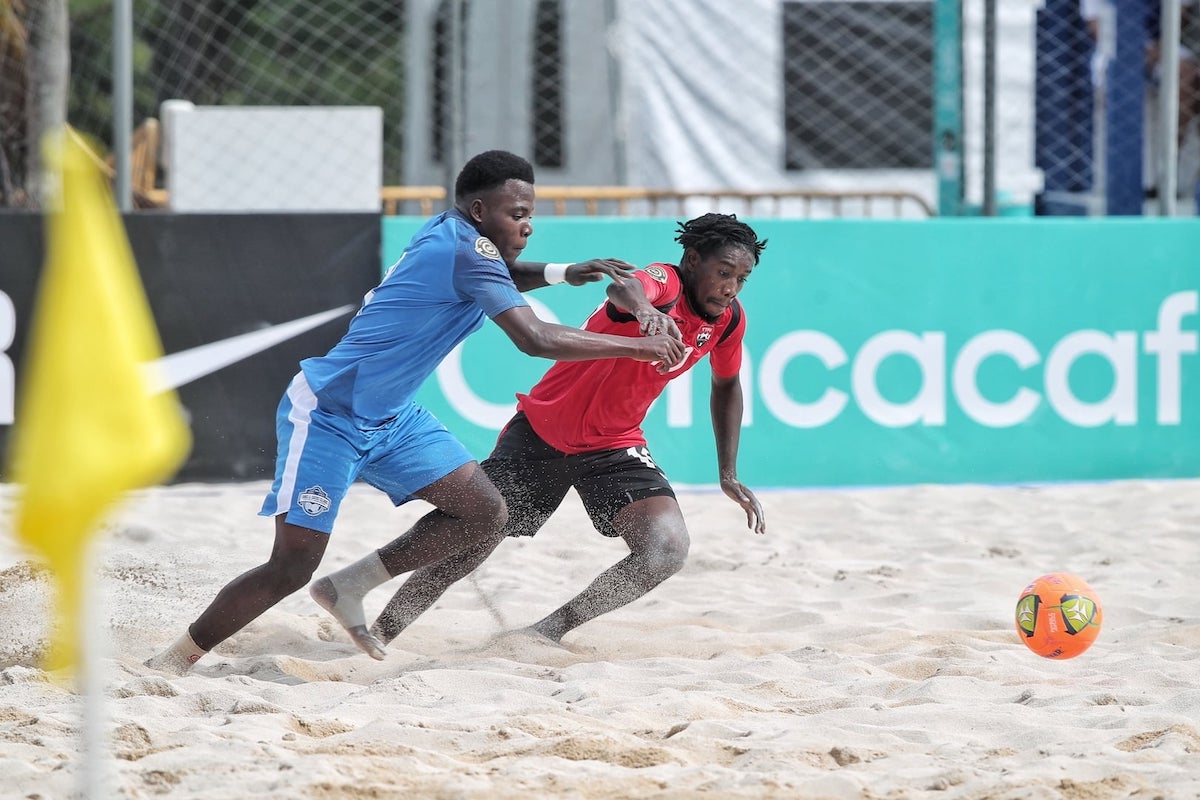 Trinidad and Tobago will be represented at the 2022 Bahamas Beach Soccer Cup with two national senior teams, Men’s and Women, jetting off to Nassau later this month.

The tournament is being hosted by the Bahamas Beach Soccer Association in collaboration with Beach Soccer Worldwide (BSWW) and will include the national teams of Colombia, Costa Rica, Bahamas, Turks and Caicos and Trinidad and Tobago.

T&T Women’s team will commence the Women’s tournament on October 21st against Turk and Caicos and close off the group stage against Bahamas on October 23rd at the Beach Soccer Stadium, Sir Sidney Poitier Bridge in Nassau.

On the men’s side, T&T will take on hosts Bahamas on October 21st before meeting Colombia on October 22nd and Costa Rica a day later in the group stage.

This tournament will serve as the commencement of preparations for the 2023 CONCACAF Beach Soccer World Cup qualifiers. Details on the T&T teams heading off to Nassau will be disclosed later this week.

The TTFA at this time also wishes to extend congratulations and best wishes to Trinidad and Tobago’s Sham Mohammed who has been appointed President of the Caribbean Region for Beach Soccer Worldwide, the organization that handles FIFA’s Beach Soccer tournaments and other global competitions for beach soccer.

We at the TTFA wish to extend congratulations to Mr Mohammed on his appointment as President of the Caribbean Region and we look forward to working with him on the development and promotion of Beach Soccer in the region. The TTFA sees this as an exciting development for the game in our region and anticipate future collaborations among all parties concerned.

Today, BSWW is responsible for the organisation of more than 300 top-class international events in 30+ countries involving up to 200 national teams and clubs, in both men’s and women’s categories.

Beyond the international competition sphere, Beach Soccer Worldwide works closely with the National Football Associations and the six confederations to help develop the sport in all territories, including development programs, grassroots projects, consultancy for National Championships, women’s beach soccer development and other programs to strengthen the growth of the sport region by region, country by country.

Beach Soccer Worldwide is aligned with some of the world’s best-known brands and organisations as its global partners, including PUMA, UNAOC, IQONIQ and Genius, who understand the true value and potential beach soccer has in reaching and interacting with a cross-section of audiences all over the world, as well as with big broadcasters that bring the beach soccer action live to more than 250 million households in 180+ Countries.