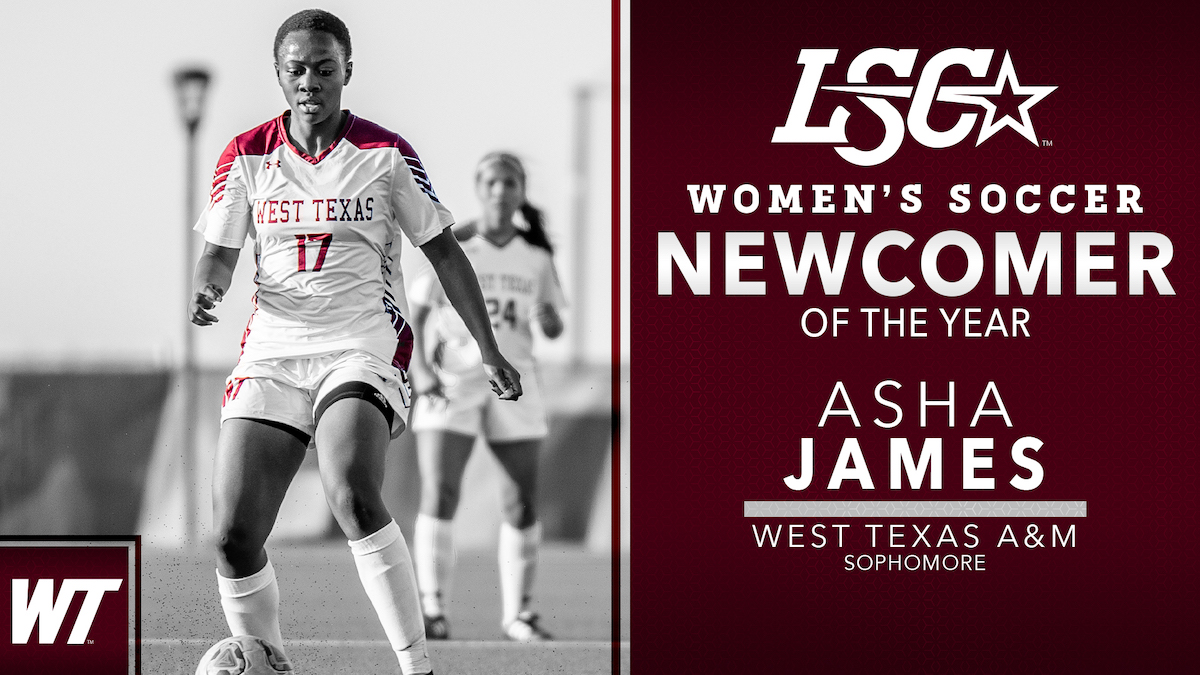 Tobago’s Asha James has won the Newcomer of the Year Award in the Lone Star Conference (LSC) Women’s Soccer Player of the Year honors on Tuesday.

The Caanan-native, who is a sophomore at West Texas A&M, was one of four players to be honored from her university.

James was also named on the All-Conference team after scoring four goals and providing three assists to help West Texas A&M to the conference semi-finals.

She joined the Lady Buffs during the past year from Florida International.

James was a dual athlete at Florida competing in women’s football and throwing the javelin.

She is the school’s record-holder for the javelin throw.

James was also part of the Trinidad and Tobago Beach Soccer team that won gold at the Commonwealth Youth Games in Nassau, the Bahamas in 2017.