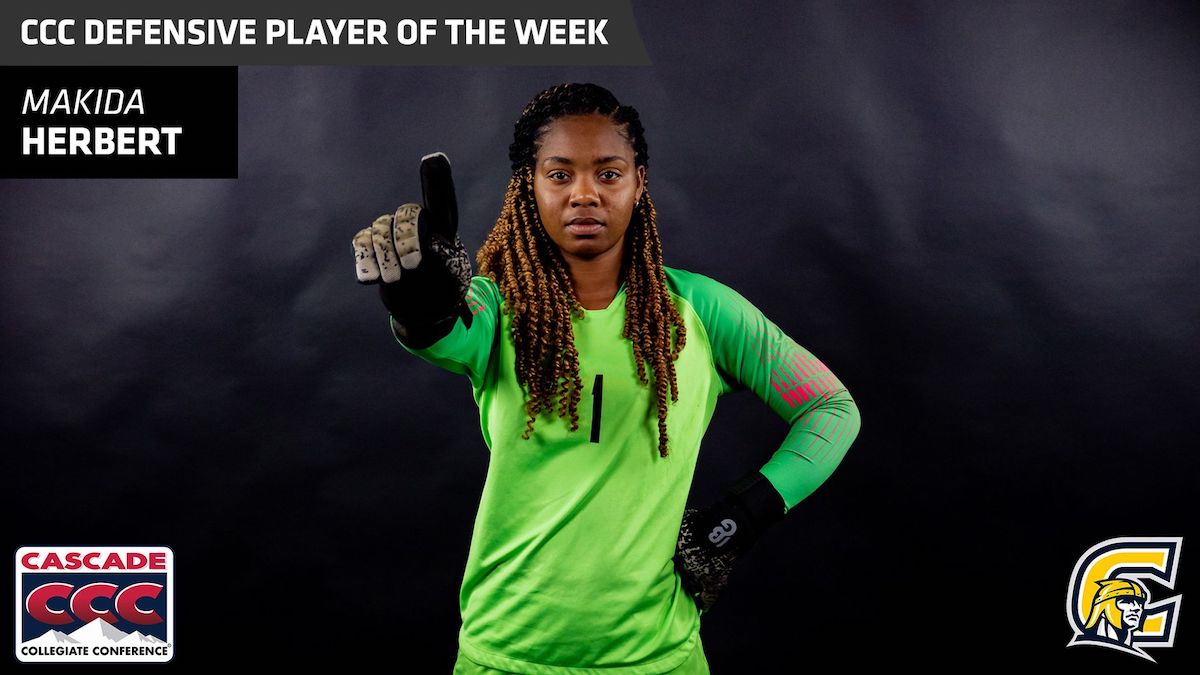 The Cascade Collegiate Conference (CCC) office announced the Rize CCC Players of the Week on Monday morning, where the Corban University Women's Soccer team was represented by junior goalkeeper Makida Herbert for the first time this season.

"Makida has been working hard in training each week and is hungry to improve, which is paying off for her in her performances," Warriors' Head Coach Whitney Pitalo shared after receiving the news of Herbert's recognition.

Pitalo went on to say, "She has made big saves for us each game and continues to impress the coaching staff, her teammates, and the fans each week after week. This honor is well deserved!"

Herbert earns her first CCC Defensive Player of the Week award in wake of back-to-back shutouts of two NAIA Top 25 teams, as she recorded six saves in both contests to deny the No. 21 Mountaineers of Eastern Oregon University and (RV) Yotes of The College of Idaho from continuing their high-octane offensive seasons.

After her incredible performance over the weekend against two of the toughest CCC teams they will see all year, Herbert now ranks in the Top 5 of the conference in nearly every statistical category. Most notably, Herbert ranks second in shutouts (5), third in save percentage (.870), and fifth in both saves (40) and goals against average (0.75).

Herbert and the Warriors finally hit the road for their first legitimate road trip of the 2022 season, as they travel north to Portland both Friday and Saturday this week to battle Multnomah University and Warner Pacific University, respectively. The contest with the Lions is slated to begin at 11:30am, while the Warriors will face the Knights at 12pm the following day.