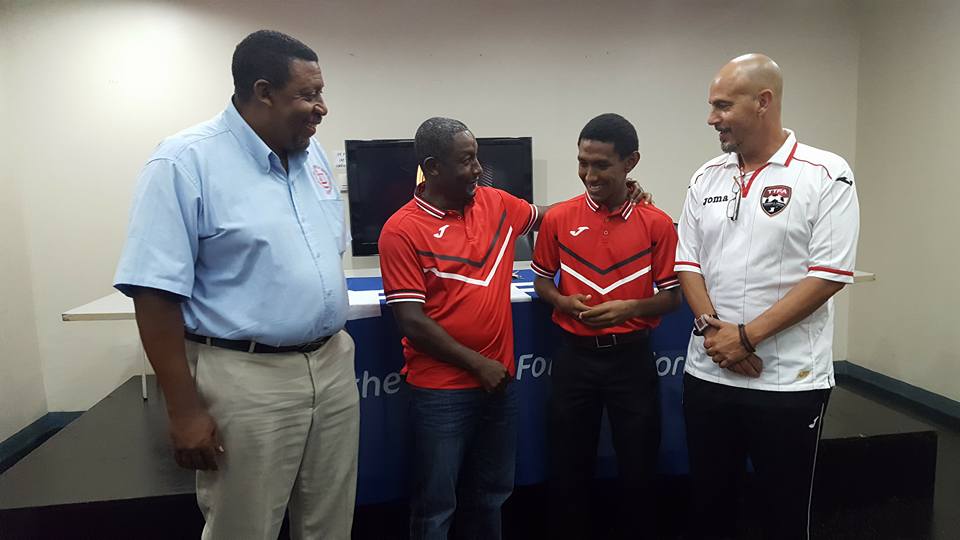 David John-Williams, the T&T Football Association (TTFA) president has moved fast to allay fears that national football coach, Canadian Stephen Hart will be replaced by Stuart Charles Fevrier of  W Connection coach, the club he owned in the T&T Pro League up until he became president of the TTFA.

In an interview yesterday with CNC3, the TTFA boss described it as rumours and made it clear Hart will be judged on the field as all other coaches are.

“This all started before I became president. I headed W Connection Football Club and I had a good relationship with Stuart Charles. He was an ex-national coach and it was put out in the public that if I became president that I would replace Stephen Hart. Well I would be a mad man if I had done that because Hart was doing relatively well in the job at that time and was getting results.”

He noted, “I want to put it to rest that I have a very frank relationship with Hart and I told him that he will be judged by the results on the pitch. Every coach is judged by his results on the field.”  Under Hart, the Soca Warriors have earned a place in the hex after finishing second behind the United States in Group C on 11 points.

The result means the Soca Warriors will begin against Concacaf giants Costa Rica in the final round where no mistakes will be tolerated as John-Williams responded to concerns of players breaking camp ahead of crucial World Cup Qualifiers.

His comments came as news circulated that midfielders Joevin Jones and Kevin Molino, and defender Mekeil Williams broke the team’s curfew before the Guatemala encounter at the Hasely Crawford Stadium on September 2, to attend a boat cruise on August 31.

Hart later told the media that the players received hefty fines for their actions, saying it was dealt with internally, as teams usually deal with matters.

John Williams said his association received the report from the team’s management recently and will go through it in depth before a decision is made. He expressed disappointment by the behaviour of the players before such a crucial match, saying,  “Getting to the hex in the first place was very important for us as an administration and a country and getting to the World Cup will be even more important to us.”

He said regardless of what is the outcome, its what actions are taken against the players, I hope it will be a lesson learnt and we will not have such a repeat going into the hex again.

Meanwhile, John Williams revealed that a big name international coach will be recruited to head the country’s Women’s Football programme soon. He reconfirmed his association’s commitment to women’s football saying they have invested heavily into the local game.

According to John Williams women’s football has become very popular worldwide, as well as beach soccer and futsal, and therefore they have been in contact with top coaches to take over the programme and get it jump started. “People saw that we were hammered in the under-15 tournament but that is just the start.”