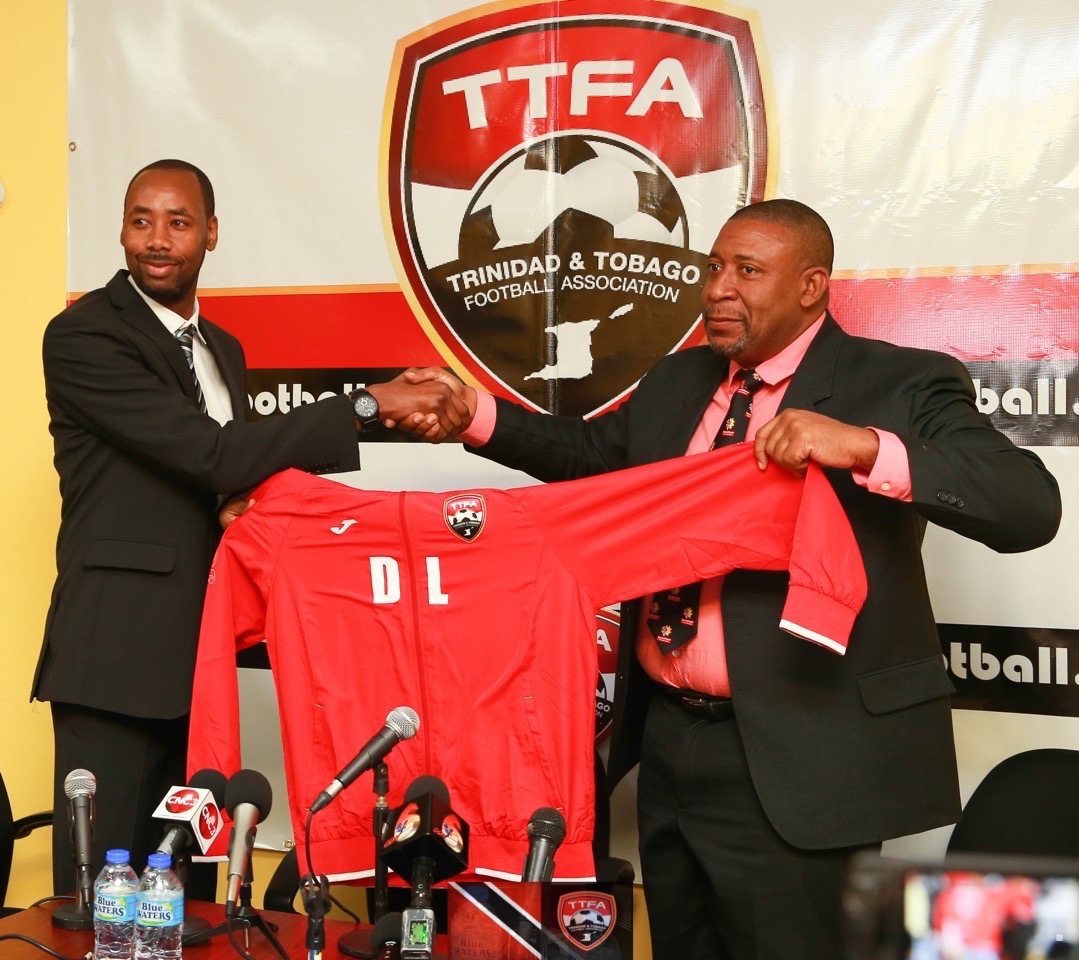 Lawrence, who took up the National Senior Team post in January 2017, will be out of contract on 31 January 2019; and, on Tuesday, he emerged as the top candidate for the vacant managerial position at Welsh club, Wrexham AFC, which competes a rung below England League Two in the National League.

On Wednesday, the TTFA issued a release stating that “it has no intentions of allowing its current employee, Mr Lawrence, to engage in discussions with [Wrexham] regarding the possibilities of a move” and indicated that Lawrence was “pleased” with its position on the matter.

The missive was unsigned but is believed to have been made by John-Williams. Two days later, the football president finally involved the board in a discussion on the Warriors head coach—and it involved two sentences, sent individually to each member.

“As you are aware [Wrexham] are trying to lure our coach to be their manager,” stated John-Wiliams, in an email. “I am kindly seeking your approval to extend his and his staff’s contracts by two and a half years with the same terms and conditions in the circumstances.”

However, TTFA board member Keith Look Loy was displeased that John-Williams, his approach to the board, did not inform his colleagues of the value of Lawrence’s contract or the yardstick by which his performances as coach were to be judged.

And, more to the point, he was aghast that the football president would again try to appoint a head coach by email, just two months after the confusion caused by a similar attempt to select Shawn Cooper as Women’s National Senior Team head coach.

“This is a major decision that requires careful collective consideration of many factors,” stated Look Loy, in an email sent to the entire board. “I caution you to proceed very carefully with this matter, and to call a meeting of the board to discuss this, which would be a major financial commitment by the TTFA—not to mention the technical considerations.”

“Dear Mr President, please let us have a special board meeting to discuss this issue of an extension,” stated Partap. “This is a multi-year deal and I think it would be wise to first do a performance appraisal before we discuss this extension. This will tie into whatever plan we have to put Trinidad and Tobago back on the world stage, i.e. World Cup 2022.

“A decision like this cannot be made via email round robin; it is too important.”

Another board member, Pro League CEO Julia Baptiste, said she believed Lawrence deserved an extension but felt it should not be done via email.

“My personal belief is that Mr Lawrence should be given an extension,” stated Baptiste. “However, despite that, I also believe that it is a matter for the board of directors and should be ventilated at that forum before a final decision is made.”

Look Loy, whose FC Santa Rosa club have moved a motion of no confidence in the football president, described John-Williams’ approach to the board over his head coach as another example of his poor leadership.

“He did not even copy the entire board into the email; he sent it to each member individually. So there was no attempt to even have the most minimal discussion. That is leadership as far as he is concerned and it is ridiculous.”

With the TTFA struggling financially and facing several High Court suits over its failure to satisfy employment contracts, Look Loy urged John-Williams to take a collaborative approach and avoid doing more harm to the local game.

“We need to have a full discussion, we need to have an analysis [of the situation]. But in the jaws of a motion to remove you, you are still moving like you don’t care.

“I am going to be raising it at the reconvened AGM [on Sunday]. This is not leadership.”

John-Williams is likely to be fighting for his own job on Sunday, with a no confidence motion among the tabled items at the TTFA’s reconvened AGM.