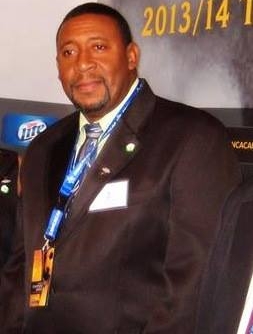 Relations between Trinidad and Tobago Football Association (TTFA) president David John-Williams and the National Senior Team are in danger of deteriorating further, after the discovery that roughly half of the squad were not paid match fees for internationals against Mexico and the United Arab Emirates in 2017 and 2018 respectively.

Trinidad and Tobago’s 2-1 World Cup qualifying win over USA on 10 October 2017 was easily the most high profile result in three years under the John-Williams administration. Yet to date, the local football body has not paid the promised US$1,000 match fee plus US$500 win bonus for the affair.

Just hours after the initial story was published, John-Williams authorised payments for friendlies against Thailand and Iran—both controversially valued at US$300 each—while, on Christmas Eve, payments were made for the Mexico (US$1,000) and UAE (US$300) outings as well.

However, a reliable source close to the local football body revealed that 10 players were surprisingly overlooked during the latter pay-out.

There was no apparent pattern to the omissions as the players were a combination of overseas-based and local-based and several received money for other matches earlier that month, so the football body had their accurate bank information.

The 25 year old Ranjitsingh, who was born in Toronto and qualifies to play for Trinidad and Tobago and Canada, was recently snapped up by US Major League Soccer (MLS) club, Orlando City.

He is still uncapped by the Soca Warriors and has not rejoined coach Dennis Lawrence’s squad since the qualifiers against Mexico and United States when he was an unused substitute. Almost 15 months later, the TTFA still owes the talented goalkeeper US$2,500.

Worse, according to the source, is John-Williams’ alleged refusal to speak directly to the players and explain the source of their issues or provide any assurances.

“All they were told is John-Williams didn’t give the authority to pay those players and there was no reason given,” the source told Wired868. “They can’t say when they will be paid either but they were told that those payments would be made along with the two outstanding match fees.”

Such inadequate communication, according to the source, is the norm rather than the exception for John-Williams; and although the players resent it, they no longer expect anything better.

“The players never hear anything from John-Williams and he never communicates with them,” said the anonymous source. “The only time he ever spoke to them directly in the last year was just before the AGM—when he wanted to make sure that everyone kept quiet until he dealt with a motion to dismiss him as president.

“Otherwise, he just sends a message through the coach or [team manager] Richard Piper. So the players never get a chance to put their case directly to him and have a proper discussion.”

Among the issues troubling the players is the current fee of US$300 for friendly matches, which is a huge drop from the US$1,000 paid under the last two football presidents.

The players allegedly countered with a proposed fee structure according to the ranking of their opponents. They suggested US$1,000 for the starting team against opposition ranked in the top 80 FIFA nations and US$750 and US$500 for used and unused substitutes respectively. For matches against lower-ranked nations, the Warriors were willing to accept US$750 for starters and US$500 for all substitutes.

Although the proposal was sent months ago, John-Williams has still neither accepted nor dismissed it.

The players are understood to be anxious to negotiate a pay structure for the 2019 Concacaf Gold Cup as well, which kicks off in June.

Last month, the Warriors said they would refuse to play against Wales unless all outstanding match fees were paid while some players insisted that they would not continue to turn out for US$300, as they felt disrespected by John-Williams.

Wired868 asked John-Williams to confirm whether the 10 players were unpaid and, if so, to explain why that was so. The football president was also asked to comment on the national players’ concern about the amount offered for match fees at present.

John-Williams had not responded up to the time of publication.