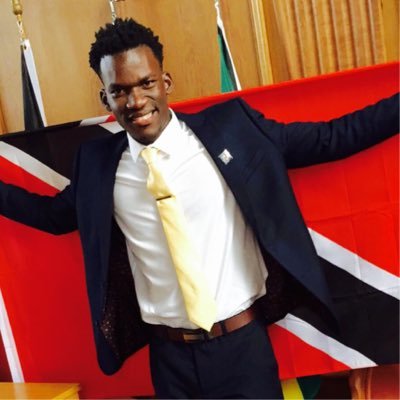 David used a three month old complaint by North East Stars director Michael Awai and a recent legal opinion by Elton Prescott SC as grounds for his claim, which, if approved, could have significant repercussions on the short-term future of embattled football president, David John-Williams.

Awai’s concern, which he shared with stakeholders on 18 February 2019, is that Look Loy’s ‘election’ occurred at a General Membership meeting without a quorum.

The petition was brushed aside by Trinidad and Tobago Football Referees Association’s Vice-President Osmond Downer; and a week after Awai’s email, the TTFA Board met—chaired by John-Williams and with David in attendance—without a peep about Look Loy’s status.

However last night, David resuscitated Awai’s claim with a legal opinion from Prescott—the attorney for the Trinidad and Tobago Olympic Committee (TTOC) and one of the framers of the TTFA Constitution—which appeared to support the case against Look Loy’s prior appointment.

David wrote to Prescott on Monday 15 April, seeking a legal opinion on the clause cited by Awai, which was Article 24.3. The article states: “a quorum is not required for the second meeting of the General Meeting unless any item on the Agenda proposed the amendment of the constitution, the election of a member of the Board of Directors, the dismissal of a member of a body of the TTFA, the expulsion of a Member or the dissolution of the TTFA.”

And Prescott, via an email that was shared with the Board, agreed with Awai.

“It appears to me that the cited passage from Article 24 of the Constitution of the TTFA makes it obligatory that a quorum is required at a reconvened meeting which includes on the agenda, the election of members of the Board,” stated Prescott. “[…] And so, in my view, it would have required the presence of 25 or more in order for any decision taken at the reconvened meeting to have validity.

“In those circumstances, the resolution which sought to give authority to delegates present to elect a member of the Board was itself invalid.”

David relayed this information to Look Loy and the rest of the Board, three days later, and gave the TTSL president until the next Board meeting on Wednesday 24 April to present a legal response for ‘deliberation’ by that body.

“Further to an enquiry by a Member with respect to the validity of your election to the TTFA Board of Directors, I write to inform you of the legal opinion provided to the TTFA, received in response to the member’s enquiry,” stated the TTFA General Secretary. “This opinion indicates that your election to the Board of Directors of the TTFA is invalid and not consistent with the constitution of the TTFA. The TTFA Secretariat hereby provides you with a copy of the legal opinion for your review.

“You are kindly requested to provide a response by return correspondence on or before the next scheduled meeting of the Board of Directors where this legal opinion will be presented for deliberation and a decision of the Board. Please be advised accordingly.”

Due to the Easter holidays, David’s deadline meant Look Loy would have less than two working days to source a legal opinion. On Saturday night, the agenda for Wednesday’s Board meeting was also adjusted with Look Loy’s ‘Appointment Issue’ as the second item for discussion—right after ‘Minutes’ and ahead of issues such as the TTFA’s ongoing legal woes and the appointment of coaches to the Men’s National Under-23 and Women’s National Under-20 and Under-17 Teams.

The alleged discovery of a US$20,000 payment to John-Williams in the TTFA’s bank account was not listed among the agenda items, although, a week ago, six Board members—headed by Look Loy—requested an emergency meeting to discuss it.

It was the clause that Downer turned to, three months ago, to dismiss Awai’s complaint. The TTSL—like other bodies under the TTFA umbrella—elects its representative internally, Downer argued, and the General Meeting only rubber stamps this choice.

Since the TTFA president and vice-presidents are the only Board members who are elected by the General Meeting, then, arguably, Article 22.3 could only refer to them.

“That seems to be a good point,” said Prescott, when Wired868 read out Article 34.1 and enquired about its potential repercussions for Article 22.

Did David share Article 34.1 with Prescott when he requested his legal guidance?

Wired868 asked David if he intentionally tried to mislead Prescott, so as to engineer a skewed legal perspective for his Board. The General Secretary did not respond.

David’s legal manoeuvre comes at a time when Look Loy is openly contemplating contempt of court proceedings against the TTFA president and general secretary for their supposed failure to share the football body’s financial documents.

Look Loy has vowed to return to the High Court to force John-Williams and David to share the TTFA’s bank records. Were he to be removed as a Board member, he would no longer have legal claim to the various financial documents he is demanding at present.

Look Loy, who noted the irony since John-Williams was elected by some non-compliant members in 2015, believes the question of his Board eligibility is linked to his case against the TTFA.

“This is nothing but a transparent attempt at victimisation for the questions I have been asking and the High Court action I have successfully undertaken to force transparency and accountability on the TTFA president and his administration,” said Look Loy. “Indeed, there is more to come as that campaign meets increasingly desperate resistance from increasingly desperate people. This will not deter us.

“In this connection, I call on FIFA and Concacaf, yet again, to rein in the run-away horse that is the current TTFA leadership. Indeed, that leadership, in this latest effort to break my momentum, is demonstrating its lack of ethics and limits.”

Downer, who also worked on the framing of the TTFA constitution, said the furore regarding Look Loy’s eligibility was a storm in a teacup, since the TTSL only needs to send a letter to the Board to confirm its choice as representative.

The TTFA’s new constitution in 2015 stated that a body’s choice for a Board position was meant only to be ‘confirmed’ by the General Membership. However, after John-Williams refused to allow Board members to vote unless their roles were ratified by the General Meeting, Downer proposed an amendment which sought to clarify the issue in December 2018.

Downer’s amendment—which was approved—replaced the word ‘confirmed’ with ‘inducted’ in Article 34.1, so as to ensure there was no confusion about which party had the power to select a Board representative.

Inexplicably, David, the de facto CEO of the local football body, did not share this information with Prescott.

Board Members Sharon Warrick (Women’s League of Football) and Joseph Taylor (TTFRA) questioned the behaviour of John-Williams and David and wondered if they were willing to invalidate all Board decisions taken in the past year, just to be rid of Look Loy.

“Is this again another attempt at distraction from the very important matters that face the TTFA at this time?” asked Taylor, who said the TTFA’s constitutional changes should have already put this matter to rest. “[…] The listing of this as the second item is quite alarming to me and others, as the matters of the financial status of the TTFA [should be paramount].

“The impromptu Thursday meeting [involving representatives from FIFA and Concacaf regarding] suggestions for ideas/plans to deal with the growing debt of the TTFA is more relevant and pressing.”

Taylor, who is principal of Mucurapo West Secondary school, reiterated a call for Board meetings to be moved to a more convenient time. Members urged John-Williams and David to have 6pm start times for mid-week meetings, so they could get to Couva in time after work.

The TTFA president and general secretary have so far ignored such requests.

“There were at least six members who called for an Emergency Board Meeting to specifically deal with the financial situation, after learning of the garnishing of the funds from the TTFA bank accounts,” said Taylor. “We got no response to the request. Where is the Finance Committee?

“[…] Mr President and General Secretary, several Board Members also requested the inclusion of other matters on the agenda. Can I respectfully get a response to these requests?

“And also for the umpteenth time, can I and others who have requested a later start time with reason get a definite response for the Board Meeting on Wednesday 24th April, 2019?”

Article 35.2 of the TTFA constitution states: “the President shall compile the agenda; each member of the Board of Directors is entitled to propose items for inclusion in the agenda.”

Wired868 asked John-Williams to explain why he had not included concerns about his possible commingling of personal funds with the TTFA’s money on the agenda. He did not respond up to time of publication.