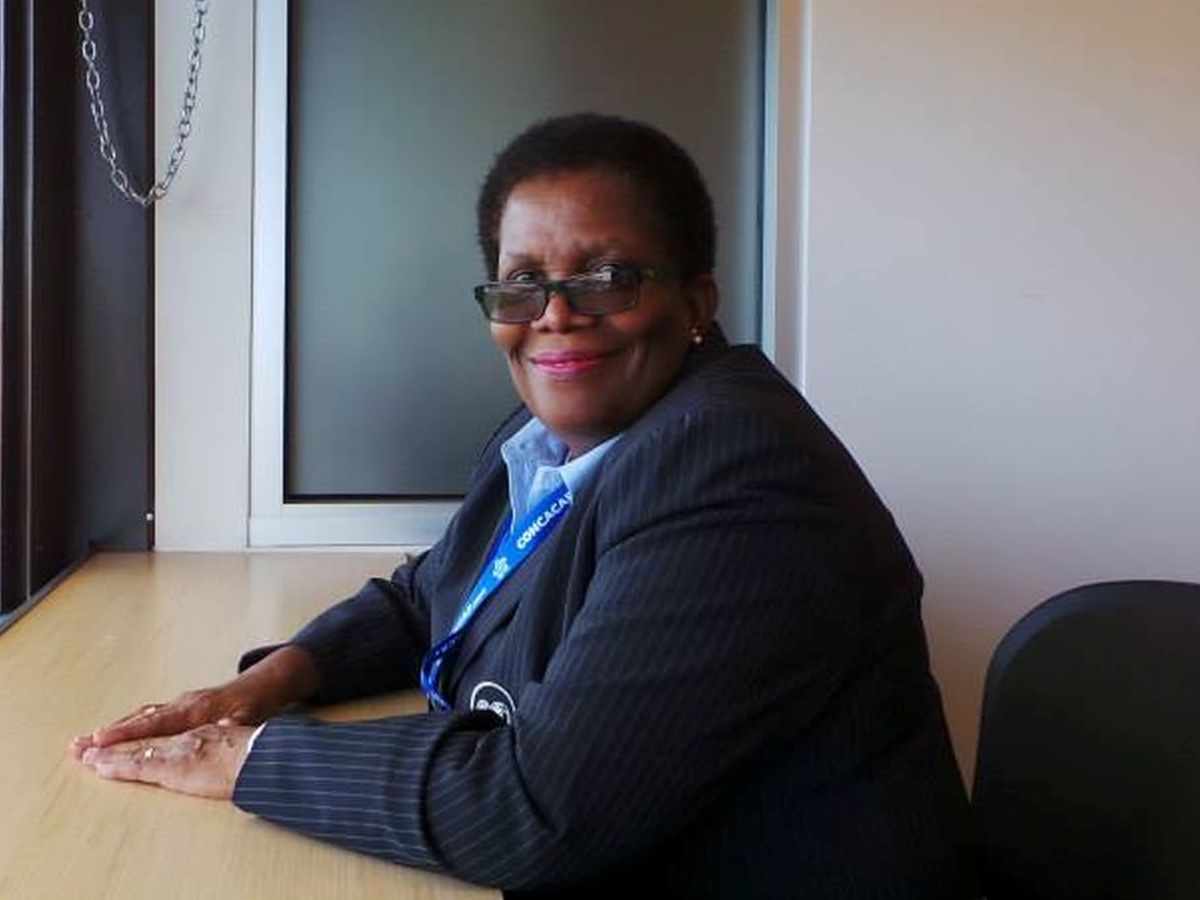 Guardian Media Sports was reliably informed that information had reached Concacaf that the TTFA had appointed Joseph Taylor and Boni Bishop to head the TTFA Referees Committee and Referee Department respectively against its advice not to do so at a meeting on October 4, 2019, because of a conflict of interest of persons who belong to the TTRFA, an organisation which functions as a Union for referees as stated in the meeting.

Also, it was pointed out that Taylor is the president of the TTRFA and Bishop is the chairperson of the appointments committee and is also the sitting general secretary of the TTRFA.

Guardian Media Sports has seen documents from the October 4 meeting which took place at the Ato Boldon Stadium in Balmain, Couva with all local refereeing stakeholders together with Dave Meikle, the Concacaf Referee Manager for the Caribbean region and Javier Santos, the Referee Development Officer for Concacaf, present.

TTFA was advised in October to have the appropriate referee committee established according to the FIFA regulations and to immediately revised the constitution to reflect best practices as directed by FIFA statutes and to guard against dual roles for those serving the TTFA referees committee and the Referees Association.

However, it appears that despite Concacaf's advise TTFA led by William Wallace, who took up office on November 24, 2019, acted against FIFA's advise by making the appointments in January and again in March.

Among those who attended the meeting were:

The meeting which was chaired by David became necessary after two previous meetings by Jamaican Peter Prendergast, a Concacaf Development Officer and former two-time World Cup referee failed to get parties to comply in 2016-2017 despite FIFA having amended its statutes in 2011.

The meeting was told that the roles and function of individuals serving both the TTRFA and the TTFA conflicted with FIFA statutes for several years and 11 topics of concerns were raised and discussed.

The number of votes the TTRFA has, was also a concern together with its position on board of directors, while the Secondary Schools League (SSFL) which represents perhaps the largest single stakeholder locally only had one vote and no seat at the board level.

Among the topics discussed were:

- There are a misunderstanding and misinterpretation of the FIFA Regulations on the organisation of refereeing in the member association;

- The refereeing department and the Referee Committee are deeply divided over the roles and responsibilities;

- The Referee Association is represented at the board level of the TTFA and has two votes;

- TTFA referees committee is chaired by Taylor, who is president of the TTFRA. Taylor is also the MA Fitness Instructor;

- Chairperson of the appointments committee is Bishop, who is also the general secretary of TTFRA.

Head of TTFA Refereeing Department, Wayne Caesar asserts that this arrangement means his department has no say in the appointment of match officials nor is his department aware of appointments. The MA technical instructors are also not copied on game assignments

Instructors Bramble-Thompson, Goolcharan and Ragoonath were also highly critical of this arrangement saying the Referees Association dominance of the Referees Committee amounts to third party control, also citing this is in direct conflict of the FIFA Statutes

They also informed the meeting that Messers Taylor and Downer are using their influence to coerce referees into registering with the Referees Association or face victimisation.

It was stated: "There is distrust among the parties as it is generally felt that the referee association members use the umbrella of the referee committee to advance their agenda.

However, "Taylor, Downer and Bishop denied the allegations during the meeting saying instead there is a move to break up the Referee Association which is there to represent the interest of the referees."

It was also highlighted that similar meetings for clarification were held in the past with the Refereeing Development Officer, Peter Prendergast. However, the parties involved have simply refused to comply.

According to Meikle, this evident divergence of refereeing interest must be resolved in the shortest possible time as this platform which has been allowed to exist will continue to do more harm than good. It appears to be devoid of transparency and objectivity. The present structure in T&T Member Association is not in keeping with the FIFA Statues relating to the organising of refereeing.

Article 3.2 reads: “Under no circumstances may it fall under the supervision or control of other bodies, such as the leagues, unions or government (including parliaments and any other state authorities)”.

Meikle, then suggested a deadline of December 31, 2019, for the TTFA to regularise the situation and he listed seven recommendations items in particular item six which reads: "A specific timeline should be given to have the situation rectified and sanctions to be applied for non-compliance.

1. To have an appropriate referees committee established as per FIFA Regulations;

2. The TTFA needs to revise its constitution to immediately reflect best practices as directed by FIFA statutes;

3. The constitution of the TTFA should be amended to guard against dual roles, 1.e serving the referee committee and the referee association at the same time;

4. In general, we recommend that the TTFA uses its authority to avoid any appearance of conflict of interest to minimise the risk to the FA’s reputation concerning integrity;

5. TTFA should establish a code of conduct which outlines situations, for example, conflict of interest, which its officials should avoid and actions to be taken if problematic situations arise;

6. A specific timeline should be given to have the situation rectified and sanctions to be applied for non-compliance;

When contacted on the matter Ramesh Ramdhan, the general secretary of the TTFA and a former head of the TTFA Referees Department told Guardian Media Sports that he's aware of the matter and the letter from FIFA and the recommendations outlined.

He said: "Yes, I'm aware of it. There was a sequence of letters being exchanged prior to me becoming secretary, written by Concacaf to the TTFA. With in a week of coming into office I recieved a letter from Concacaf giving a deadline of December 31, 2019 to remove the conflict of interest that they saw residing in the refereering department. I could not address it then so I asked for an extension to the 14 January. It was then addressed subquently at a Board meeting when they were electing the chairman of the referees committee and the same conflict of interest thing came up among the Board. Mr Taylor was made to resign as the president of the TTRFA to pick up the appointment as chairman of the Referees Committee and he did and he was appointed."

However, on March 9, the TTFA appointed Bishop, who is the present general secretary of TTFRA to replace Caesar as Head of the Referees Department (HORD) following interviews conducted on February 26 and 27.

The Guardian Media Sports also saw documents which placed Bishop with the second overall best score of the three finalists, while former World Cup referee Merere Louis Gonzales finished first overall from the interview panel of six persons which comprised three TTFA Board members (Clynt Taylor, Joseph Taylor and Susan Joseph-Warrick) and which highlights the concern FIFA expressed at the meeting of October 4 about a conflict of interest.

The others who were interviewed for the top referee's position were Trenton Toney, Bramble-Thompson, Jaggernauth Goolcharan and the incumbent Caesar.

On Monday, the embattled Wallace-led football association got five letters of support from football affiliates towards its challenge of FIFA's decision to remove the duly elected officers and replace it with a Normalisation Committee to govern the sport of football here for up to two years.

The TTRFA letter is signed by Joseph Taylor as president despite claims that he has resigned from the T&TFRA. Bishop is also the general secretary of the TTFRA.