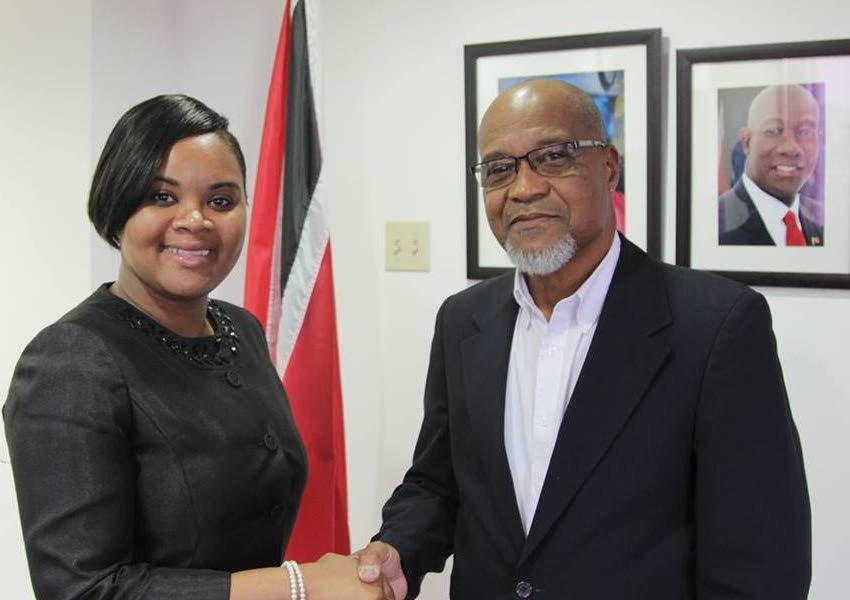 Though sympathetic towards the plight of the country's national coaches and administrative staff for unpaid wages for the last three months, Minister of Sports and Youth Affairs Shamfa Cudjoe has directed the staff and coaches to thrash out their salary issue with the T&T Football Association or the FIFA-appointed Normalisation Committee.

Both coaches and staff have not been paid salaries since February, due to the cash-strapped position of the embattled football association, and following a threat to take their plight to Prime Minister Dr Keith Rowley on Tuesday, the coaches are now hinting at possible legal proceedings.

They are now holding talks to decide what is their next move and how they will go about doing it.

At a meeting on Friday morning with the administrative staff and the chairman of the Normalisation Committee, businessman Robert Hadad, there was still no relief for the employees.

Cudjoe, when contacted by Guardian Media Sports on Friday said her ministry could not help as there is a practice for payment of salaries.

"I am going to say what I know the policy is and what the practice has been. The NGBs pay for their own coaches, through the assistance of their parent body. The same goes for football. So I trust that the FIFA committee and the relevant bodies would work on that matter. Right now, that is not a matter for the Ministry of Sports."

Quizzed on whether anything can be done due to the strenuous situation between the parties, Cudjoe assured, there could be no other answer that can be given.

The last time the coaches and staff were paid salaries was back in February when General Secretary of the TTFA Ramesh Ramdhan borrowed monies to pay them. Since then, however, Hadad and his members of the normalisation committee, retired banker Nigel Romano and Judy Daniel, and the ousted T&TFA members- William Wallace (president) and vice presidents Clynt Taylor, Joseph Sam Phillips have been at war for the ownership of the TTFA bank accounts, for the right to govern local football and the right to use the football association's letterhead.

Wallace and Keith Look Loy, the former TTFA Technical Committee chairman, both made it clear on a Field of Dreams programme on Monday night, that they were not willing to compromise their present stance by granting the normalisation committee access to the TTFA accounts so that payments could be made the staff and coaches while admitting they had nothing against the staff and coaches.

Cudjoe, who in April made a public call on football officials to come together for the good of the sport of football, also responded to a call by coaches for public assistance as was done during the ongoing covid19 situation by saying: "I am sure every citizen who would have lost their income due to COVID-19, is free to apply through the Ministry of Social Development and the necessary assessment and so on would take place there."

She dismissed the notion that the Ministry can make provisions for coaches and athletes in the event the NGBs fail in their duties to make payments. She said, "It is not the practice of the policy of the Ministry of Sport or SporTT. It is usually an arrangement between the NGBs and their parent bodies and that is where I stand at this point."

The TTFA is set to receive monies from the FIFA for the COVID-19 relief and grants to Member Association which the Normalisation committee intends to use to pay salaries.

This means the embattled football association is in line to receive US$1.2 million (an estimated TT$6.7million), plus a CONCACAF US$160,000 (an estimated TT$1,040,000) grant, as well as an unknown amount for the relief fund.

However, Romano told Guardian Media Sports on Wednesday that payments can only be made after a payment mechanism is worked out.

The coaches and staff have not been paid for the months of March, April and May.