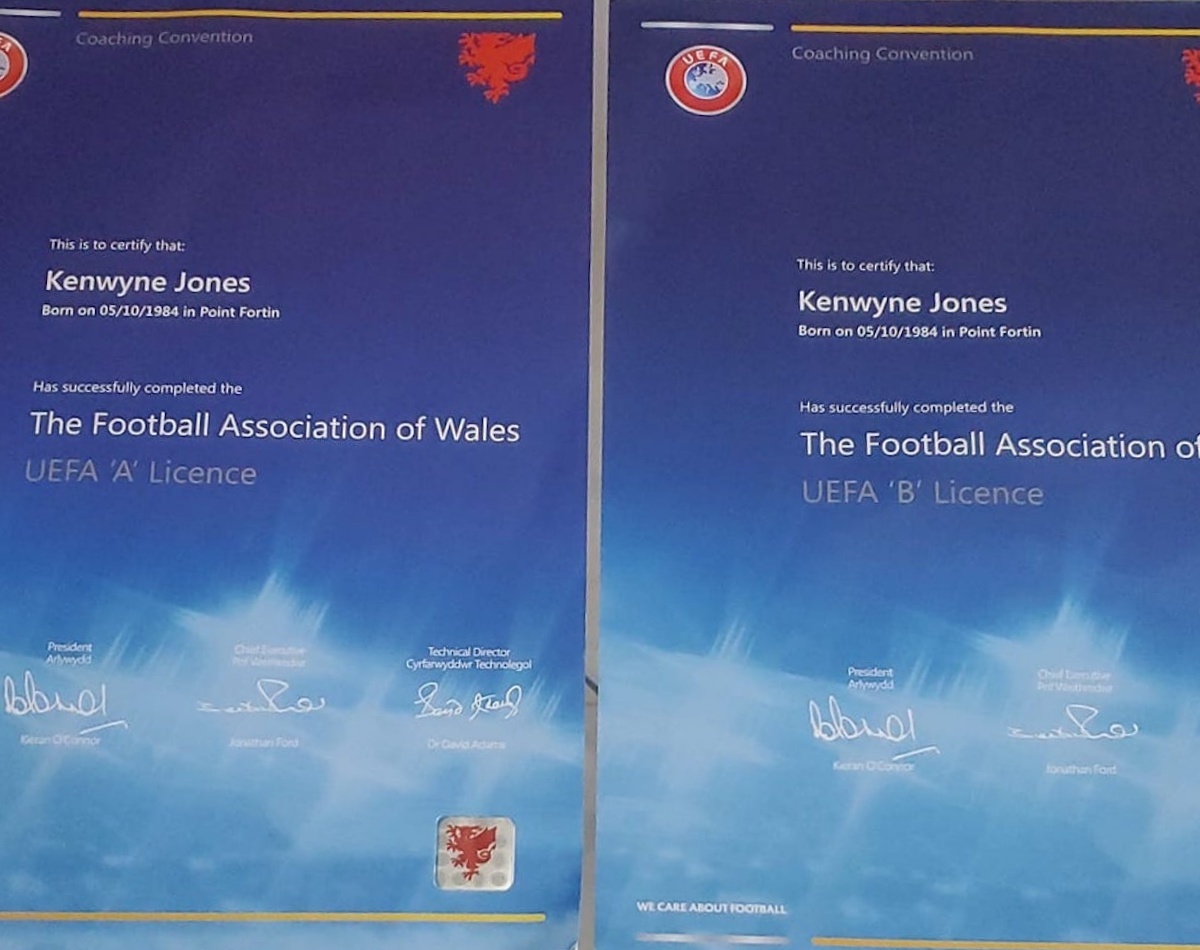 ones has received both his UEFA A and UEFA B licences. Since ending his playing days in 2017, Jones has had coaching stints with Queen’s Royal College and the National Under-17 team as an assistant to former team-mate Stern John.

“Been a rough time the last 18 months or so, but I must give God glory for his grace, and giving me the strength to go forward and add to my knowledge bank,” Jones commented via Twitter.

“UEFA A and B licensed also a Graduand of the 2020/21 class of the FIFA/CIES/UWI Post Graduate Diploma in Sports Management,“ he added.

A former St Anthony’s College pupil, Jones 36, spent 12 years playing with clubs in England and Wales following his 2004 move from local team W Connection. He played for Premier League sides Stoke City and Sunderland, as well as Sheffield Wednesday, Cardiff City and Bournemouth. At the end of his career, he had a 2016 stint with top Saudi Arabia club Al Jazira, before retiring a year later having played a Major League Soccer (MLS) season with American club Atlanta United.

Jones had 91 caps and scored 23 goals for T&T and was the youngest member of the country’s team which played at the Germany 2006 FIFA Men’s World Cup.