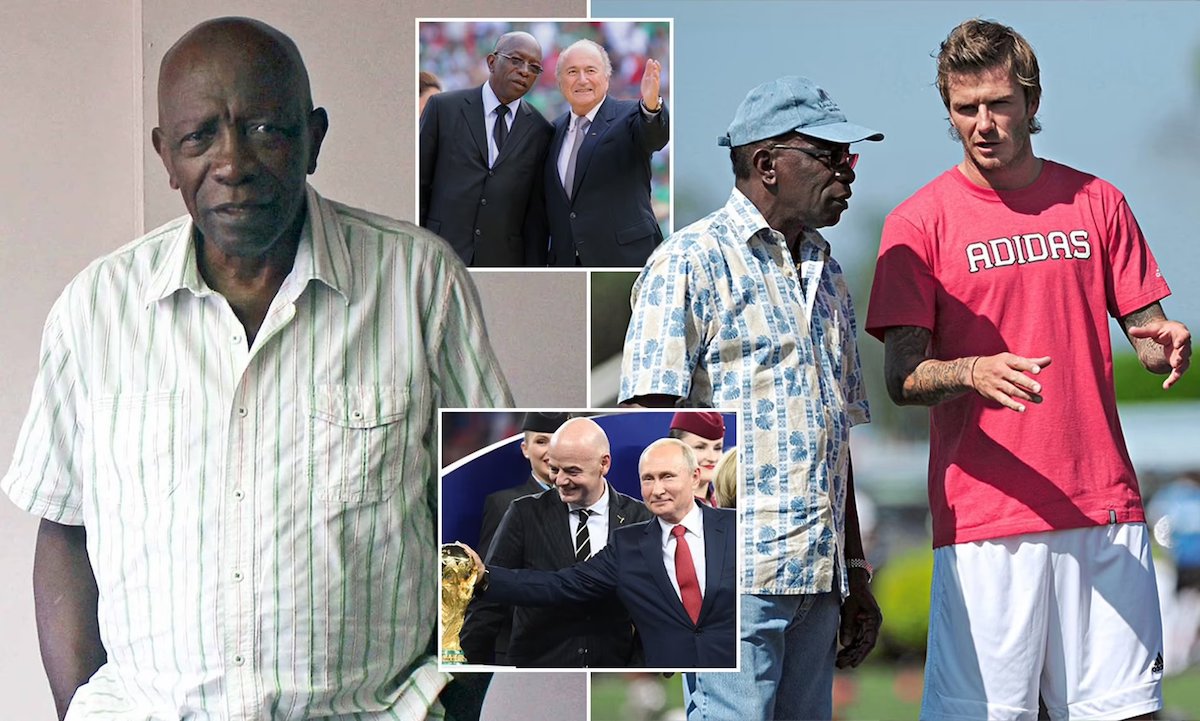 The four-episode series extensively covers allegations of corruption in the world governing body for football. It was released on Wednesday.

Sancho praised Warner – or what he thought him to be – saying that in the Caribbean, there's a "post-Jack and a pre-Jack (era)."

The pre-Jack era, he said, most "went about their business on their own...Twenty-five countries reporting back to Concacaf and FIFA.

"When Jack came in, he united the Caribbean and he gave every single Caribbean nation –whether you're small as Turks and Caicos or as big as Cuba – a sense of belonging."

He said Warner had a "very powerful hand" in T&T football.

"Nothing happened without him."

The docuseries also featured clips of the T&T squad that qualified for the 2006 FIFA World Cup in Germany – which included Hislop as goalkeeper and Sancho as a defender.

Hislop recalled fond memories of those times, but also spoke about financial negotiations with Warner.

"Jack made all the decisions around our football for quite some time. He wanted to have influence on people's careers."

Sancho recalled players having a meeting with Warner at which they asked for a "70/30 split for the commercial revenues that were derived from the World Cup."

He said they were all shocked when Warner agreed, especially as he was such a "powerful" man.

A qualification bonus was also discussed where they agreed on a 50/50 split.

But after this, "Everything started to go downhill," Sancho said.

During their World Cup run, Sancho said he began to see deductions for accommodation in Austria and Germany, and airfare, among other things, being deducted from their commercial revenue.

Sancho said, "All the trust and all the faith that we had in Mr Warner went immediately out the door, because how dare you take away our only moment we had of joy playing in the biggest sporting occasion?

"It felt like that ripped that away from us."

He said after T&T's World Cup run ended, a coach called him and said he'd like to recruit him but couldn't, because: "You are blacklisted. We're not allowed to pick any of the guys that's involved in the bonus dispute."

Hislop said there's still around $100 million "that is totally and completely unaccounted for.

"Jack never really had to account for where that money went."

During his tenure at FIFA, Warner was accused of racketeering, wire fraud, money laundering, and bribery, and allegedly accepted millions of dollars in bribes to ensure South Africa became World Cup hosts in 2010.

Former FIFA officials recalled other countries who wished to host the 2010 World Cup giving "royal treatment" to Warner and his colleagues, but to no avail.

Former FIFA secretary general Jerome Valcke said in 2007, he learnt a $10 million payment was to be made to the CFU (Caribbean Football Union) and Warner by South Africa to "fund the African diaspora in the Caribbean.

"There was a lot of pressure from Jack Warner to proceed with the payments," he said.

In May 2011 at a Concacaf congress ahead of FIFA's presidential elections, then FIFA president Joseph “Sepp” Blatter awarded a $1 million development grant to Concacaf – which was then headed by Warner.

Former US Soccer Federation president Sunil Gulati said, "It was about as blatant as one could be in terms of, you know, 'Let me give you a gift for your region, Mr Warner, in front of all your members 30 or 60 days before an election."

Warner then held another congress at the Hyatt Regency in Port of Spain at which another FIFA presidential candidate Mohamed Bin Hammam spoke.

But after Hammam's presentation, the heads of all football federations in Concacaf were invited somewhere to collect "a gift."

The gifts were envelopes with some $40,000 inside.

Many took the money but others refused and reported it.

Bin Hammam would later withdraw from the presidential race and Warner was suspended over allegations of bribery. Warner eventually resigned and FIFA banned him from any involvement in football for life.

Newsday contacted Warner before the release of the docuseries but he said he was not interested in it.

"It doesn't really interest me," he said.