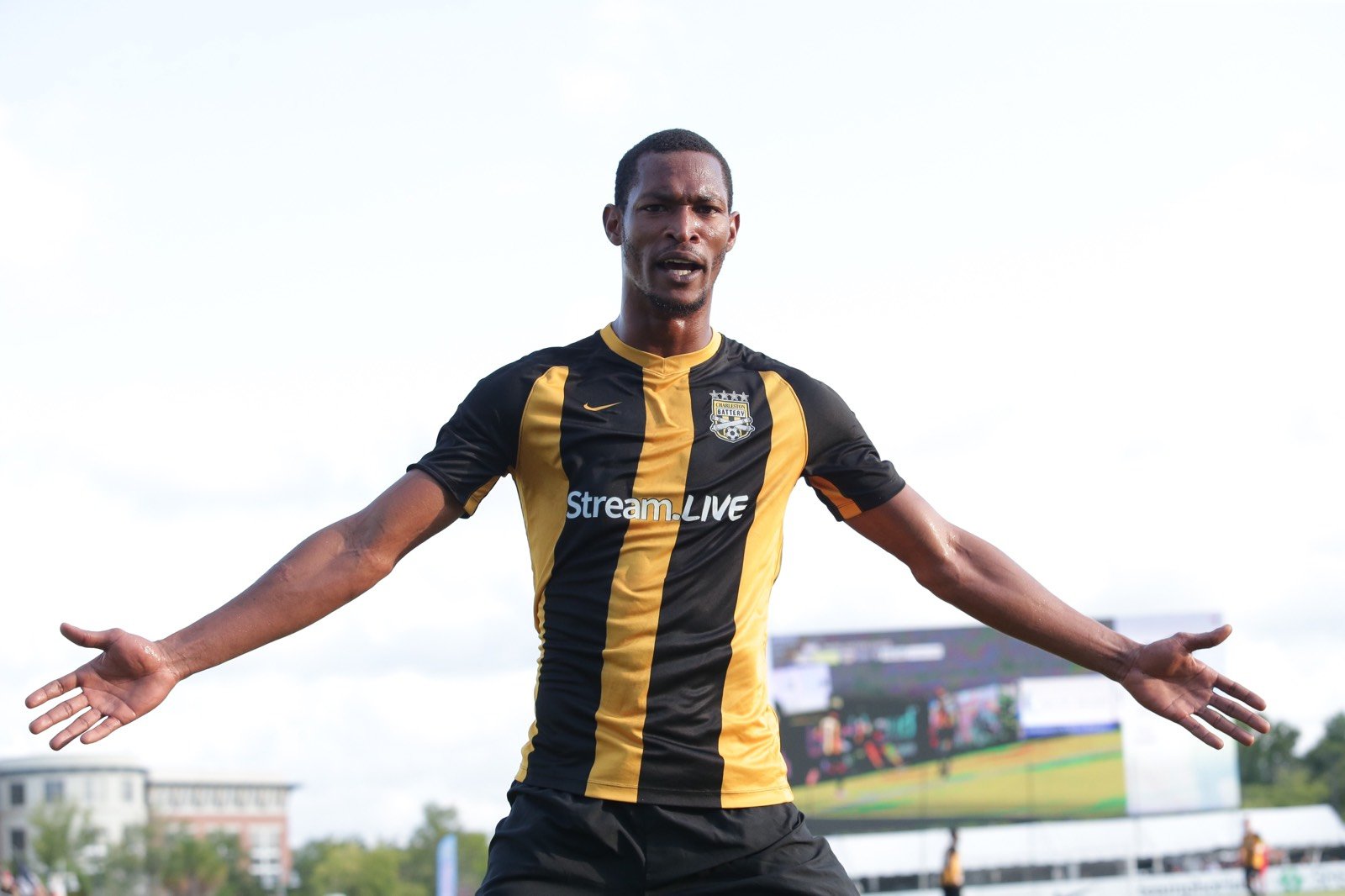 The Battery started brightly, scoring a goal inside of the opening twenty minutes of a match for the first time this season. O’Brian Woodbine received the ball out wide on the right and drove towards the endline before delivering a low cross to the top of the six-yard box. Goalkeeper Greg Ranjitsingh saved Ataulla Guerra’s first time shot, but the Trinidadian striker tucked the rebound in to put the Battery ahead early.

Guerra’s probably the best forward in the league,” said Head Coach Mike Anhaeuser after the match. “He’s not getting the recognition with these midseason awards and other things like that. He should be nominated for the midseason MVP. He’s got 10 goals, he’s leading the league and I’ll tell you what it’s disappointing that he’s not getting those accolades. The good thing for us is that he doesn’t care. He’s going to score. He’s doing it for our team.”

The hosts kept the momentum from the early goal going and doubled their lead midway through the half. Neveal Hackshaw rose up and met Gordon Wild’s inswinging corner kick at the near post, flicking it past Ranjitsingh and in for his first USL goal of his career.

“It was great to get my first goal,” said Hackshaw. “I’m so happy right now. Going in to the match, Coach told us that they play zone on set pieces, they don’t mark man-to-man, so the plan was to put the ball on the near post. We practice how we play, so we’ve been working on that. I made a good run and got my head to it and scored.

Louisville put together a few good spells of possession as the first half wound down and drew two free kicks in dangerous positions, but Joe Kuzminsky was equal to both and the Battery went into the break with a two-goal advantage.

The visitors had the majority of the ball in the second half, but had trouble creating chances in the attacking third. The Battery sat back, absorbed the pressure, and counter attacked when Louisville turned the ball over. Charleston had a chance to score a third goal after an exchange between Tah Brian Anunga and Woodbine sprung Wild free in behind in the 59th minute. Wild chased down the through ball and hit a stinging volley on frame, but Ranjintsingh was positioned well and held on to the shot.

Louisville eventually broke through in the 88th minute after a scramble in the Battery’s six-yard box. Substitute Brian Ownby served a long cross towards the back post. Paco Craig won the initial header, nodding the ball back across the box to Cameron Lancaster who flicked it on frame. Lancaster’s header bounced off the crossbar in the direction of Paolo DelPiccolo who rose above his defender to head the ball in and cut the deficit in half.

Oscar Jimenez was shown a straight red card in the 96th minute and the Battery held on to beat Louisville for the first time since 2015. Following Saturday’s win, the Battery will head out on the road to take on second-place Pittsburgh Riverhounds on July 21 at Highmark Stadium before returning home to host Richmond Kickers on July 28.