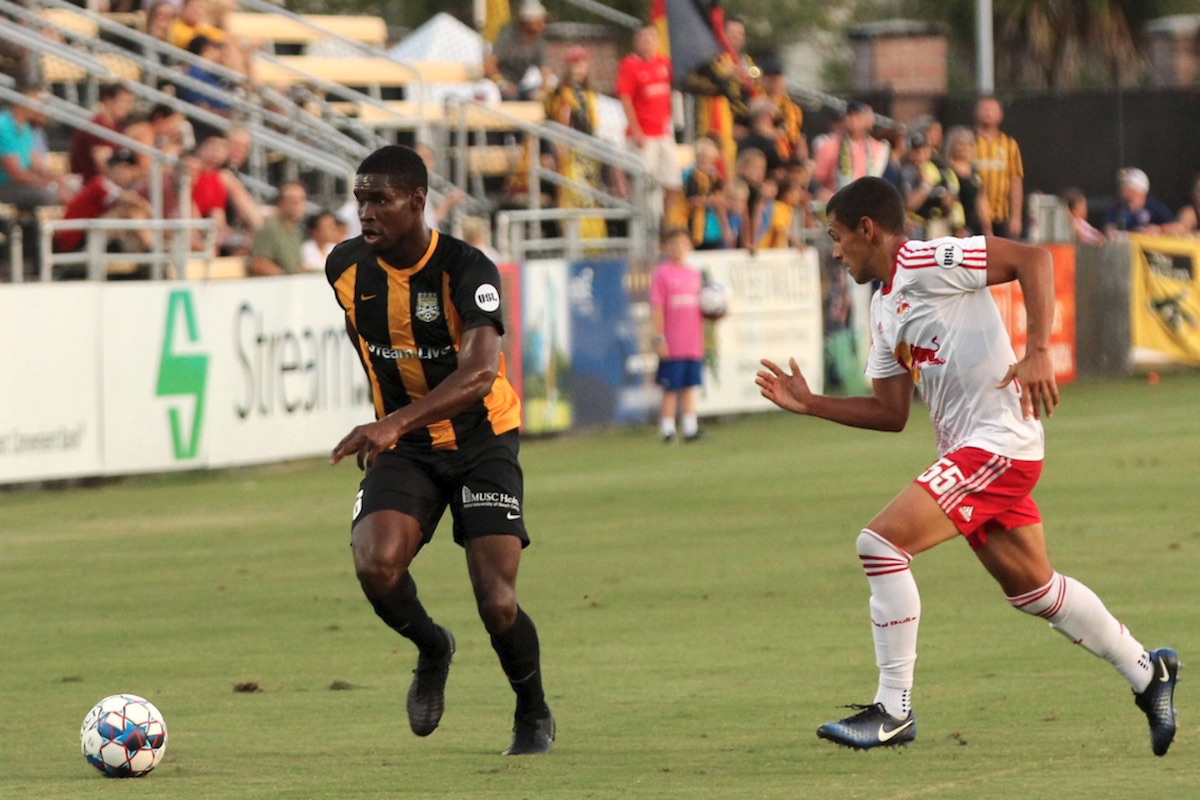 After a stellar collegiate career with the College of Charleston, defender Leland Archer joined the Charleston Battery earlier this year and bolstered a consistently great defensive back line. The 22-year-old has fit right in.

On appearance alone, the 6'4" defender is the epitome of what a defender should be: tall and built like brick wall. The former team captain for the College of Charleston, located just a few miles down the road from MUSC Health Stadium, was the CAA Defender of the Year for 2017 and joins fellow CofC alumni Nico Rittmeyer on the squad.

Archer, born in Port of Spain, Trinidad, played for the Trinidad and Tobago U17 and U20 National Teams and joins fellow Soca Warriors Ataulla Guerra, Neveal Hackshaw, and Skylar Thomas.

Having started eight matches since his mid-May signing and having played in nine, Archer has been splitting his playing time with Thomas, another towering defender at 6'5".

But Archer has been highly impressive and effective on the pitch, especially considering he is just 22 years old and on his first professional contract. He is the second-youngest player on the roster, next to Patrick Okonkwo, the Atlanta United loaned player who just turned 19.

Archers’ stat line for his first 11 appearances, where has started 10 with 929 minutes played:

For this week’s Beyond the Touchline interview, we sat down with Leland to see how soccer is different with the Charleston Battery.

After a very successful collegiate career, you played in 14 matches with Tormenta FC of the PDL. How did that help you prepare of coming to play for the Battery? What do you want to bring to the pitch on match day?
Tormenta is a great organization so they definitely helped me by allowing me to play over the summer. I bring good qualities defensively, and I am also good at passing the ball, so that helps the team on match days as well.

How is playing with veterans like Ataulla, OB, Taylor, Tah and Neveal helped your game play?
Obviously they are great players and they help me improve my game everyday. Ataulla, especially, has been helping me along in the process of becoming a professional and it has been fun.

I have learned that some players have superstitions and pre-game / post-game rituals, do you have any of those?
Not really. But I usually do not shower to close to game time. And I like to listen to Soca before matches.

(Editors Note: Soca music originated in Trinidad and Tobago is an offshoot of kaiso/calypso, with influences from chutney, cadence, funk and soul.)

What was the most influential piece of advice someone has given you?
To not think so much about what is going on outside and just focus on soccer. Then I can do my job the right way.

For the youth that are playing in local clubs and academies, what advice would you give them that you wish someone told you when you were in say U10; U13?
If you want to become a professional soccer player, keep working hard. You never know when an opportunity will come up, so keep working hard.

Thanks Leland, and good luck in the remainder of the season. Here’s to hopefully seeing you in your first professional playoff game at home in October.