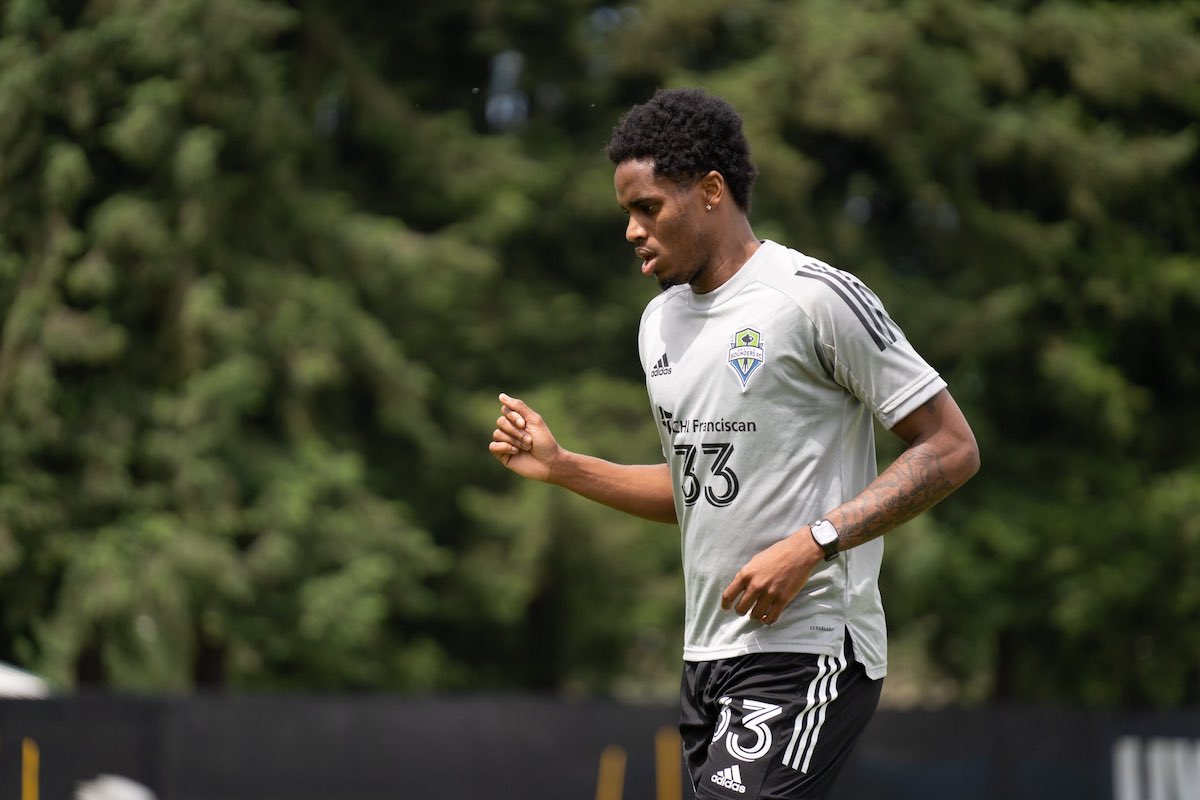 T&T quartet of Kevin Molino, Joevin Jones, his younger brother Alvin Jones and Greg Ranjitsingh have been given the all-clear to begin voluntary small group training sessions with their respective US Major League Soccer (MLS) clubs.

This was confirmed in a press release issued by mlssoccer.com yesterday which stated that clubs may begin to use outdoor team training fields for voluntary small group training sessions in compliance with detailed health and safety protocols that were created in consultation with medical and infectious disease experts.

The release added: The sessions must not conflict with local public health official or government policies and provide the ability for players to step up their training while maintaining physical distancing protocols.

MLS issued a league-wide team training moratorium following the suspension of the 2020 season on March 12 due to the impact of the COVID-19 pandemic.

But, on May 6, players were allowed to begin voluntary individual workouts at outdoor team training facilities in accordance with local public health official or government policies with their respective clubs as the league-wide moratorium on full team training remained in place through, and including June 1 (Monday).

To date, midfielder Molino and goalkeeper, Canada-born Ranjitsingh returned to individual workouts with Minnesota United FC on May 12, Alvin resumed training with Real Salt Lake FC on May 7, and Joevin kicked off training with defending champions Seattle Sounders FC on May 18.

But with MLS set on resuming the season shortly, the league has outlined club-specific plan guidelines which must be put in place before initiating small group training sessions.

They include the submitting to MLS a club-specific plan that has been reviewed and approved by the club’s medical staff and local infectious disease expert as well as building on the health and safety protocols implemented for voluntary individual workouts, club-specific plans must adhere to the guidelines for voluntary small group sessions.

Also, during small group sessions, clubs must continue to maintain the health and safety protocols implemented for the voluntary individual workout sessions.

Canadian Premier League (CPL)-based T&T trio of Akeem Garcia and Andre Rampersad, both of HFX Wanderers, and Kareem Moses of Edmonton FC are expected to be allowed to train outdoors with their respective clubs soon.

This is according to an article on sportnet.ca on Tuesday which said the decision to resume training was pending approval from their local authorities.

Both Garcia (23) and Rampersad (25) joined the Wanderers after a title-winning season in T&T Super League with FC Santa Rosa in 2019 while 30-year-old Moses is also in his second year at Edmonton having left Finland's FF Jaro in January 2019.

The league was slated to start its second season on April 11 but postponed the kickoff on March 20, saying it was following Canada Soccer Association’s decision to suspend all sanctioned soccer activities — and COVID-19 directives by governments and health officials banning public gatherings during the global pandemic.

The suspension of the regular-season came one week after the CPL said it was halting pre-season training for all its clubs for 14 days, and since then the league has remained on hiatus. Now the CPL is looking to resume training, although it may be a staggered return.

The league said Tuesday that it and its eight clubs are “actively engaged” with their respective provincial and municipal governments regarding approval required to return to training.

“The CPL’s clubs are expected to commence training shortly that will begin with non-contact individual or small group workouts on a rolling basis pending approval,” it added in a statement.

“All player workouts must be conducted according to the Canadian Premier League’s return-to-training protocols. The priority of these protocols is the safety and well-being of players, technical staff and employees, as well as their families when they return to training.”

Since suspending play, the league has asked the federal government for financial assistance during the global pandemic.

The league has asked Ottawa for “short-term financing” of $15 million, saying it is working “on any and all scenarios” related to playing a season in 2020.

The league moved to control costs last month with players having 25 per cent of their contracts deferred, while coaches, inclusive of former T&T senior team coach Stephen Hart (HFC Halifax Wanderers), technical staff, and club and league employees are taking unspecified pay reductions “during this challenging time in order to keep as many people as possible employed.”

In North America, 22 MLS teams including Vancouver, Toronto and Montreal, have started voluntary individual outdoor workouts at their training centres.

Looking ahead towards a possible start of the season, the CPL has also approached the Prince Edward Island (PEI) government, one of eastern Canada's maritime provinces of New Brunswick and Nova Scotia in the Gulf of St Lawrence, about the possibility of holding its 2020 season on the Island.

To mitigate the risk of someone in the league bringing COVID-19 to the province, the league is proposing everyone would quarantine for 14 days before arriving and then a further 14 days after that, for a total of 28 days.

The league would bring significant benefits to its summer season host. The 300 players, coaches and media would be on the Island for 60 days for a 36-game season. The games would be played without a live audience, for television broadcast only.

The league is planning to start the quarantine of participants on June 15, and MacKay the province will probably have to decide in the next few days.