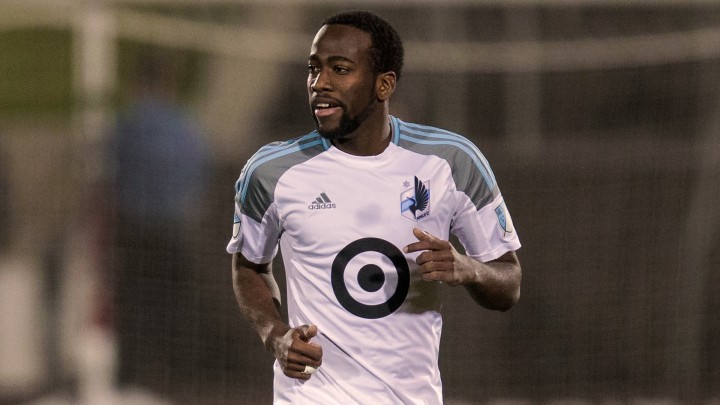 Columbus Crew SC are still basking in their MLS Cup victory, but as they look ahead to the 2021 season, general manager Tim Bezbatchenko hasn't been resting on his laurels.

On the contrary, the Crew have made a couple of the more notable moves of the offseason, first with the signing of legendary striker Bradley Wright-Phillips, then the news that they had signed former Minnesota United standout Kevin Molino. It makes the Crew that much more dangerous as they eye their title defense, with the Extratime crew digging into the implications of the moves on the latest episode.

Regarding the significance of Molino's arrival, host Matt Doyle said he expects the veteran to slide in as the starter immediately, even with the talent Columbus already has on the wing.

"If he’s healthy and he’s playing anything like he did last year during the stretch run and into the playoffs, then he’s the starter," Doyle said. "No disrespect to Derrick Etienne or [Pedro] Santos or Luis Diaz, all of whom have proven to be really good players for winning teams. Kevin Molino’s better than any of them, but this gives Caleb Porter now the flexibility to rotate, to keep guys fresh, to be sort of matchup dependent. You could also slide either Santos or Molino inside a little bit, play as a No. 10 directly next to [Lucas] Zelarayan – different style No. 10, obviously, but you play a little bit more counterattacking, a little bit more linear with those two guys.

It's certainly some crafty work from Bezbatchenko, who has established himself as one of the league's top executives during his time with Columbus and Toronto FC. Doyle said that in his mind, Bezbatchenko and Seattle Sounders GM Garth Lagerwey seem to be in their own league when it comes to knowing how to build an MLS roster that can take you deep into the playoffs.

"I kind of tossed this out maybe six months ago, like, what would you trade for Garth Lagerwey? What would you trade for Tim Bezbatchenko?" Doyle said. "Because these two guys have their teams going deep into the playoffs every single year. They’re able to refresh their rosters, they’re able to get guys like Zelarayan or like [Nicolas] Lodeiro, but then they’re also able to go further down the budget list and add guys like a Kevin Molino or like a Joao Paulo.

"So this has been just a masterclass of an 18 months from Tim Bezbatchenko, it’s an MLS Cup-winning roster that has only just gotten better, which is spectacular if you’re a Crew fan. And it’s absolutely what they deserve as a fanbase given what they did in 2017 and 2018."