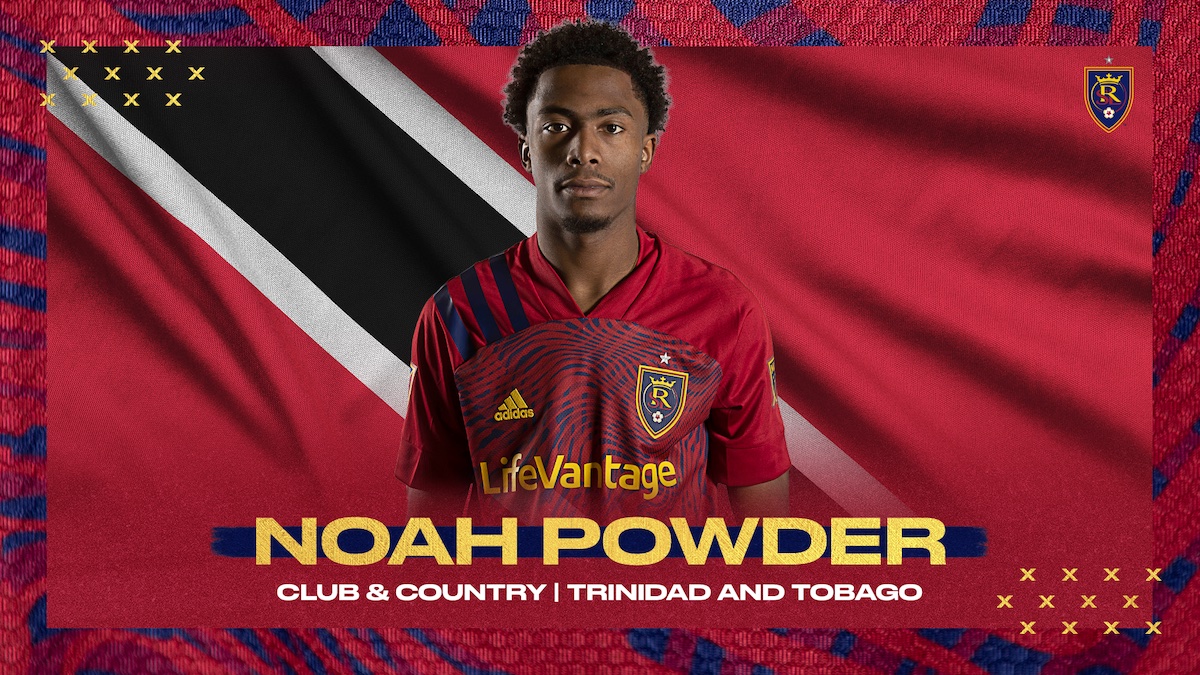 Real Salt Lake defender Noah Powder has been named to Trinidad & Tobago’s squad to face the United States at Exploria Stadium in Orlando, Florida on Sunday, January 31. The match will kick off at 5:00 p.m. MT and be broadcast live nationally on FS1.

“It is always an honor to receive a call to your national team and Noah has earned this opportunity,” RSL General Manager Elliot Fall said. “As someone who is hungry to show his skills at every level, he’s proven that he’s ready for the international stage and we wish him well in Sunday’s match against the United States.”

Powder, 21, played 30 regular season matches for the Monarchs in 2019, scoring two goals in 2,629 minutes. In the playoffs, he notched two assists and scored in the USL Championship Final to secure the club’s first title. To date, Powder has nine goals and seven assists in 90 USL matches, logging 7,050 minutes, including one goal and four assists in 10 appearances in 2020.

“I’m truly honored and humbled to receive my first senior team call for the country I’ve enjoyed representing through the youth ranks,” Powder said. “This is a huge honor not only for me but my whole family who has been behind me the whole way. I’m looking forward to meeting the lads and the coaching staff for this upcoming camp.”

Internationally, Powder has played 13 matches across the T&T U-17 and U-20 sides, notching two goals for each age group.

Powder joined the Monarchs prior to the 2019 season as a young veteran in the USL Championship. Success has followed since his professional career began in 2016. The New Jersey native played two seasons with New York Red Bulls II in 2016 and 2017 and helped NYRBII to a USL title as a rookie. He then joined Orange County SC in the USL Championship where he helped OCSC to the Western Conference Final in 2018.

WATCH: Noah Powder looks ahead to Sunday's International Friendly against the United States