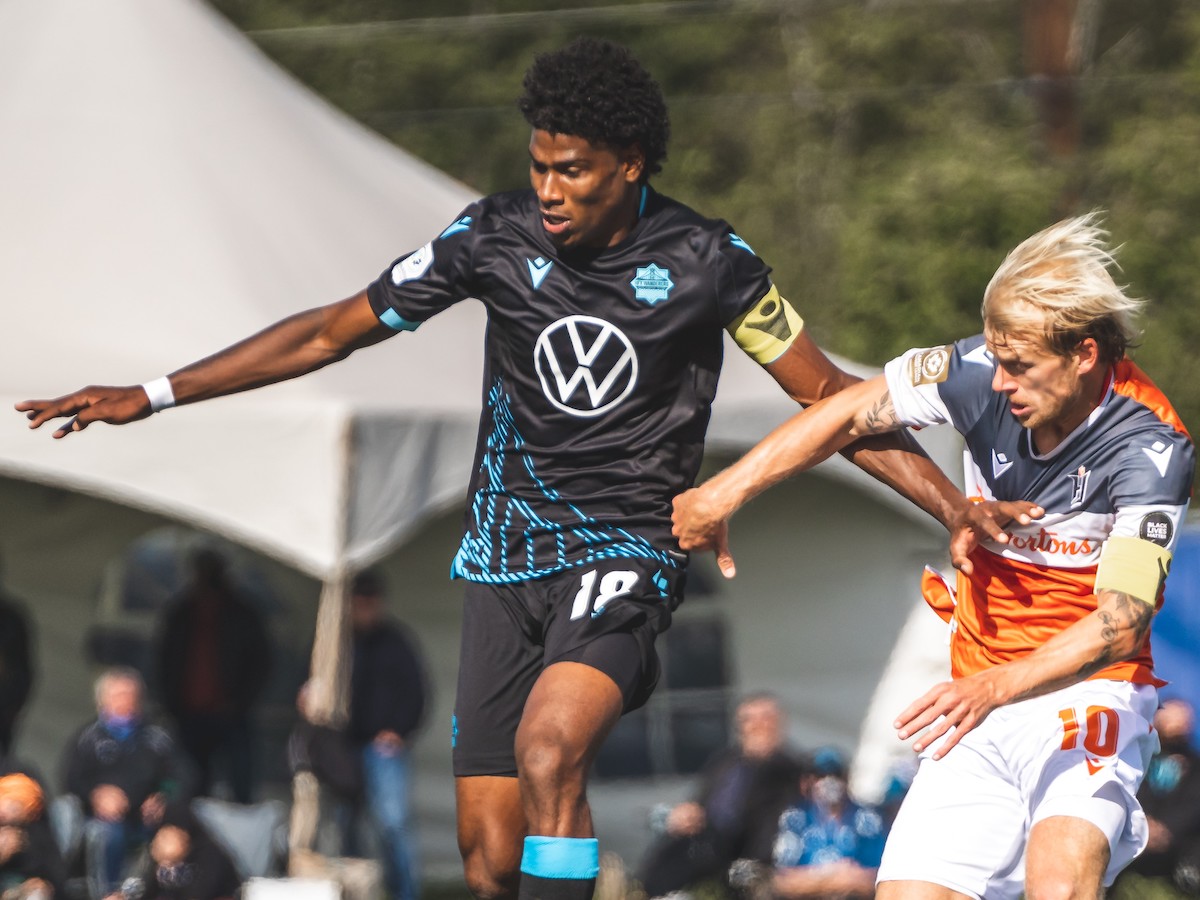 It is said that cricket as a passion is distinctly contagious.

But even the gentleman’s sport couldn’t eclipse the lure of the beautiful game for Andre Rampersad.

“When I was going to school, I was more into cricket and it was cricket that I really liked,” the HFX Wanderers captain and midfielder from Trinidad and Tobago said in a recent interview.

“I thought it was exciting at the time. But then I found soccer and it took me away. I was probably 12 years old and heading to secondary school. The excitement of football was what caught me and I fell in love with it. I was so good at the time, I figured I better switch and just stick to one. So, I chose soccer.

“I still enjoy cricket. Sometimes when I’m home, I’ll play it in the streets.”

Before long, Rampersad’s rapid accession brought him to the National Super League, a semi-professional association of football clubs in Trinidad. He joined his first pro team – FC Santa Rosa – when he was 18 years old.

“It became serious after that,” said Rampersad, who turned 26 on Feb. 2.

His manager during his final season (2018) with Santa Rosa was Derek King, who assisted Stephen Hart on the Trinidad and Tobago national team and would eventually join Hart’s coaching staff for the Wanderers’ inaugural season.

“He came down for a bit to see what we could bring to the Wanderers,” Rampersad recalled. “I guess he thought we could work with his system and the way he wants us to play. He gave us a shot and brought us over and now here we are.”

Hart – the reigning CPL coach of the year after steering his club from a last-place finish in its inaugural season to one victory short of capturing the championship banner in 2020 – has been influential on the Trinidadian trio.

Rampersad said Hart, who hails from the Trinidadian city of San Fernando on the Gulf of Paria, “has definitely changed my life around.”

“Stephen has showed me how to be a professional soccer player,” Rampersad said. “As a coach he always wants you to get better and do better. He’ll say, ‘yeah, you did good today, but can you be better tomorrow?’

“You can always go to him if there are things that are bothering you. Any day, you can go to him and he’s there to give you advice, what to do, how to get better, what to work on. He’s always a positive guy with the team and with the players. He’ll tell us to go out and express yourself, the football belongs to us. When you have that kind of coaching behind you, you’re just free to do what you do best.”

Training and playing alongside his fellow countrymen have also made the transition to a new league in a foreign land a little easier.

“I’ve learned a lot from Akeem and Jan. They have pushed me and really helped me express who I am and what I can do on the football pitch,” Rampersad said.

“It has been easier when you have guys you know around you. We have that chemistry. Even if you have a bad day of training or a bad game, they are around to keep you up and keep pushing you as well.”

After the team struggled through a mediocre first season, only a handful players were welcomed back in 2020. One of them, of course, was Rampersad who Hart rewarded with the captaincy for the leadership he had shown both on the pitch and off.

He was an instrumental force in the Wanderers’ success at the Island Games last summer, when they reached the CPL Final championship.

“Everyone has their own way of being a leader, off the pitch, on the pitch, wherever it may be,” Rampersad said. “For me, playing and keeping the guys intact, motivating them and helping them with their confidence, it all comes naturally to me without even thinking about it.”

His importance to the club was noted in the fall when the Wanderers signed him to a two-year contract with a club option in 2023. Rampersad is among a slew of players who have been inked to new deals.

“We did really well in the league last summer, making the final. But so close, yet so far,” Rampersad said.

“They chose to bring me back because they want to keep together what we have right now. For me, it was an easy decision. This is a team that has accepted me for who I am. I love playing for them and I love playing at the Wanderers Grounds.

“We were all chatting in the off-season saying we need to work harder and be ready for next season because teams are going to be coming after us and we have to be ready for it and not be surprised. Those key players who’ve been brought back will only help with our success.”

Rampersad admits coming from the tropical backdrop of the southern Caribbean Sea to the cooler temperate climes of Nova Scotia was an adjustment.

But it didn’t take long for him to appreciate his new home.

In fact, he has remained in Halifax during this off-season. Rampersad can be found training and working out with teammate and Halifax resident Christian Oxner on a daily basis.

“They have welcomed me here in Halifax. I feel safe, I feel loved,” Rampersad said.

“It goes back to the first year when we had fans at the stadium. I know everyone says it but they are true fans. They are one of the main things that attracted me and made me want to stay here. The people here are really nice. It’s not just the fans but the people in general. It’s nice to live in a city like this.