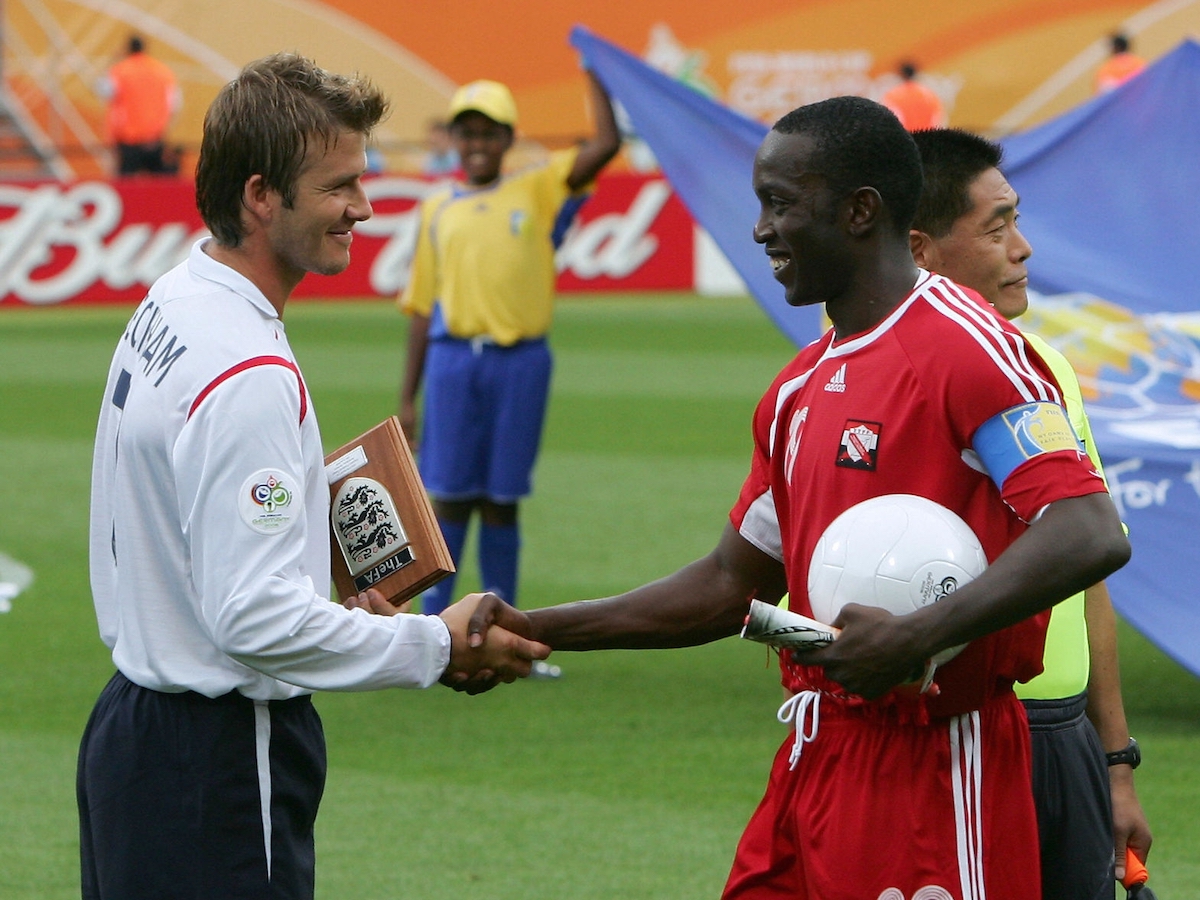 Ask any of the Manchester United treble heroes from 1999 to select a career highlight and you would expect the obvious answer – but not Dwight Yorke.

The Red Devils remain the only team ever to do that, something Yorke speaks about with immense pride during his appearance on talkSPORT’s latest episode of Up Front With.

But leading Trinidad and Tobago out at their first-ever World Cup in 2006 means more to the United icon.

“That was the pinnacle of my career,” Yorke told talkSPORT. “We came close back in 1990 when we should’ve qualified for the World Cup in Italy.

“We needed one point against America and we were playing at home, we lost 1-0.

“I would’ve been the youngest player ever to play in the World Cup. There was history to be made, but unfortunately that didn’t happen.

“Winning the treble, winning the Premier League, Champions League, FA Cup and all of the above – taking my country to the World Cup has to be the greatest achievement simply because we are probably the smallest nation ever to play in the World Cup.

“What it means to our people, what it represents for the whole of the Caribbean – having done that, for me it has to be the greatest achievement of them all.”

Nevertheless, Yorke insists the unprecedented treble will live forever in history, no matter what people say.

That famous United side always feature in debates about the greatest Premier League team of all time, but some question whether they were as good as other iconic outfits like Arsenal’s ‘Invincibles’ or Manchester City’s ‘Centurions’.

“That’s historical. It’s never been achieved before,” Yorke said when asked about the treble. “What are you expected to do in your first year?

“Those moments in football that we experienced, particularly in the last ten days of that season, what we enjoyed, winning my first Premier League, FA Cup and Champions League.

“This was a huge thing and I’m probably one of the luckiest guys to be part of that team. But it was a hell of a team, a hell of an achievement, and to be in the history books – nobody can take that away from me, no matter what people say.

Despite all the success at United, it was a goal for Aston Villa which Yorke remembers most fondly.

The 49-year-old famously sat Arsenal icon David Seaman down and had him sprawling back across the goalline to no avail with the cheekiest of Panenka penalties in 1998.

With qualification for European football on the line in front of a packed out Villa Park, it summed up everything Yorke stood for as a player.

“We played Arsenal on the last day of the season and needed to qualify for Europe,” he said. “They had an unbelievable back four with Tony Adams, Martin Keown and Steve Bould.

“My goal against David Seaman, we won 1-0, I did the Panenka against him. He looked huge in the goal and I thought he would save it if I went either side. So i thought I’d be cheeky with it.

“It’s something I practised after watching him and studying him. Doing it in front of 45,000 fans, what it meant and to do it against England No. 1 – it had a bit of everything.

“The personality I was on the football pitch, and to do it at that time, makes it the greatest moment.”