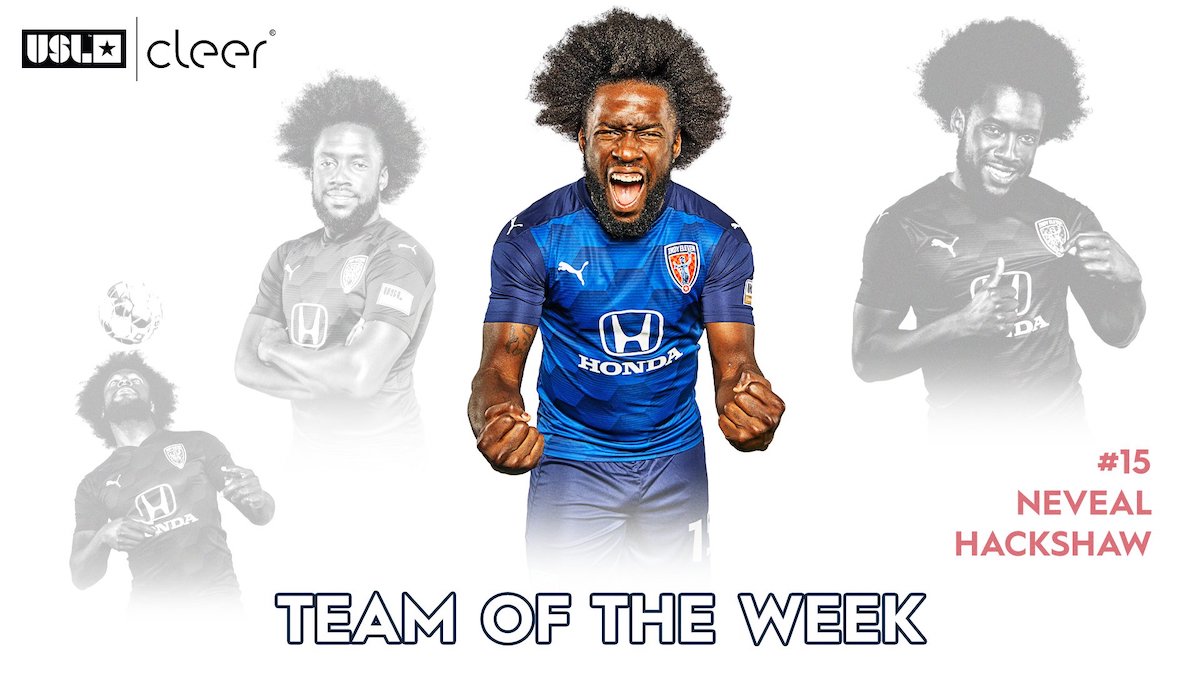 For the third time this year, an Indy Eleven player has found a place in the USL Championship Team of the Week presented by Cleer Audio, with defender Neveal Hackshaw earning the recognition for his Week 10 performance at Louisville City FC last Saturday.

The Trinidad and Tobago international finds himself in the TOTW after an impressive offensive display in Indy Eleven’s riveting 3-3 draw at Lynn Family Stadium. Hackshaw collected his first assist of 2021 in the early going, swinging in a mouthwatering cross that connected with midfielder Cammy Smith’s head in the 9th minute to level the game at 1-1. Just 11 minutes later Hackshaw found his way into the box and onto the end of an aerial ball from midfield hit with precision by Nick Moon. Hackshaw sliced the ball home off a jaw dropping, first-time finish, his first goal of the campaign leveling the back-and-forth affair once again at 2-2 in the 20th minute. Not only did Hackshaw contribute big offensively, but he held down the left flank defensively as well, intercepting the ball four times and notching six clearances along the way to ensure Indy was able to claim a point on the road.

The 25-year-old recently returned from a pair of World Cup Qualifying round matches with the Trinidad and Tobago National Team. The La Horquetta, Trinidad, native earned his 16th and 17th full international “caps” in a scoreless draw against Bahamas on June 5, and a 2-0 win against Saint Kitts and Nevis three days later on June 8, playing the full 90 minutes in both contests. Since returning to USL Championship play, Hackshaw has won 13 duels, and tallied 13 clearances and nine interceptions in his last three appearances.

Hackshaw is the first member of the Boys in Blue to be selected to the league’s Best XI since Week 6, when forward Jordan Hamilton earned his first nod for a two-goal effort in Indy’s first trip to Louisville. Forward Gordon Wild was the first member of Indiana’s Team to make a TOTW appearance this season in Week 5, with goalkeeper Bobby Edwards and defender A.J. Cochran both earning “honorable mentions” in Week 9 and Week 2, respectively. The Championship’s Player of the Week is selected by the USL National Media Panel, which is made up of representatives from each media market in the Championship.