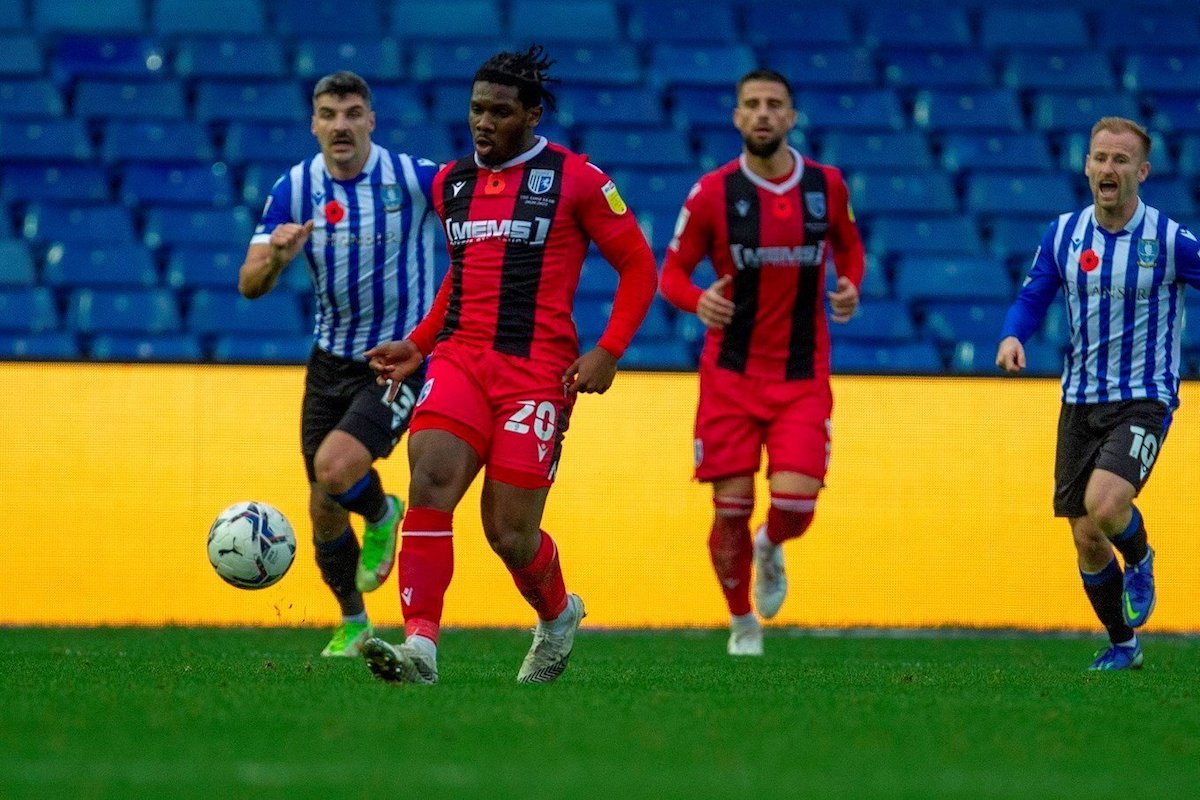 Daniel Phillips returned to action for the Gills with a man-of-the-match display against Sheffield Wednesday last Saturday and admitted, “It’s good to be back."

The Trinidad and Tobago international, on loan from Watford, now has his sights set on getting as much game time as he can, starting at Crewe this weekend.

Phillips, speaking ahead of Saturday’s Sky Bet League One clash, said: “I’m here to get experience and play games, so it was a bit of a setback when I got injured, but I just got my head focused on coming back. The squad have had difficulties with injuries but I got back in the squad sooner than expected. I want to play in every game. I want to play as much as I can and contribute as much as I can on the pitch.

“I don’t like to limit myself to positions; so far this season I have played a few positions across the midfield. I’ll do the job that I am asked to do. I like to get myself around the pitch. I don’t just sit back; I like to get forward as well.

“This squad is still capable of a lot, we just need to get people fit first and get a run going. The boys who are fit are trying to support the ones who are injured and vice-versa. Nobody wants to be injured and missing games. Everyone is working hard to get fit and get back to playing.”

The former Chelsea academy prospect, and cousin of ex-Gills playing legend Ian Cox, insists the team are feeling confident ahead of their trip to The Mornflake Stadium despite the mounting injury crisis that the Kent side are enduring. He also says that they will not be taking the Railwaymen, currently rooted to the bottom of the table, lightly as they will be desperately scrapping for points.

The combative midfielder said: “We will talk about Crewe today, hopefully we will go there with a strong squad. Whoever goes there will be prepared.

“Every game is equally important, despite where the team is in the table. There are no easy games when you get out onto the pitch. We know we need to pick up some points and we are working hard towards that. There is a lot of quality in our team. This is a big game for us, they all are.”