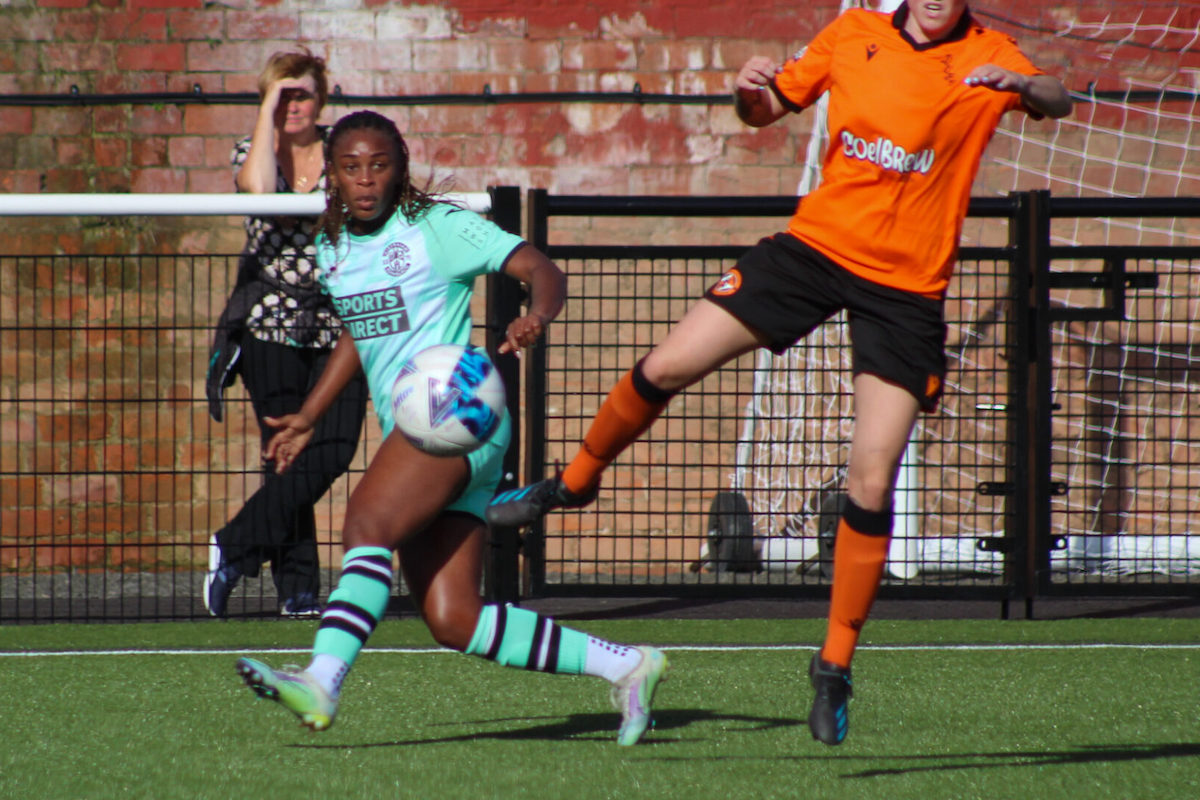 Liana Hinds assured fans that the hard work at Hibs Women would not slow down during the international break, as her new team ran out 3-1 winners against Dundee United earlier today.

Starting her Hibernian career in style by assisting Eilidh Adams and Krystyna Freda in her first match, Hinds played an influential role in today’s game.

‘I think we played well for the 90 minutes – we did a lot of positive things, and I also think we saw some things that we could work on but I think overall it was a good result. The work we put into the game showed.

‘I’m happy that I could make an impact with the team, it’s my first start so I’m definitely happy with that.’

Being one of the more recent arrivals during the summer, the Trinidad & Tobago international has also settled in well to life in the capital.

‘It’s been really good; the team is great. The facilities are great, the coaches are great – it's mostly getting used to the time difference that’s the biggest thing.’

With the international break sandwiched between the next match against Aberdeen, Hinds and the squad will be looking to improve on weaknesses highlighted earlier on in the season in training.

‘Any time off is a time to reflect and think about the things we can work on. I’m sure both the players that are away with their national teams, and the ones here will be working on those things.’