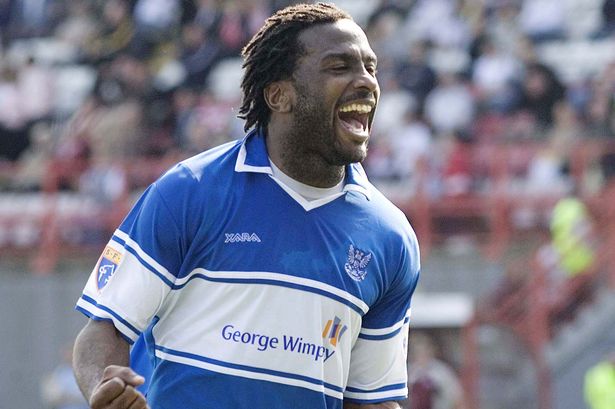 The 34-year-old was released by Barnsley yesterday and immediately signed a deal with promotion-chasing Accies until the end of the season.

And Neil is adamant the veteran hitman – who has also had spells at Dundee United, Swansea, Wigan, and Ipswich – is a massive coup for the Championship side as they bid to win the title.

The New Douglas Park gaffer said: “It’s fantastic we’ve managed to get this deal over the line and a big thanks goes to the guys behind the scenes for pushing it through.

“We’ve been speaking to Jason for a week and are delighted the deal has been done.

“We have a lot of young boys at the club and to have his experience and quality will be invaluable over the coming weeks.

“If you look at his career, Jason has always scored goals wherever he has been.

“He has undoubted quality, along with strength and we’re confident he’ll be a success with us.”

Scotland and Celtic kid Paul George has also been brought in by Neil during the transfer window.

And he has his eyes on a third addition as he gears up for a crucial point in their campaign.

He added: “I said I wanted three and that’s still the aim. There’s somebody we’ve been in talks with for a week or so and we’re hoping to get a deal sorted.”

The club are still awaiting international clearance for Scotland, right, but expect to have it in time for Saturday’s clash with Cowdenbeath.