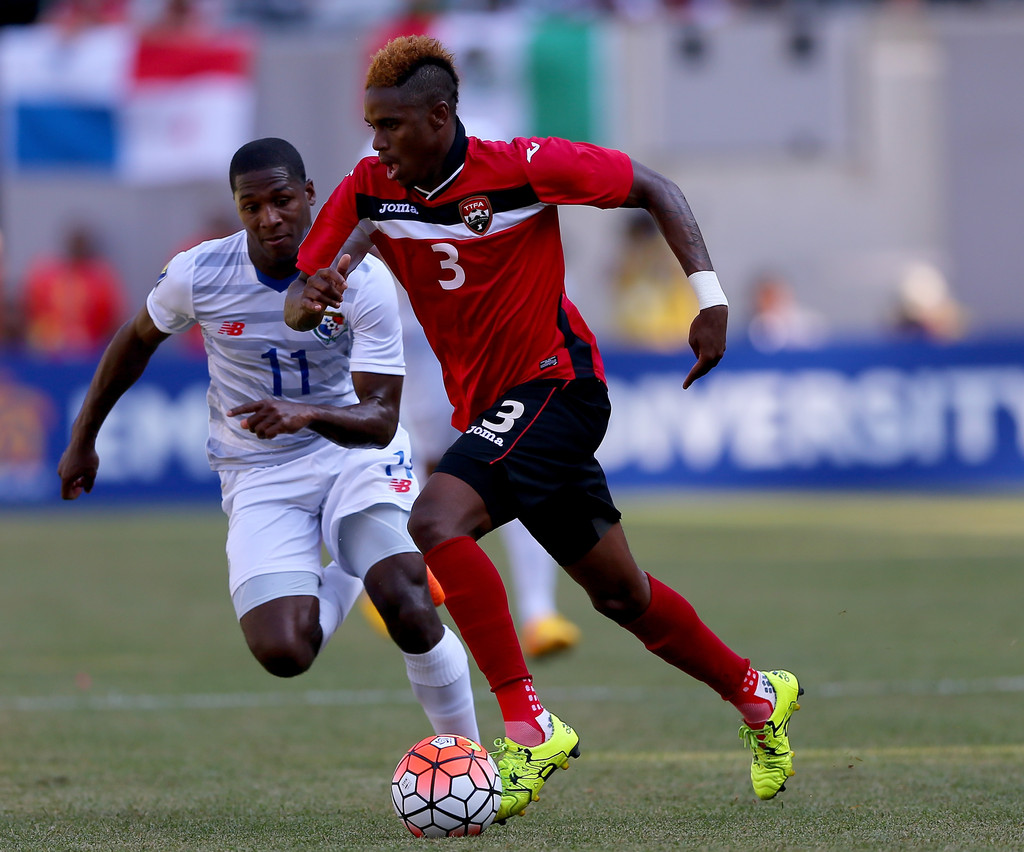 Fresh from inspiring his native Trinidad & Tobago to the brink of a Gold Cup semifinal, the Chicago Fire’s Joevin Jones is keen to keep his own momentum going and help turn around the Men in Red’s season.

The 23-year-old returned from a six-week absence to play a pivotal role in Wednesday’s exciting 3-1 US Open Cup quarterfinal victory over Orlando City SC, and he believes that win has changed the mood in the locker room ahead of Saturday’s key clash with Eastern Conference rivals New England Revolution (8:30 pm ET; MLS LIVE).

“From winning 3-1 on Wednesday it gave us more vibes,” Jones told MLSsoccer.com on Friday. “You could see the vibes in the locker room are different, and going into this game everyone has a more positive mind on Saturday and hopefully we come out with the win and move on.”

The versatile Jones has impressed at left back and left midfield since joining the Fire from W Connection in Trinidad & Tobago ahead of the season, and he continued that form into the Gold Cup, where the Soca Warriors were eliminated on penalties by Panama, 6-5, after a 1-1 draw in the quarterfinals last weekend.

“I think the Gold Cup was a learning experience for me; I gained a lot of experience playing against tough opposition like Mexico, Panama and Guatemala. It was a good experience for me,” Jones said. “I think I had a pretty OK tournament. I think I could have done better, but I did what I had to do.”

Jones excelled with his typical high-tempo, attack-minded play from left back, while he showed remarkable calm and focus to set up the game-tying goal from a last-minute corner kick in a thrilling 4-4 draw with Mexico that gave Trinidad & Tobago the top spot in Group C.

“When I was going to kick the corner there was a lot of pressure,” he said. “But once I blanked out the crowd and focused on getting the ball in the right area, I was able to do that, and it was great to gain a goal from it.”

Jones will be looking to build on his formidable partnership with Ghanaian winger David Accam, who is also returning to the mix after an injury, for the second half of the season. It’s a partnership that excites head coach Frank Yallop.

“He’s if not [the best] pretty close to being the best left back in the league,” Yallop said. “He had a good Gold Cup; he’s pleased to be back with us. I think he looked a little bit tired the other night, but he’s had a lot of travel, a lot of games, a lot of emotion that goes into a tournament, and I want to give him some time next week to gather his thoughts. But hopefully he can a very good game on the weekend, and I think with him and David together they’re pretty formidable down that side.”