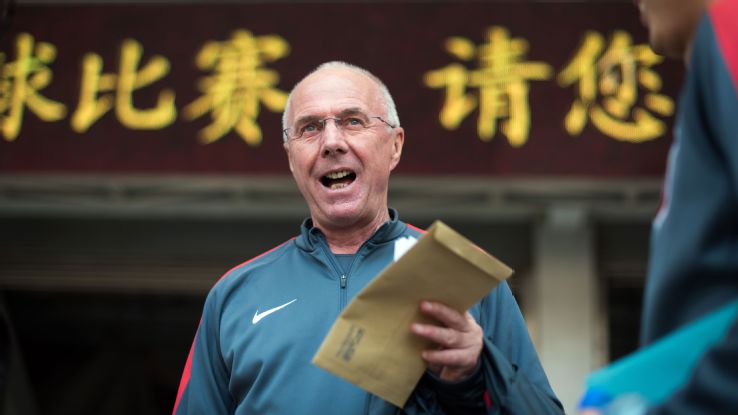 Cardiff striker Kenwyne Jones is a target for Sven-Goran Eriksson at Shanghai SIPG.

Initial overtures have been made to the former Stoke striker and a deal is expected to gather pace in the next few days.

Eriksson wants to take Jones on an initial loan with a view to a permanent switch.

The Trinidad and Tobago frontman has played regularly for the Bluebirds this season; scoring five goals in 20 appearances.

But the lure of huge riches in China could prove to good a proposition for Jones to turn down this month. Likewise, Cardiff are not against offloading Jones’ salary off their wage bill.

There has been huge investment into the Chinese Super League in recent months and there is a desire to land a number of player from Europe to raise the division’s profile.

Indeed, Sportsmail revealed last month how Shanghai were targeting Wayne Rooney in a deal that would net the Manchester United striker £75 million over three years.