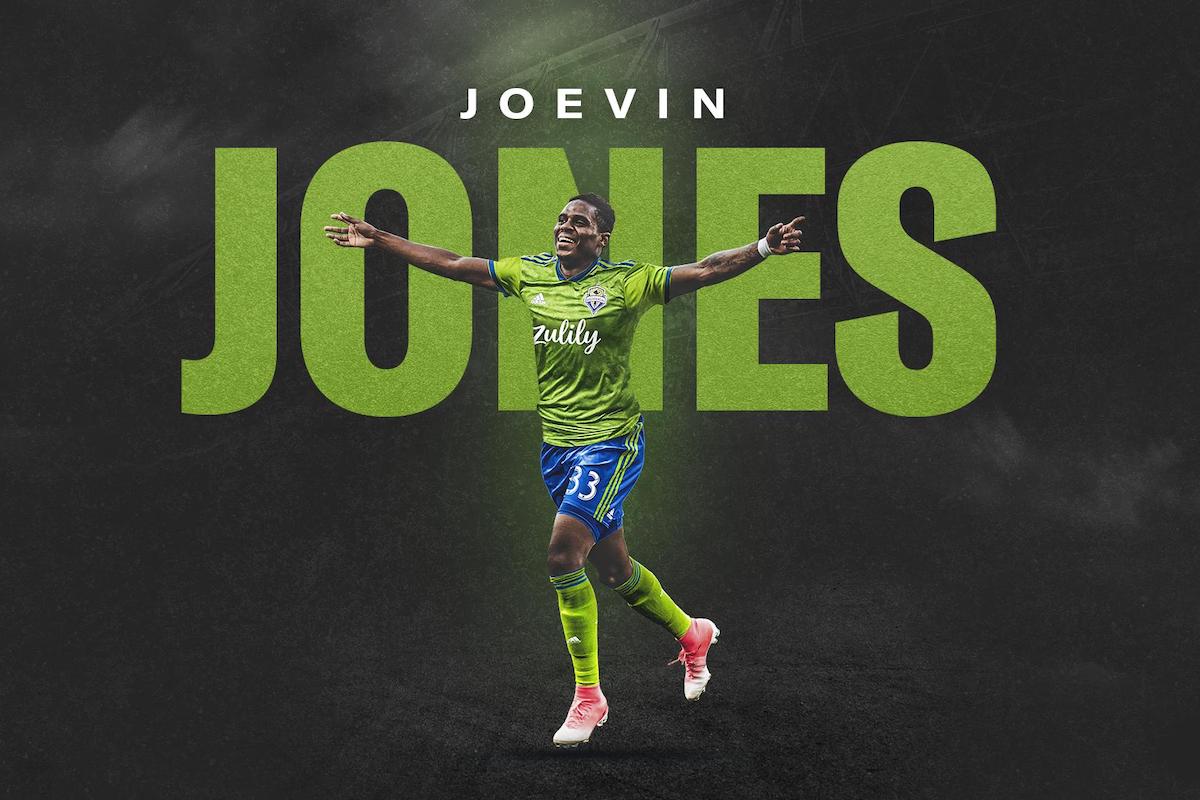 The Seattle Sounders made two surprise signings on the last day of the MLS Primary Transfer Window when they agreed to terms with centerback Xavier Arregea and left back/winger Joevin Jones. On paper, both of those signings are more long term than short term moves since the Sounders entered the season with what many believed to be the deepest left back and center back pools in MLS. In reality, both signings actually address immediate needs for the Sounders, though it should be noted that neither Arregea nor Jones are likely to be fully available until mid-summer.

For the Arregea signing, the pressing need to improve centerback depth became apparent when Chad Marshall missed the first LAFC match and the Sounders were summarily picked apart through the middle of the field during a 4-1 thrashing at the hands of a Western Conference rival. While backup centerback Roman Torres has played significantly better in his last couple starts, the continued injury problems for Marshall as well as his and Torres’ ages made finding another centerback piece sooner rather than later a priority.

How the Jones signing helps the team immediately is more complicated, but also potentially more dramatic. Here’s why:

Jones the fullback
Neither Brad Smith nor Nouhou have disappointed so far this season. Smith has put an iron grip on the starting position thanks to excellent offensive play (three assists, 1.1 key passes per game, and he’s an integral part of the best left-side combination trio in the league between him, Victor Rodriguez, and Nico Lodeiro). Nouhou, though not given many chances, has put in one solid start and a handful of decent sub appearances, two of which helped the Sounders preserve nervy 1-0 leads.

Still, signing Jones as a fullback makes sense for multiple reasons, the most obvious being that the Sounders may not get a deal done to sign Smith when his loan from Bournemouth ends this summer.

Could Nouhou’s offensive efficiency continue to develop with more minutes on the field? Absolutely. Are the Sounders willing to take that risk during what GM Garth Lagerwey has openly called their “championship window”? Tougher to say.

If the Sounders don’t see Nouhou as a starting-caliber left back in their system this season, then it makes sense to sign Jones as cover should Smith go down to injury or head back to England this summer. Furthermore, signing Jones gives Lagerwey almost unprecedented negotiating leverage for an MLS team heading into the summer transfer window as they now have three left backs capable of playing at or near an all-star level.

At a time where young MLS talents are being sold for more money than ever before, setting yourself up to sell a 21-year-old prospect with nearly 4,000 first team minutes and plenty of interest from abroad makes a lot of sense. Nouhou may not fit perfectly into the Sounders’ very attacking outside back mold, but there are lots of teams around the world who would pay for a left back with a high attacking ceiling who is already a lockdown defender.

Jones the winger
But for those who don’t want to see Nouhou go, hope remains. That’s because at this point in his career, Jones is just as much a winger as he is a left back. The versatile crossing guru played in the midfield all last season for SV Darmstadt 98. That means that even if Smith signs a new contract with the Sounders this season, Nouhou could remain the No. 2 left back on the depth chart should the Sounders prefer Jones as an attacker, which based on comments from both Lagerwey and head coach Brian Schmetzer, seems likely.

Even better for Nouhou is that his style of play suits lining up behind Jones much more than any of the Sounders’ other attacking midfielders. That’s because Jones will be the only left-footed winger with the pace to consistently get behind opposing defenses on the roster. With Jones being able to stretch the field on his own, the pressure for Nouhou to provide an offensive thrust down the left goes way down. That doesn’t mean the young left back wouldn’t be able to get forward so much as it means that when he does get forward, it would be as a sort of counter punch to catch defenses off guard when Jones stays back rather than working as the third man in an intricately combining triangle as Smith does with Rodríguez and Lodeiro.

All that’s to say that even if Smith and Nouhou stay, Jones’ signing doesn’t create the left back logjam one might expect. Moreover, Jones gives the midfield the type of depth needed to take the team to the next level.

Of course, bolstering the midfield depth may feel redundant since the Sounders already have above-average quality on their bench in the midfield. After all, Harry Shipp can keep possession nearly as well as anybody and can also find a killer final pass, making him ideal for salting away games or slotting in for Rodriguez or Lodeiro as a fill-in starter. Additionally, Handwalla Bwana has the type of dribbling ability that can break a game open if the team needs individual magic to unlock their opponents.

But what if Jordan Morris is out? And what if the Sounders want to stretch their opponent with pace and/or provide left-footed service out of the midfield? Well, as became evident over the stretch of matches in which Morris played up top, there weren’t a ton of great options — until now.

The brilliance of the Jones signing is not that he brings more quality to the midfield. It’s that he brings more variety to that quality. If the Sounders want to play power soccer and attack with vicious speed down the wings, they can play Jones and Morris in the midfield. If they want to go full tiki-taka, they can play Rodrgiuez and Shipp. If they want a hybrid, they can mix and match in whatever way floats their boat.

That’s the type of diversity in attack that makes MLS Cup teams, or Supporters’ Shield teams, or double-, or even treble-winning teams. That’s what the ever-increasing amounts of TAM in MLS has made possible, and that’s who the Sounders have become. The championship window is now and this makes the Sounders perfectly capable of climbing through.