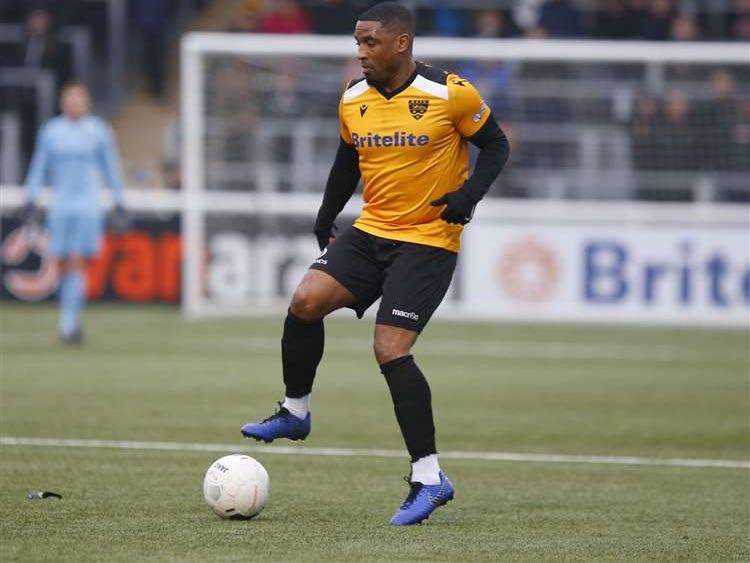 Andre Boucaud has signed for the Stones.

The former Barnet man links up with John Still, who brought him to The Hive in July 2018. The pair also worked together at Dagenham & Redbridge.

A vastly experienced midfielder, Andre made 30 appearances for the Bees, nine of those coming this season. While at the Daggers between 2014 and 2018, he made more than 150 appearances.

The Trinidad and Tobago international started his career as a youth player with Queens Park Rangers, before a move to Reading. After two loan spells at Peterborough United, he signed a permanent deal under the then manager Barry Fry.

His other clubs include Kettering Town, York City and Notts County.

Andre’s arrival follows the departure of Matt McClure, who left the club at the end of his six-month contract. He signed for Vanarama National League North side Gloucester City earlier today. Our very best wishes to Matt and his family.