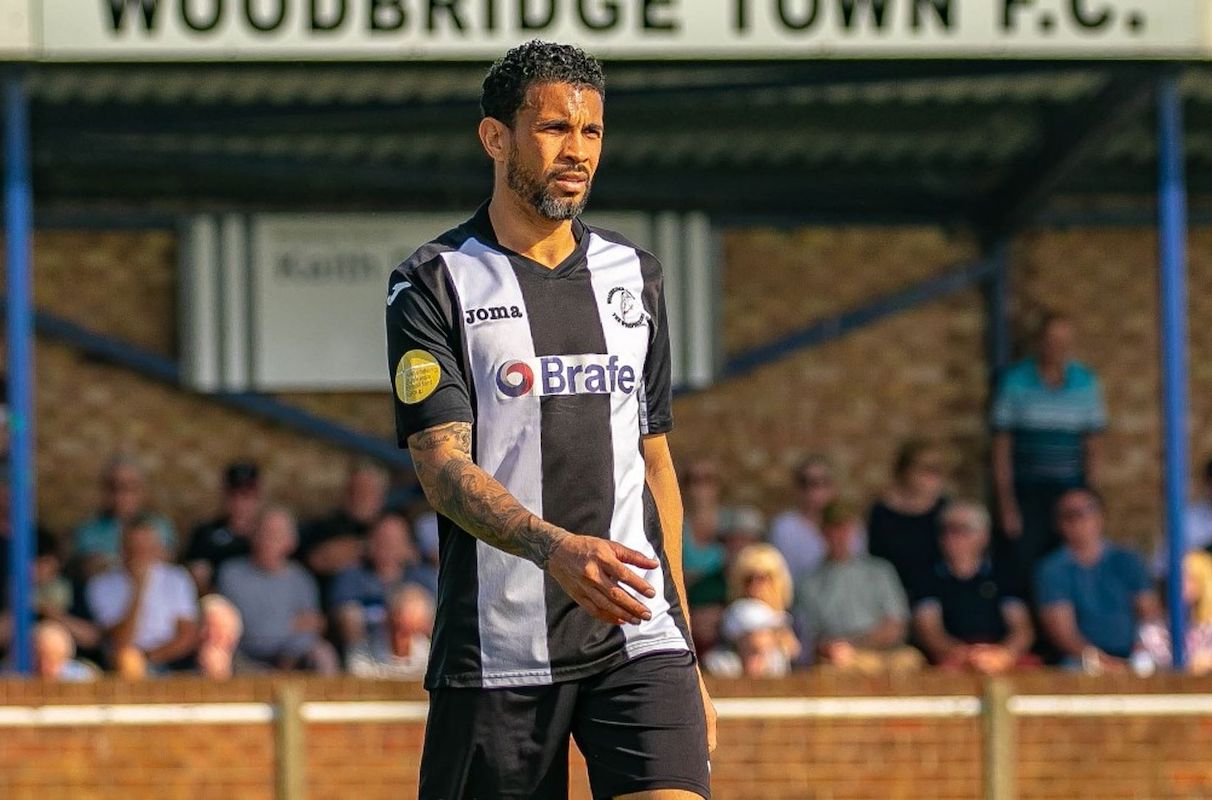 Following confirmation playmaker Jake Chambers-Shaw will spend the next couple of months on the sidelines, Bury Town manager Ben Chenery has moved to soften the blow by bringing in former Premier League player Carlos Edwards, as we exclusively revealed on today's back page.

The 41-year-old ex-Ipswich Town and Sunderland midfielder, who represented Trinidad & Tobago at the 2006 World Cup in Germany, has joined the Blues on dual registration terms from Thurlow Nunn League Premier Division side Woodbridge Town.

He was promoted to the management team at the Woodpeckers ahead of this season but has continued to play an active role on the pitch, making 28 appearance and scoring 16 goals in the league a level down from where Bury reside.

Edwards will bolster the options available to Chenery as he looks to overcome a seemingly never ending injury list, but the 90-capped international is also set to become a part of the coaching set-up at the Denny Bros Ram Meadow Stadium.

“We need some seniority in the middle of the park and Carlos will provide us with that,” said Chenery.

“Sometimes when you have young players like we do, you need that old head to settle things down a little bit.

“Carlos is a very good player, he can see a pass and he will not mind me saying how fit he is for his age.

“This is someone that played at a World Cup – that experience will be huge to us. There are situations in games when things need calming down and Carlos will know when that is needed.

“He is going to play, but he might also get involved in some of the coaching, potentially with our under-23s.”

News of Edwards’ imminent arrival at the Denny Bros Stadium comes swiftly on the back of Chambers-Shaw’s prognosis.

The attack-minded midfielder suffered a collarbone injury during last weekend’s defeat at Tilbury and after seeing a specialist he was found to have suffered ligament damage, ruling him out of action for between six and eight weeks.

Chambers-Shaw has impressed since joining the club from neighbouring Mildenhall Town in the summer of 2018, with his performances last term earning him the Away Fans’ Player of the Season award.

This season he has made 26 appearances, from which he has scored four goals.

His absence is a big disappointment for Chenery, who has conceded that he may need to tweak the way his side plays going forward.

“It is a massive blow. Jake is pivotal to what we do and so it is really disappointing to be without him for so long,” said the boss.

“We had to adapt when Ryan Horne got injured because he started us playing in the deepest third and we may have to do the same without Jake.

“Jake is our creator, someone that can find pockets in those tight spaces to unlock defences.

“You have to adjust, and we will. Jake not being there will give a chance to someone else.”

One player that could fill the void is Ipswich Town midfielder Lounes Foudil, who like Alex Henderson, Tommy Smith and Colin Oppong, has joined Bury on a work experience loan from the EFL League One club.

The Paris-born player made his debut as a substitute at Tilbury and impressed the manager.

“He is a different type of player to Jake but showed plenty to be positive about when he came on,” added Chenery.