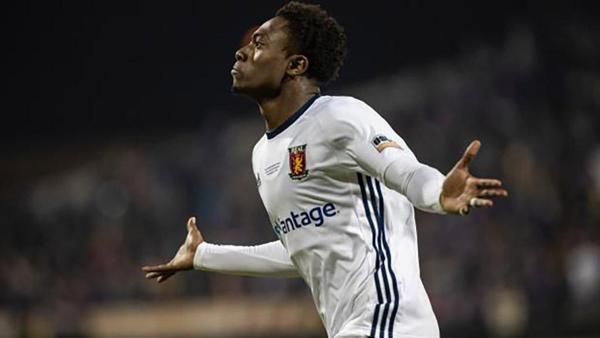 The Monarchs, beaten 1-0 by San Diego Loyal when competition resumed on July 19, opened the scoring on the half-hour mark when a long throw-in by James Moberg fell to Andrew Brody just inside the penalty area, and his touch found Kyle Coffee, who controlled with one touch and then fired a finish into the top-left corner of the net.

Ten minutes later, Brody added a goal to his assist as 21-year-old Powder came through a challenge near the halfway line and moved inside from the left flank before releasing Brody on the right side.

Brody then drove forward, cut inside a defender at the top of the penalty area and shot low into the left corner to double the Monarchs’ lead.

The Monarchs almost added a third in first-half stoppage time but Switchbacks goalkeeper Sean Melvin made a big save to deny Powder when he got a clean look on goal after a good header by Coffee.

That save proved even bigger moments later when Joan Cervos followed up a hard, low shot by Usvaldo Luna from the left and bounced home the rebound to make it a one-goal game at the break.

Just past the hour-mark, however, the Monarchs restored their two-goal advantage at 3-1 orchestrated by Powder again.

Awarded a free-kick on the right flank, Powder’s near-post delivery was flicked on by Taylor Peay and into the left corner of the net.

The hosts then seemed in control, especially when Lewis was sent off with 17 minutes to go but the Switchbacks’ late rally left the Monarchs still looking for their first win of 2020.

Colorado Springs grabbed a lifeline in the 89th minute when Austin Dewing held off a challenge and set up Jordan Burt as he arrived late to finish.

It appeared the goal might only serve as a consolation, but then in the fifth minute of stoppage time, the Switchbacks earned one final chance from a corner kick on the left.

Luke Ferreira delivered a cross to the top of the six-yard area and Abdul Rwatubyaye met the ball with a powerful header that found the back of the net, completing a thrilling comeback and a 3-3 scoreline.

Neveal Hackshaw and Indy Eleven made it three wins on the trot to start the season with a 2-1 defeat of Sporting Kansas City II. Tyler Pasher fired Indy Eleven ahead in the 39th minute but four minutes into the second half, Wilson Harris got Sporting Kansas City level, only for Paddy Barrett to net in the 67th minute with what turned out to be the decisive item at Lucas Oil Stadium, Indianapolis, USA.

Atlanta United took the lead through Jackson Conway in the 21st minute, however a minute before the interval, Brandon Allen drew Memphis on even terms. The hosts then regained the lead in the 57th when Coleman Gannon found the target.

Starring defeat Memphis then introduced Paul in midfield for the tiring Jean-Christopher Koffi in the 81st minute while Hodge was replaced by Raul Gonzalez, three minutes later, and the latter then set up his team's equaliser two minutes into time added on for Cal Jennings to earn their club a share of the points.