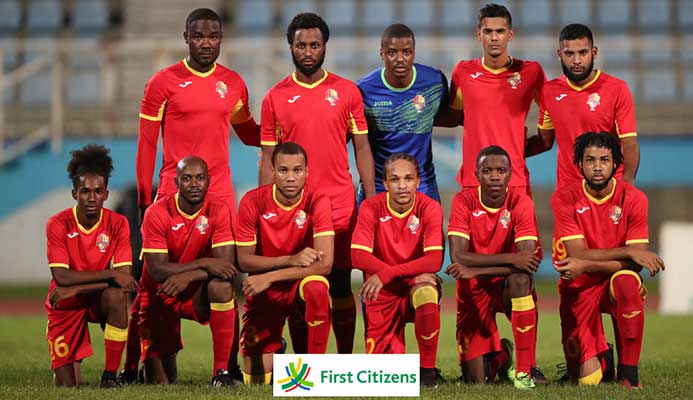 Point Fortin Civic improved their status as the bogey side of North East Stars since an opening loss to their 2017 Pro League campaign last June against the Stars at the Arima Velodrome.

Jabari Mitchell produced the winner for the First Citizens Cup underdogs four minutes into the second half after a wasteful first period by both sides at the Larry Gomes Stadium on Arima.

Mitchell, the former Trinidad and Tobago youth midfielder who joined Civic from W Connection this season, sent a 25-yard free-kick over a poorly-placed North East wall and past a motionless goalkeeper Akel Clarke to break the deadlock with the eventual winner.

Ironically, it was on a spill by Clarke at the death on August 11 that Kevin Moodie snatched his debut Civic goal at the Mahaica Oval as the hosts, 1-0 league winners then, exacted revenge for their opening loss of the season by the same score-line, while snapping the Stars’ six-game undefeated league start to the 2017 campaign.

W Connection, the former club of Civic’s latest hero, Mitchell, will take on Central FC from 3:30pm today (Sunday) at the Mannie Ramjohn Stadium to complete the quarter-final round for a place in Friday’s semi-finals against Club Sando.