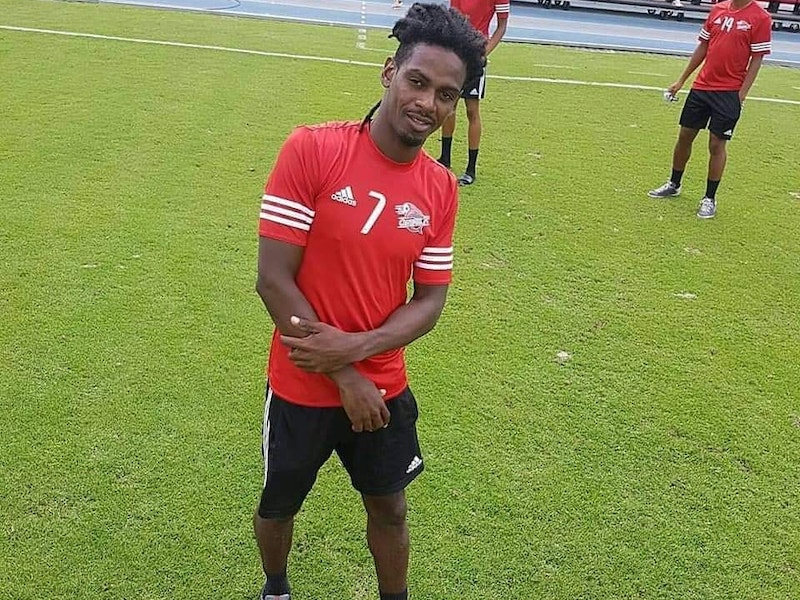 It is with great sadness that members of the Central F.C. family heard of the passing of one of the club’s iconic players, Jason Marcano, who died in a car accident on Thursday morning aged 35.

Jason, or “Nelly” as he was affectionately known, joined Central F.C. in January 2013 after spending several years at San Juan Jabloteh.

In his six seasons with The Sharks, Jason played in well over 100 professional games, scoring more than 40 goals while assisting in over 30 items. During this period, Jason and his Central F.C. team mates won 17 trophies including back to back Caribbean Club Championships and an unprecedented three consecutive Pro League titles.

But the statistics do not pay justice to his real contribution to professional football in Trinidad & Tobago. As a playmaker, he had a reputation of being a maverick. He could turn nothing into something and create opportunities for his team which could turn a game or even win the match.

This natural flair would bring the crowds to their feet. If statistics were available, they would show that Jason’s approach play contributed to many more goals- and victories- than the numbers reveal.

But his love of the unconventional lead to many frustrations from his coaches. Not unlike England’s Matt Le Tissier, Jason’s creativity and desire to run with the ball, went against the disciplined tactics of his coaches. This may have been the reason that Jason only represented Trinidad & Tobago on 12 occasions, when the public were convinced that he should have appeared more regularly.

On the ball, Jason was incredibly difficult to dispossess. While he appeared to be all arms and legs, virtually stumbling through challenge after challenge, he would retain possession until, inevitably, he would be smashed to the ground by a frustrated defender. Jason was fouled mercilessly and his unique high-pitched protests could be clearly heard from the stands. Yet Jason was immensely popular with all players, officials and coaches throughout the Pro League.

Central F.C. Managing Director, Brent Sancho said: “We are all deeply shocked by this news. It’s never easy to hear of a young man losing his life, but Jason was part of the Central F.C. fabric. He played a part in all of our successes and his contribution to team morale was immeasurable. Our sincere thoughts and prayers go out to Jason’s wife, children, family and friends. T&T’s professional football has lost a great entertainer today.”

Daren Mohamdally of S.I.S., Central F.C.’s first club sponsor, said “Jason was such a likeable guy. I’m stunned by this news and my prayers go out to his young family. He embodied the spirit of Central F.C. that made the club so successful. He was always on hand to support the club’s community projects with a smile, and his performances for the club will remain in my memory”

While his goals will be remembered, his smile will be eternally missed.