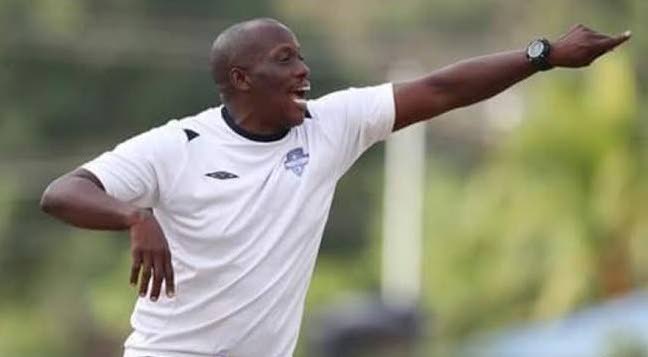 CUNUPIA FC head coach Michael De Four says he is “welcoming the challenge” as the team makes its debut this season in the TT Pro League.

They currently hold an unbeaten run in the 2019 First Citizens Cup after defeating Morvant Caledonia AIA 1-0 in their opening match and edging San Juan Jabloteh 2-2 in the second game.

Speaking with Newsday yesterday morning, De Four said, “It has been going good because we haven’t lost a game yet. I am learning from – arguably – the best in the country.

“When they (some of the other teams) had 16 years experience and came in CFU (Caribbean Football Union) three or four times, this team was playing in Central Zone. So to come up against them was a nice achievement. It was a nice, uphill challenge.”

He has been coaching football for approximately 12 years. He believes football is more than just a sport – it’s almost like a science.

“It is no longer, ‘Hey, kick the ball here’ or ‘Come here,’. It’s more than that. Since I have that kind of logic and reasoning, it is very easy for me to apply that scientific side of football to coaching. I am being challenged to merge the human side of the game with the scientific.”

They were the 2018 TT Super League Cup champions. But more recently, they finished fourth in Division One of the recently-concluded Ascension Invitational Tournament with 19 points, which De Four says was “brilliant” and “well-executed.”

“It was a nice little snippet of how football should be at a higher level in TT – income earning, entertaining, challenging.

“We got a little taste of how the Pro League clubs play. It was nice for us as a Super League team but now they’re calling us a Pro League team.”

Captain Kevon “Showtime” Woodley has been with the team for the past three years and told Newsday he believes the team can handle the challenges thrown at them in the league this season.

“It’s our first time in the league but we are doing well. I look forward to the challenge.”

Asked which teams he considers their biggest competitors, Woodley said, “W Connection – they are one of the best teams in the country, (Terminix La Horquetta) Rangers. But the rest of the teams, we not really worried about them.”

While he said he sees room for the team’s improvement, he said they must be given time as it cannot happen overnight. He said he is hoping the team can finish within the top five on the table.

De Four also said he would like to see some improvements, but agreed that the team has been doing well.

“We are at about 75 per cent of where I would like us to be in terms of physical strength and conditioning. I would say we need to sharpen our movement off the ball and on the ball, we should have sharper movements and I need to see more of our technical tendencies while we are on the field.

“From a person on the outside watching, they’d just be excited. But from my perspective, that’s how I see it.