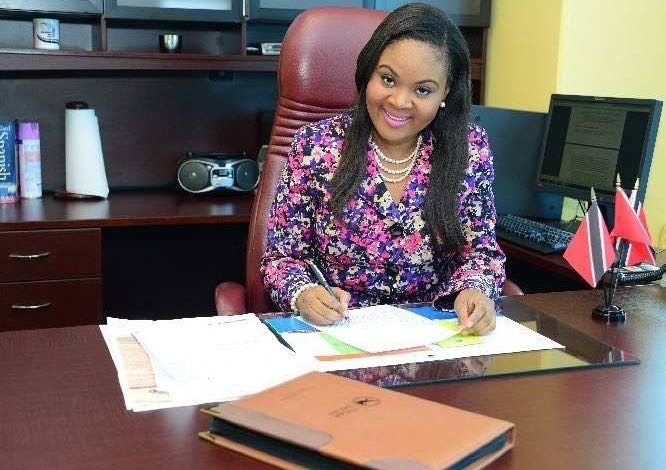 Minister of Sports Shamfa Cudjoe will await a proposal from a meeting of the T&T Pro League and T&T Super League clubs, which will be held virtually on Thursday. The gathering of football minds is aimed at determining the way forward for the sport.

The clubs' agenda, will be to discuss the idea of whether or not to revisit the concept of a newly rebranded national football structure to be called the T-League, or if they should consider another option, or continue with their independent operations. The T-League is just the name of the competition which both organisations will participate.

One thing is for sure, according to the T&T Pro League acting chairman Brent Sancho, when he spoke to Guardian Media Sports on Wednesday, is that the owners of both the Super League and Pro League clubs want to maintain their independence as affiliated organisations with the TTFA.

This means a merger or unification of the entities could see the 10 members of the Pro League and the 20-plus members of the Super League in one division, likely to be the top tier League when discussions take place, while it is to be determined which clubs would make up the second tier.

Sancho, the managing director of Pro League outfit Central FC, has been driving force behind the formation of the T-League, which was discussed at length in 2019 when businessman Lyndsay Gillette was appointed as chairman of a committee to review and restructure T&T football. The committee had been acting on recommendations from world governing body-FIFA, UEFA and CONCACAF. The other members of the committee were - Jamal Shabaz, Keith Look Loy, Terry Joseph, Anthony Moore, Antony Harford, Kamara David and Sancho.

Sancho pointed out that following a few meetings by the committee: "There was a proposal that was sent from the William Wallace-led executive to both the Pro League and Super League which had the same merger from a competition perspective but there was also a strong hint of constitutional change which would have seen the voting majority of the T&T Pro League clubs would have been marginalized. The proposal also had very little transparency as it relates to the commercial side of the league operations. I believe it is important we put all this behind us and put the country's football first."

Yesterday Cudjoe said her government stands ready to support football but will not do so blindly. Or until they receive a proposal of how the entities want to move forward with the sport.

She noted that the government is currently reviewing its position at present, as was promised three years ago when it pumped money into the Pro League for that period, which was to be followed by a period of review.

The sporting fraternity had to deal with a reduced amount of funding by the government in 2020, due largely to the outbreak of the deadly coronavirus (COVID-19) pandemic which has forced the government to reduce its contributions to sporting organisations.

Government is also set to place specific emphasis on the Olympic Games which will take place in July, and will continue to facilitate athletes on their way to key international tournaments and meets in their build-up and preparations toward Tokyo 2020.

It is uncertain when a proposal will be ready for submission to the minister of sports but Sancho said the involvement of the government and corporate T&T is critical to the development of a national football structure that will put the country at the forefront.

"At the end of the day, we have had a tumultuous year in 2020, not just from COVID19, but of course, with the wranglings as it relates to the former TTFA executive and FIFA. We have had a lot of pledges from people, and from the government to corporate T&T expressing their support for football, and recognising that we obviously have to clean our house. That being said, now is the time to put a foot forward. Now we need their help more than ever. We have reached a time in T&T where it has to be a collective effort by all parties, the government, corporate T&T and the stakeholders. And of course, we have to put T&T first," Sancho explained.

With the new national football structure, Sancho said, he did not see a demise of the Pro League and the Super League, but it must also include the Regional Associations, such as the Northern Football Association (NFA), Southern FA, Eastern FA, Central FA, Tobago FA and the Eastern Counties Football Union (ECFU).

He believes the new structure will set a clear path for many young footballers moving from the zones right up to the national teams.