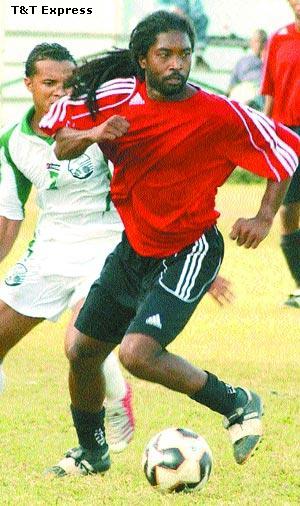 FORMER FIFA vice-president and special adviser of the TTFF (now TT Football Association) Jack Warner, has refuted claims made by ex-T&T goalkeeper Shaka Hislop that shirts which were intended for members of the Soca Warriors at the 2006 FIFA World Cup in Germany were used by players of his domestic club Joe Public.

Hislop, in a video clip on ESPNFC.com, said, “In the World Cup, we (got) sponsored by Adidas. We get there, they tell us we have three shirts, that’s all. In the group stage, we play three games (against Sweden, England and Paraguay). So, the players are like ‘hold on, I want to swap shirts with an opponent and then I wouldn’t have any shirts’. It got into a big heated debate in the team hotel.”

Hislop, a football analyst at ESPNFC, continued, “We are arguing with the administrators and they are bargaining like ‘they only gave us three shirts’. So, we were like ‘what if we got through to the next round?’ (They said they) would have given us more.”

According to the former Newcastle and West Ham goalkeeper, “In the end, we couldn’t get any more. It worked out for me because I only played in the first two games, I kept my shirt from the third.”

However, Hislop pointed out, “For the start of the next domestic season in T&T, Jack Warner sponsored a team called Joe Public. Joe Public played in national team shirts in the league campaign.

“If you played three games, you had to make a choice as to whether you keep the T&T shirt or you swap it with the opponent, only to find out that all the extra shirts were commandeered and used as a club shirt in TT.”

Contacted on Tuesday, Warner said, “Joe Public never even wore an Adidas shirt. (Hislop) wants to bring that after (more than) ten years…I am tired of those guys. In 2021 he remembered Joe Public shirt.

“I have no issue with that, that is a pack of (expletive),” continued Warner. “After 15 years, he now remembered that Joe Public had Adidas jerseys.”

Brent Sancho, who played in all three of T&T’s matches in Germany, said, “It’s well-documented that we had our challenges with the administration.”

Sancho and Hislop were among the group of 13 Soca Warriors players who were successful in their legal matter against the local governing body for unpaid bonuses from the World Cup campaign.

Sancho, the former T&T central defender, said, “I know the staff and the people around the team in the World Cup were excellent. To be honest, I can’t recall that particular situation.

“Shaka was one of the vocal ones, as well as myself, Kelvin Jack and Stern (John). We always tried to fight for what was best for the players.”

The Soca Warriors had three managers during the qualifying stage, as well as their stint in Germany – Bruce Aanansen, Joseph Sam Phillip and the late George Joseph.

Like Sancho, Aanansen was unable to confirm or deny that specific incident.

Aanensen said, “To tell you the numbers of jerseys they got would be difficult for me to recall at this point in time. I didn’t deal with that. There was talk around that jerseys went to Joe Public (but) I have no way of saying if that was so or not so. Sam and George Joseph were the two who handled those things. The fact was the players were not happy with the rumours they were hearing.”

Aanansen continued, “Shaka and them didn’t make a big deal of it because I had always tried to tell them ‘let us focus on the job ahead’ and don’t let all those (stuff) disturb your brain. I’m surprised Shaka raised it now because I wasn’t aware it became an ongoing issue.

“Joe Public used to wear the national colours. To say it was the national shirts he took and gave to Joe Public, I think, would be pushing the envelope a little far.”