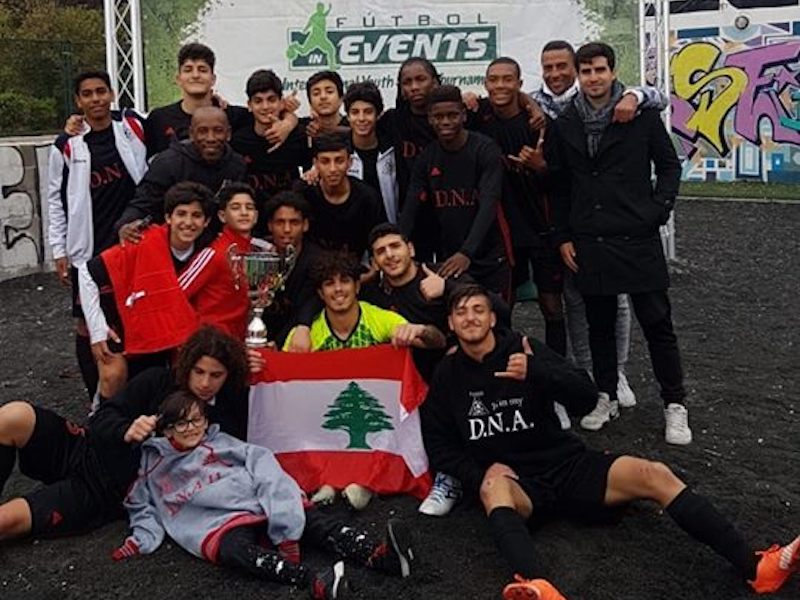 The David Nakhid International Academy (DNA), comprising of three players from the TTFA Elite Under 15 selection, defeated Atletico Madrid 3-2 on its way to capturing the Madrid Cup in Spain on the weekend.

Nakhid had initial talks with local coach Jamal Shabazz about the current Under 15 elite pool and after viewing videos of the team in action, he invited trio Josiah Wilson, Molik Khan and Nathaniel James to join his Academy under 16 team for the prestigious international cup.

DNA, founded by the former Trinidad and Tobago captain, registered Under 10, Under 12 and Under 16 teams in the four-day tournament. The Under 16s went onto defeat FC Valdemoro in the final 1-0. Valdemoro is a feeder team for Real Madrid and Atletico Madrid. The winner was scored by Trinidadian Curtis De Leon. De Leon was spotted by T&T U-17 head coach Stern John at the recent TTFA combine in Atlanta and invited to train with the National Under 17 team ahead of the CONCACF qualifiers next month. Curtis’ brother Shane was also part of the Academy team at the tournament.

The winning goal for Nakhid’s U16s came when Wilson combined with Hussein Ezzedine to free De Leon on the edge of the penalty area and he weaved past two players before slotting home. The U-16s earlier defeated Estudiantes de Alcorcon 3-1 in the semi final with James scoring a double in that encounter.

On the addition of the three T&T U-15 players, Nakhid said his discussions with Shabazz led to the move and he credited TTFA President David John Williams for putting travel arrangements in place for the players.

“I thought about it after having talks with Jamaal. I saw a video of them playing against an Under 20 team in Trinidad. Those three boys stood out – Josiah Wilson, Nathaniel James and Molik Khan,” Nakhid told TTFA Media on Sunday.

“They fitted in, they integrated into the team and our players were happy to have them. The Lebanese and Trinidadian mentality is not very far from each other and we have to try and get them to understand the culture of football which is something is common everywhere and that is a professional culture, The boys came in, the were very humble they did well and they are going to be part of our academy going forward. They were well liked. We had some scouts who saw us and will continue to look at our players in the future,” Nakhid continued. The Academy which is based in Lebanon, comprises of players from Lebanon as well as players born in Africa, Asia and Europe with Lebanese roots.

“This is a major result to beat Atletico Madrid…to beat a European team to win the Madrid Cup. It was a very nice experience for the boys with four days of top class competition. This is where the intensity is at in terms of what is required for international football for all the programmes and it would certainly be a boost for Trinidad and Tobago football to have more teams and players exposed to competitions like these,” Nakhid added

“It is not an overnight success. This is about eight years of work in the making and it is still a work in progress,” the ex-FC Grasshoppers midfielder concluded. During the trip, players also got the opportunity to train at Real Madrid facilities with coaches from that club as well a tour of the City. Nakhid’s academy teams have participated in other international tournaments such as the Milan Football Festival, Copa Santa and the Mediterranean International Cup in Barcelona, Spain and the Wales Super Cup.