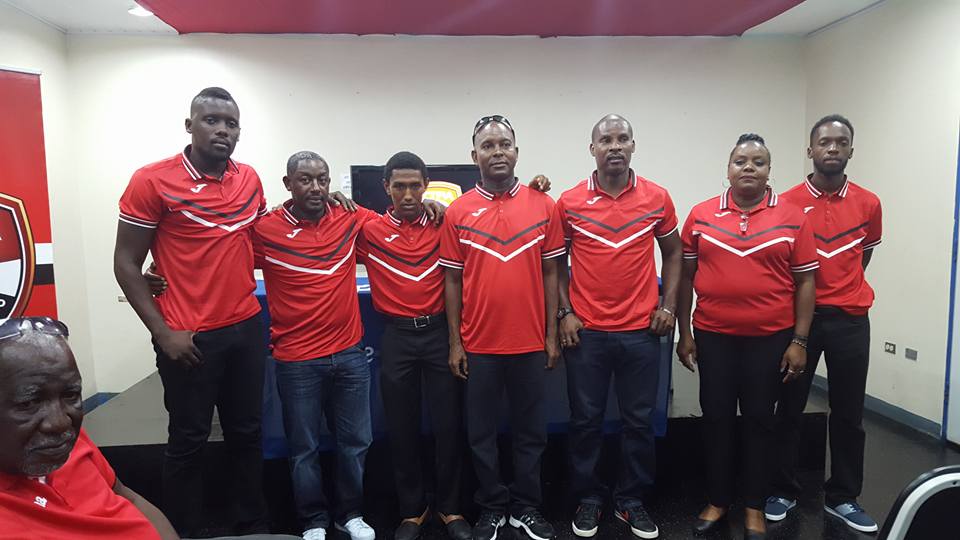 RUSSELL LATAPY, coach of the Trinidad and Tobago Under-17 football team, has called for continuity with the national youth squads, and not the usual system whereby teams are selected mere weeks before Caribbean Football Union (CFU) and CONCACAF qualifiers.

Latapy said, “we have to have a continuation programme. We’re asking young men (aged) 15 and 16 to play football, pretty much at the highest level, and we train them into situations without being properly prepared. That is one of the changes that I know the (TTFA) wants to make.” A month ago, Latapy was hired as the TT U-17 coach for two years.

He emphasised, “not only the Under-17s but every team that we have, we need continuation.

That’s the situation that we’re in.

The tournaments that they have for these young players, it’s (just) two weeks.” About Tuesday’s defeat, Latapy commented, “I thought in this whole tournament we (conceded) too many goals. I just felt that throughout the tournament, from the first game, we were chasing (each match).

We have a young bunch of players and I thought in the second half, when we got back into the game, we just needed a bit more experience to continue playing the way that we were playing.

“It was a great effort from them but the reality is that we weren’t good enough (nor) prepared enough.”

RUSSELL LATAPY has called for continuity of coaching with the Trinidad and Tobago national youth football teams outside of competition periods, and also confessed to not having sufficient time to mould the National Under-17 men’s team into a winning unit.

Latapy said the reality for any coach is that there is never enough time because there is always something to work on. Therefore could Latapy, in three weeks, teach technical ability, anticipation, defensive skills and the plain ball sense sadly missing from among his T&T footballers, who on Tuesday night crashed out of the 2016 Caribbean final round qualify tournament at the group phase?

“Three, four weeks before I come into a tournament is definitely not enough time,” T&T’s head coach confessed. “There were too many things I had to work with and (in) a tournament of this importance, it was a hard ask.”

Latapy hoped T&T would at least have reached the next stage of qualifying, where he would have had six more months to improve his team before the CONCACAF qualifiers, to be held in Panama in April.

Dependent on the results of last night’s Caribbean Group B matches, Latapy could still get his wish if T&T finish fifth overall. Five Caribbean teams qualify for the CONCACAF Championships, from which the top three will go on to the 2017 FIFA Men’s Under-17 World Cup, to be held in India.

“The tournaments that we have for these young players are few and far in-between. So, if we want to get into these tournaments and compete, we need to have continuation,” said the former youth football star, who went on to captain and coach the senior men’s national team, and also had a fruitful professional playing career in Europe.

“We have to have a continuation programme. We’re asking young men of 15 and 16 years old to play football pretty much at the highest level, and we bring them into situations without being properly prepared.”

Latapy has commended his U-17 team for showing great fighting spirit when coming from two down to beat Bermuda, and only falling 3-2 to Jamaica when again trailing by two goals.

“I am proud of the team. But the reality, though, in football, is that we were not prepared enough for this tournament,” Latapy concluded.

Trinidad and Tobago’s Under-17 team were beaten 3-2 on Tuesday evening, paying the price for a sloppy first half performance at the Ato Boldon Stadium in Couva that left their chances of qualifying for the 2017 CONCACAF U-17 Championships in tatters.

In the other Group A match, Haiti hammered Bermuda 5-0.

As a result, Haiti (the group winners) and Jamaica progressed to tomorrow’s semi-finals while the Russell Latapy-coached TT had to wait until last night to find out if they advanced to the CONCACAF stage, as the better of the two thirdplaced group teams.

At the Hasely Crawford Stadium in Mucurapo last night in Group B, Curacao (3 points) were due to meet Guadeloupe (no points) while Cuba (6 points) were expected to face Suriname (3 points).

For the third straight match in Group A, Trinidad and Tobago went 2-0 behind but, unlike their 3-2 win over Bermuda on Sunday, the hosts were unable to complete a stirring fightback.

Jamaica striker Raewin Senior put Jamaica in front after 13 minutes, as he collected a pass from the left flank and banged home his left-footed shot, beyond the reach of goalkeeper Emmanuel John.

TT playmaker Che Benny came close to equalising in the 29th while, six minutes later, Jamaica’s Kaheem Parris went past two defenders but his effort was cleared for a corner.

From the subsequent set-piece, Jamaica doubled their lead, with Nicque Daley meeting Parris’ ball from the right and heading past the stranded TT defence.

Latapy made a tactical switch, taking off left-back Brandon Semper for striker Nion Lammy, and Jamaica almost took advantage of the defensive shake-up, with Senior (39th) and Parris (40th) coming close to widening the gap.

The hosts struck back in the 46th minute, as captain Jaydon Prowell took the ball from a lackadasical Blake White on the left and picked out Benny who, in turn, floated the ball for Lammy to head past the left of goalie Tajay Griffiths.

Two minutes later Parris, with only John to beat, hit wide and that miss proved costly as TT got the equaliser, in the 57th.

Midfielder Isaiah Hudson sent an aerial ball into the penalty box and Prowell reacted first to head home from five metres out.

Jamaica had the final say, as Senior netted the winner in the 73rd, collecting a miscued shot from substitute Jeremy Verley and directing his low left-footer to the left of John.