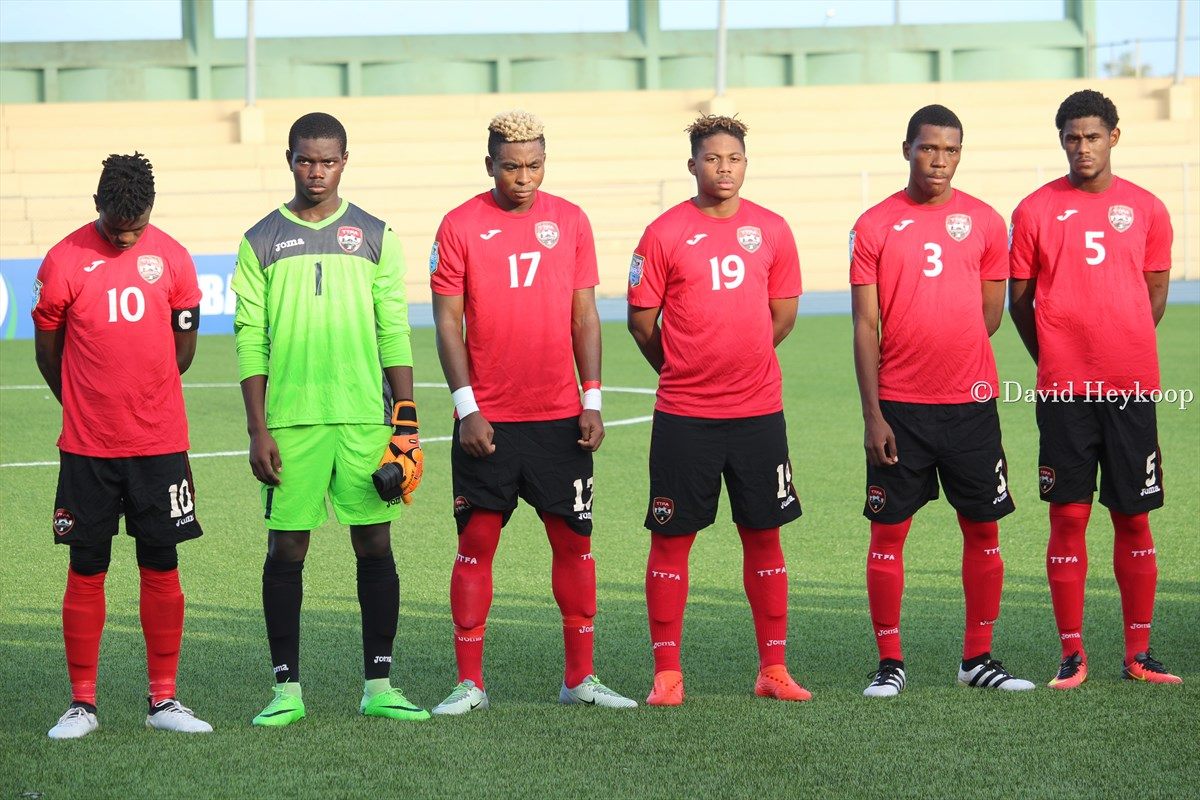 Trinidad and Tobago’s Under 20 Men’s Team had to settle for a fourth place finish in the Caribbean Football Union Under 20 Championship after conceding an 87th minute in a 2-1 loss to Bermuda in Sunday’s third place playoff at the Ergilio Hato Stadium in Willemstad.

Having suffered a defeat 5-4 on penalty kicks to Antigua and Barbuda in Friday’s semi-final, T&T would have been looking to end the tournament on a high after previously going six matches unbeaten in the CFU qualifiers, including three Group B games in the Final Round without conceding a goal in outfield play.But T&T failed to put on the type of display that would have warranted silverware in their final outing and midfielder Mikel Thomas punished the defending champions with an 87th minute goal to give Bermuda third place honours. Knory Scott had earlier given Bermuda a 1-0 lead in the 44th minute while St Ann’s Rangers forward Josh Toussaint equalised for T&T three minutes into the second half.T&T reportedly squandered a at least three decent goalscoring chances and were made to pay for their lack inefficient in front of goal. Forward Nicholas Dillon was ruled out with an ankle injury sustained in the 0-0 draw with Haiti last Wednesday while midfielder Isaiah Hudson returned to Trinidad on Friday.“It was definitely a most disappointing way to end the tournament. We came here with the objective of qualifying for the Concacaf stage which we achieved but I felt we needed to show a bit more urgency after the Haiti game and we did not do that in the end,” Williams told TTFA Media.“Complacency stepped in and  after Haiti game we spoke about trying to avoid that at length. I also had conversations with the technical study group for this tournament and the feedback has been very positive and Carl Brown of Jamaica went as far as saying that he felt we were probably one of the soundest teams in the competition in terms of our possession play and our defensive work.“I do not think Antigua and Barbuda are a better a team than us and they didn’t play a better match than we did and it was the same against Bermuda today. But what I noticed is that we were not hungry to take care of the game in these two matches and that cost us. It is something that continues to affect us at all levels in regional competitions and I really wanted us to step over that hurdle in this competition but we failed to do that. This is something we have to urgently address with our national teams, Williams added.The former National defender said he would be opening up the selection doors when the team resumes preparations in two weeks time.“We’ll have a two-week break and then we will get back to the training field. My coaching staff and I will be opening up the squad again and I will welcome the chance to include any player that I think is disciplined enough and capable enough to represent the country and bring something extra to the squad, that could bolster our chances at the Concacaf level,” Williams added.CONCACAF NotesT&T will join eleven other nations in Costa Rica from February 17th-March 5th. The other qualified teams include hosts Costa Rica, Canada, Mexico, United States, El Salvador, Guatemala and Honduras, Bermuda, Antigua/Barbuda, Haiti and CFU fifth placed team St Kitts/Nevis.The two venues for the competition will be the National Stadium in San Jose, and the Ricardo Saprissa Stadium, home to Deportivo Saprissa of the Costa Rican First Division. The date for the draw will be announced shortly.The twelve (12) teams shall be divided into a group stage consisting of two (2) groups (A, B) of six (6) teams each. The group winners qualify automatically for the Final and the Under 20 World Cup in South Korea. The second-and third-place teams from each group are re-seeded by group stage results for a playoffs, with the top team of the four facing the fourth-best team, and the second-best finisher facing the third-best. The winners of those two games will also advance to the U-20 World Cup.TeamT&T Line Up vs Bermuda - 20. Jabari Brice (GK), 2. Andrew Rullow (16. Micah Lansiquot, 46’), 3. Kori Cupid, 5. Taryk Sampson, 6. Noah Powder, 10. Jabari Mitchell (capt), 11. Kareem Riley, 12. Shane Sandy, 17. Keston Julien (15. Kathon St Hillaire, 69th), 18. Josh Toussaint, 19. Morgan Bruce,Subs not used: 1. Denzil Smith (GK), 8. Jarred Dass, 13. Isaiah Garcia, 14.Taofik Lucas-Walker. Injured – 4. Kierron Mason, 9. Nicholas Dillon, Absent – 7. Isaiah HudsonHead Coach – Brian WilliamsReferee – Sherwin Moore (Guyana)