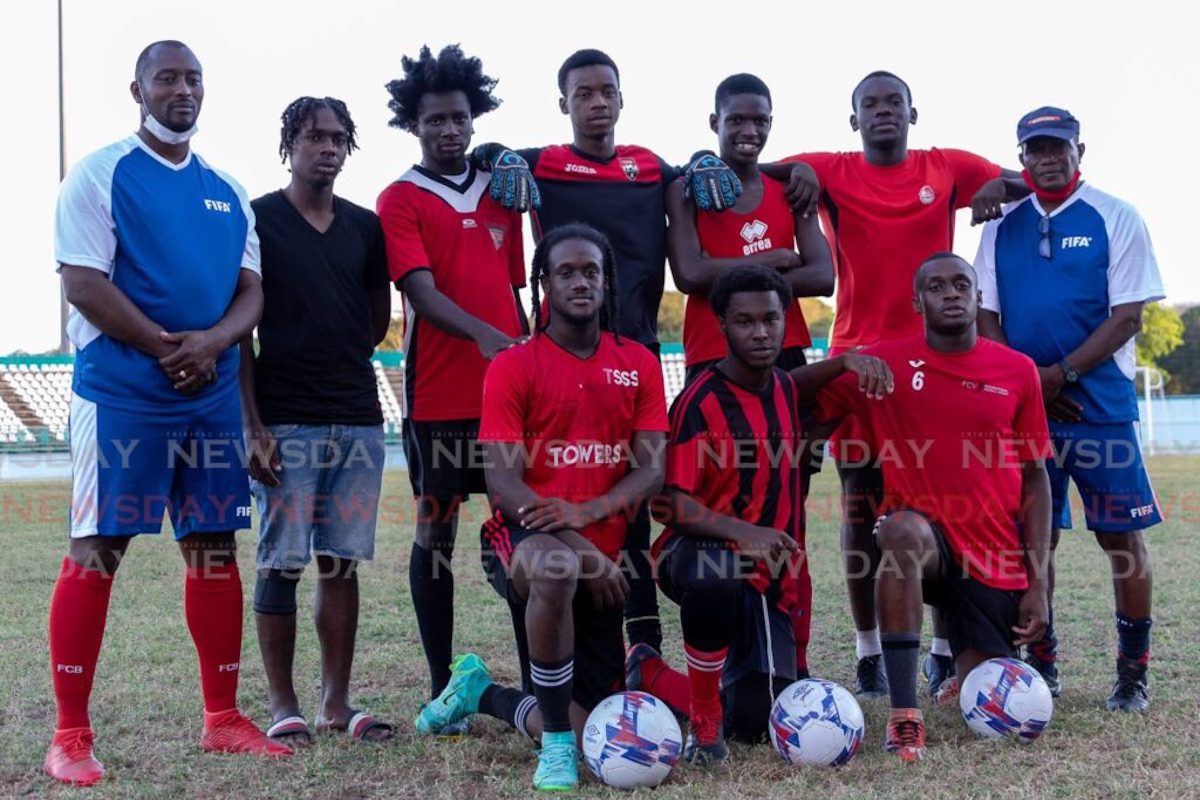 PARENTS of the young Tobago footballers selected for training with the national under-20 team are upset with the Tobago Football Association’s (TFA) management of the island’s players.

After intense screening sessions at the Dwight Yorke Stadium in January, nine players were selected by the national screening committee, headed by national coach Angus Eve, from an initial pool of 70 participants.

The parents raised concerns about the TFA’s handling of the under-20 players’ careers, after a press conference in which Angus Eve was asked whether any Tobago players were involved in the national under-20 programme.

Eve said the Tobago technical committee requested that the Tobago players stayed and played with the zonal team because some parents were having issues with their children coming to Trinidad during the week because they are still attending secondary school.

Eve said, “We had already made arrangements for the players to come on a weekend, so that is basically out of our hands – it is a choice that they made. So, we will have to look at them when they play with the Tobago team if they will still be selected.”

However, one parent said this came as news to them. “We were shocked when we heard the interview because we were inquiring from the TFA all along when the boys will be going to Trinidad for training.

“And we were told that the TFA has no money and they will contact us. Up to now, nobody has contacted us about any national training.”

“We contacted Mr Angus Eve and told him what he was told is not truth, because nobody from the TFA told us anything. We contacted officials in the TFA about the information coming out of the interview. And everyone we spoke to said they did not know anything about the statements.”

Another parent said, “With the permission of the national coach, we have started taking our children to Trinidad for training at our own expense because nobody in the TFA can determine the future of our children without our knowledge.

“We will get our children to Trinidad by any means necessary because nobody from the TFA has contacted us.”

One angry parent slammed the TFA, “Imagine, not even a telephone call, meeting or nothing official, is children future they dealing with. They took the decision away from us.

“Praise God for the reporter who asked that question, otherwise we would have still been in the dark.”

The parent said the matter was raised with a Tobago House of Assembly official, who they happened to meet at the airport.

Newsday was informed that the players were accommodated at the Home for Football, in Couva. Transport and meals were also provided by the Trinidad and Tobago Football Association. The cost of inter-island travel was covered by the parents.

The parents said there is also uncertainty about which team the players will represent in the TTFA zonal competition.

“Because we only found out that the under 20 national team is also in the tournament when we went to Trinidad. The players are registered with the Tobago team, and the under 20 staff in Trinidad also took their information.”

When contacted, Eve said, “There is no blame to be attached to the TTFA, because we wanted the boys from day one. But we were not stopping the players from playing with the Tobago team.

“The Tobago players came last weekend (March 12-13), they have the ability and enthusiasm. They now have to work on their anaerobic along with their fitness and settle into the formation.”

Eve made it clear that the zonal football is not a competition. “It is the final screening to identify players for national teams who may have been missed during the initial screening.”