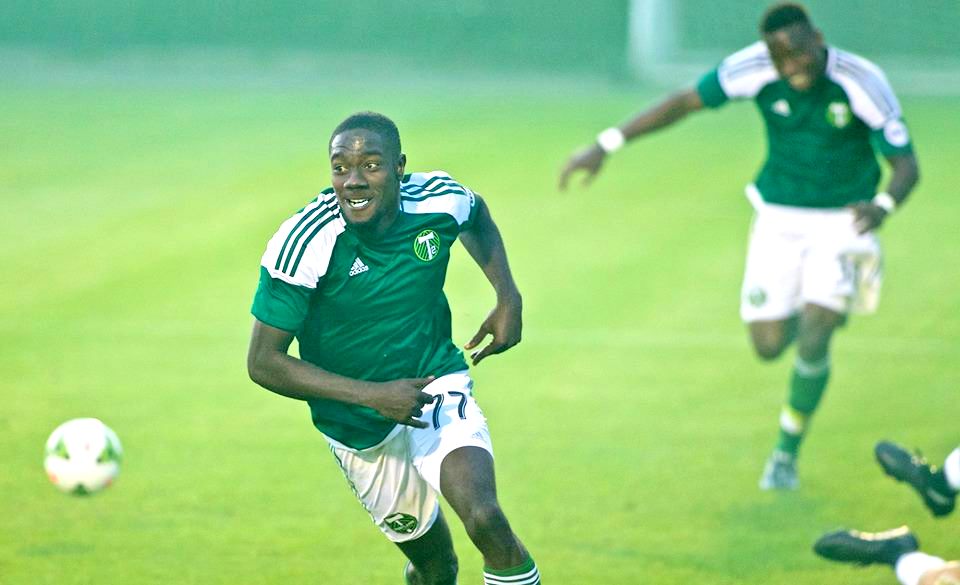 Portland Timbers 2 forward Rundell Winchester has been named to the Trinidad & Tobago U-23 National Team roster ahead of the Caribbean Football Union (CFU) Olympic Qualifiers. Trinidad and Tobago’s group-stage matches will be held in Puerto Rico from June 24-28.

The top two teams out of the 16 Caribbean Zone countries in CFU Olympic Qualifiers move on to the 2015 CONCACAF Men’s Olympic Qualifying Championship where they will face nations from the North American Zone (NAFU) and Central American Zone (UNCAF). Once there, the top two CONCACAF teams will then advance directly to the 2016 Summer Olympics in Rio de Janeiro, Brazil.

Winchester has made 13 appearances (12 starts) across all competitions for T2 this season. He scored his first goal in T2’s inaugural home match on March 29 against Real Monarchs SLC in a 3-1 victory at Merlo Field. His second goal came on May 16, once again against Real Monarchs SLC, this time in a 1-1 draw at Rio Tinto Stadium in Sandy, Utah. Winchester has also provided three assists this season.