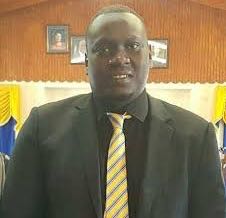 The Court of Arbitration for Sports (CAS) could be asked to settle a dispute between the T&T Super League (TTSL) and Keiron Edwards, a defeated presidential candidate at the recent TTSL elections, over possible breaches in the Constitution that prevented legitimate members from exercising their voting rights.

Edwards was beaten by Lee Davis in a final round of voting for the position of president of the super league on September 19 this year, but a day later, he highlighted breaches in the constitution which he believes should require a re-election.

The breaches entail the failure of the TTSL to accept that seven suspended member clubs - Central 500, Harlem Strikers, Marabella Family Crisis Centre, Defence Force, Phoenix FC, WASA FC and the Youth Stars were really never suspended and should have been allowed to vote at the September 19 elections.

And although the clubs were not allowed to vote, they were reinstated at the end of the AGM and told that they were never suspended.

On Monday, Edwards said that if the constitution is not followed, he will refer the matter to the CAS in accordance with section 42.1 of the TTSL Constitution which states: "In accordance with the relevant provisions of the FIFA Statutes, any appeal against a final and binding decision passed by FIFA, CONCACAF or the leagues, shall be heard by the CAS."

The clubs were suspended back in March of 2018 for being non-compliant. That suspension was upheld for a second year in September 2019 on the basis of clubs either not fulfilling the requirements to be compliant, or because they did not take part in Super League-related competition for two consecutive years or both.

Edwards explained in his letter seen by Guardian Media Sports on Monday that he is objecting to the elections held in September, as bona fide members were stopped from voting. He sought to refer to section 9.2 of the constitution which states: "A suspension shall be confirmed at the next general meeting by two-thirds (2/3) of the members present and eligible to vote. If it is not confirmed, the suspension is automatically lifted.

At the AGM which was held on October 27, 2019, the suspension of the aforementioned clubs was not ratified." Edwards said that 2/3 majority was not received.

Guardian Media Sports has seen a copy of the minutes of the October 27 AGM, 2019, which according to Edwards had absolutely no mention or motion to confirm the suspension of the clubs, which means that the clubs were not suspended at that AGM.

The Eastern Football Association (EFA) president who gave up his position to contest the elections, wrote to TTSL secretary Peter Thomas a second time yesterday (November 1) in which he promised to invoke Section 40 of the constitution, which states that 'disputes shall be taken to an Independent Arbitration Tribunal created by the TTSL. The Board of Directors shall issue special regulations regarding the composition, jurisdiction and procedural rules of this Arbitration Tribunal and request that arbitration proceedings should commence immediately.'

In his three-page letter, Edwards also said: "It seems as though this act was a clear attempt to interfere with the electoral process by suspending these clubs illegally. In addition, the decision to suspend these clubs was an attempt to maliciously influence the outcome of the election. As such, I call upon you to repeat the elections of September 19, 2021, and allow all legitimate clubs to participate in the electoral process."

Thomas when contacted via WhatsApp referred all questions to new president Davis.