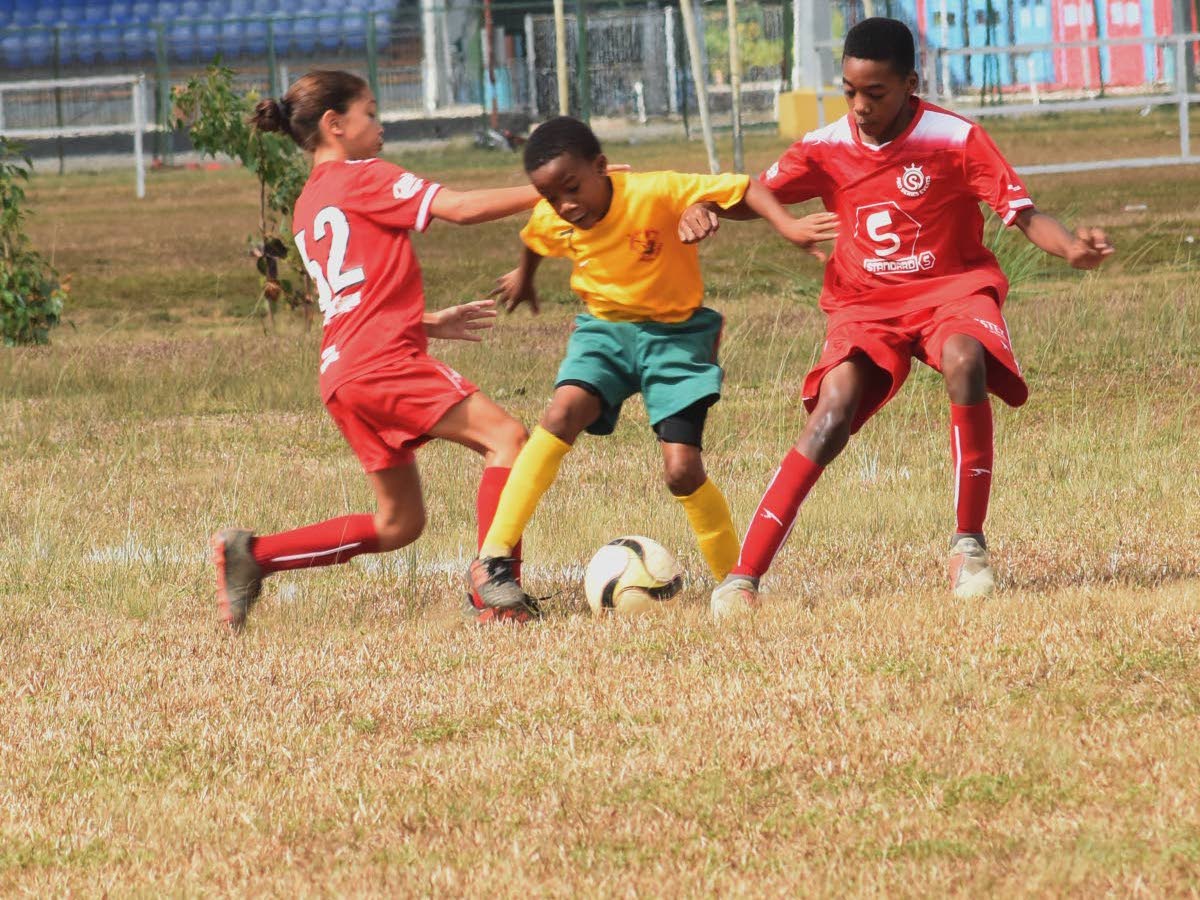 TRENDSETTER HAWKS One stayed atop the standings in the North Zone Under-15 division of the Republic Bank National Youth Football League.

In Saturday’s action at the Queen’s Park Savannah, Port of Spain, Trendsetter recorded a 3-1 victory over Santa Cruz United.

Akeil Auguste put Trendsetter ahead in the 13th minute but Jamal Perouse replied for Santa Cruz in the 32nd. Larry Noel restored the lead for Trendsetter, in the 43rd, and Christian Calder sealed the deal in the 62nd.

And Trendsetter Hawks II earned a 3-0 win, by default, over TT Maestros.

KAIHIM THOMAS scored a hat-trick as Trendsetter Hawks hammered Giving Back 5-0 last Saturday, in the Elite Under-17 division of the Republic Bank National Youth Football League.

In the first game of a triple-header at the Queen’s Park Savannah in Port of Spain, Thomas got his name on the scoresheet in 17th, 62nd and 73rd minutes. Jaheim Aguillera (28th) and Kiron Manswell (39th) were the other goal-getters for Trendsetter Hawks.

The final scheduled game at the Savannah saw Prisons FC register a 3-0 win, by default, over Crown Trace FC.

The hosts had a 2-0 lead courtesy of a strike from Khesu Mitchell (10th) and an own goal (31st) before Marabella responded in the second half through Josiah Scott (78th) and Jaedon Dowridge (80th).