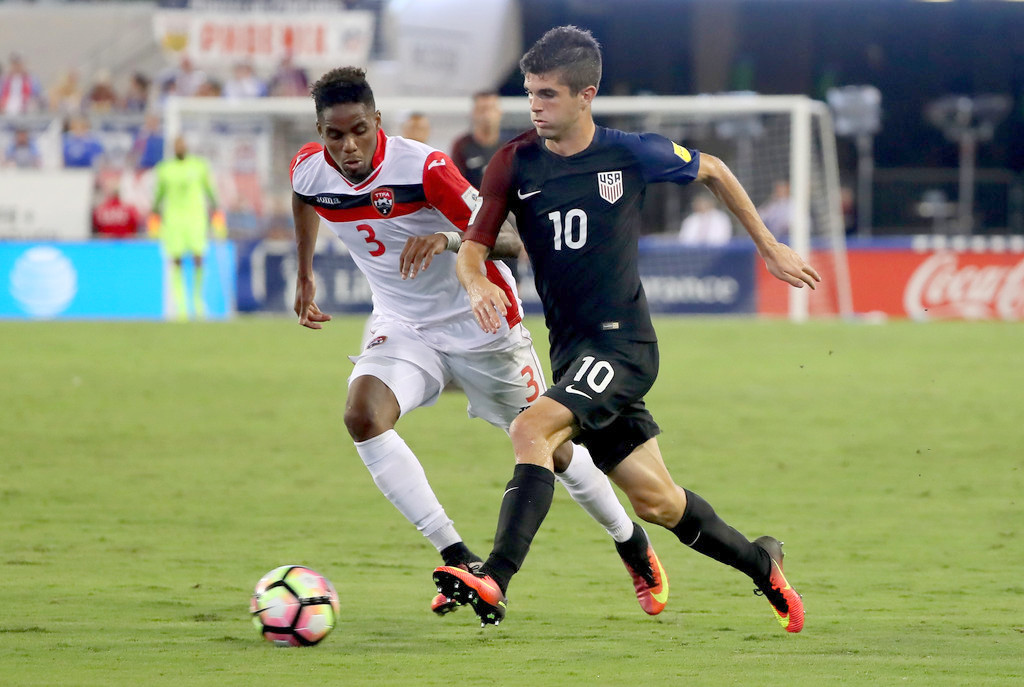 Trinidad and Tobago winger Joevin Jones will be on the field for Seattle Sounders on Sunday night in their second leg MLS Playoff with Dallas FC.

Both he and teammate Aubrey David who plays for Dallas, will likely be on the next flight out the following morning bound for Port of Spain to join the National Senior Team camp for next Friday’s 2018 CONCACAF World Cup qualifier against Costa Rica at the Hasely Crawford Stadium.

Jones has been on top of his game for Seattle Sounders, setting up two of their goals in last weekend’s 3-0 thrashing of Dallas with two pinpoint deliveries in the second half and has come in for much praise in the MLS arena.

But next week his focus will switch to Trinidad and Tobago’s World Cup mission and his own ambitions to play on the world’s biggest stage.

“Yeah it feels good to be doing well for Seattle. I thought we had a great performance against Dallas and I was happy with my performance. Hopefully we can complete the job on Sunday,” Jones told TTFA Media.

“But next week is another story. We have two big games coming up against Costa Rica and Honduras. I was disappointed with the way we played and lost to Martinique. I think it is important that we put that behind us and get our act together for the Costa Rica game. This is a massive game for us,” Jones added.

The 25-year-old has six goals in 55 appearances for T&T, having also played for the National Under 17, Under 20 and Under 23 teams.

“It’s been a long time it seems for me playing for the country and every player dreams of making it to the highest level. I know my dad (Kelvin Jones) got very close to going to a World Cup (1990) and now I am part of a squad that is a few good results away from getting to a World Cup. It would mean a lot to me and my family to achieve that. And the country will surely be on top of the world.

“But first things first, we have to get it done on the field and get a good result against Costa Rica next Friday. I expect it to be a very tough game but once we prepare well and we play our game with confidence, then we can take the points and go to Honduras next and try to get something there as well,” Jones added.

The Costa Ricans, nicknamed Los Ticos, have qualified for four World Cups and are unbeaten in World Cup qualifiers in T&T.

Tickets remain on sale at all Lotto Locations with the early bird sale running until Friday. Those tickets currently cost $300 (covered section) and $160 (uncovered section). From November 5th until match-day, tickets will then cost $350 (covered) and $200 (uncovered).

Season Passes are available at all First Citizens Bank Branches nationwide. Fans can call the TTFA season pass hotline at 270-6868 for more information.

Costa Rican head coach Oscar Ramirez on Wednesday announced his roster to face Trinidad and Tobago and the United States later this month.

Real Madrid goalkeeper Keylor Navas has been included. Celso Borges, Yeltsin Tejeda and Sporting duo Bryan Ruiz and Joel Campebll are among the 2014 World Cup veterans in the squad. The MLS also is well-represented with Kendall Waston and Cristian Bolanos of the Vancouver Whitecaps, Ronald Matarrita of NYCFC, and Johan Venegas of the Montreal Impact included, along with MLS Cup champion Rodney Wallace, who now plays in Brazil.

One familiar face, both for Costa Rica and for MLS fans, who is missing is Giancarlo Gonzalez. The former Columbus Crew center back suffered an adductor tear with Serie A side Palermo and is not fit to make the list.