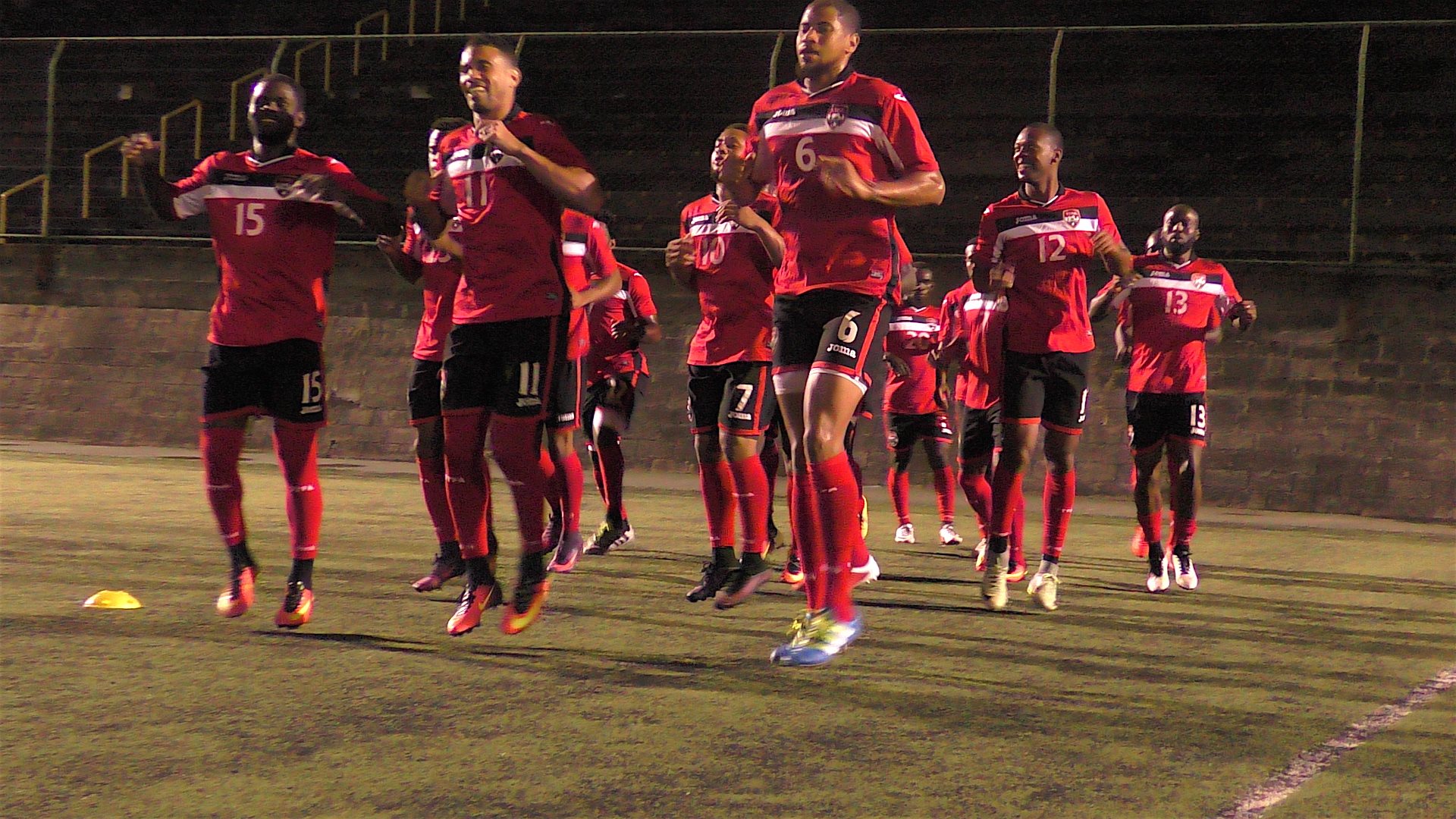 With the final squad for the upcoming Caribbean Cup fifth place and Gold Cup playoffs to be determined on the weekend, head coach Tom Saintfiet will be making a final assessment of his players currently in Managua as Trinidad and Tobago’s senior men’s team take on Nicaragua in the second of the two-match series at the National Football Stadium from 8:30pm TT time on Friday.

T&T lost the first match 2-1 on Tuesday night with Defence Force forward Hashim Arcia getting the lone second half goal for the visitors. Saintfiet will have the option of selecting US-based midfielder Kevan George and W Connection’s Aikim Andrews who arrived in Managua on Wednesday night along with Chef de Mission Ewing Davis. Andrews trained with the rest of the squad on Thursday morning at the game venue while George trained both on Wednesday and Thursday. Defender Aubrey David sat out Thursday’s session with a slight ankle injury.

T&T are preparing for Gold Cup playoff matches on January 4 and 8th against Suriname and Haiti at the Ato Boldon Stadium. Haiti is currently in Trinidad engaged in a training camp ahead of those playoff matches.

Saintfiet has indicated that he could make changes to the starting team for Friday’s affair.

“It could be that there be some changes in the squad and there could be some tactical changes because Kevan George is now in and Aikim Andrews also arrived from Trinidad. The aim is still to prepare the team for Suriname and Haiti and then later Panama and Mexico, The main target is not a result but a good preparation as we have to qualify for Gold Cup and World Cup” Saintfiet told TTFA Media.

“But it would be nice that for our players, for the hard work that they have put in, the discipline and commitment they have, will get a good result on Friday. I really hope this for the boys because they have done everything for the country. Until now I think the players who played on Tuesday and the others will do everything to be ready,” he added.

Forward Cornell Glen is hoping to play a positive role and spur on the rest of the squad.

“I felt good being back. it’s a young team with a lot of new faces, a new coach with different tactics but all in all it was good for me being back and playing with the boys again,” said Glen.

“I kept playing and I stayed positive over the years. Hopefully in the next game I can get some more playing time and I show the coach what I can still offer. Coach (Saintfiet) is a very disciplined coach and there is not a lot of room for improvisation. Being experienced, it’s rather easy for me to fit in and adapt to his system. I understand the coach because I play with a Dutch coach right now  at club level and the system is a bit similar so it’s rather easy for me to fit in and get going with the team,” Glen added.

“We have to stay focused and confident that we can still achieve and realise our ambitions of Gold Cup and World Cup qualification. We have a lot of players to come in still and I think once we can gel and fit in with the coach’s tactics then we can definitely be successful again,” Glen said.

“The coach is in a bit of an experimental stage right now and people on the outside looking in maybe thinking hey, we lost to Nicaragua and that is unacceptable but at the same time we are working on new stuff and trying a new system and that’s what it’s all about right now.”

Tickets for the upcoming Gold Cup playoff matches are now on sale at all Lotto Locations nationwide.There are three in one season tickets for the three matches costing $$100 for adults and $45 for children. Single match tickets cost $50 for Adults and $20 for children. TTFA Season Pass holders can access the games at no additional cost. Those TTFA Season Passes which includes access to the World Cup qualifiers also, are available at First Citizen’s Banks nationwide.