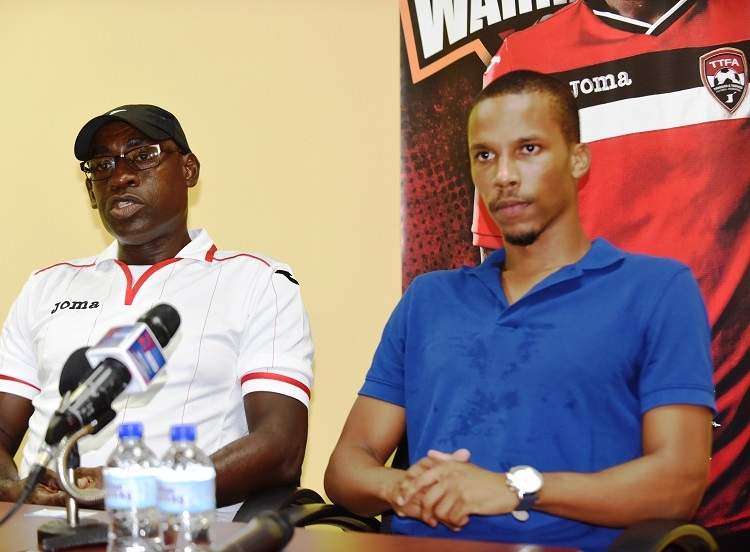 Dennis Lawrence is the right man for national football coaching job. For the long term.

That’s the view of former national captain Clayton Morris. Lawrence, the 2006 World Cup qualifying hero, was confirmed as the successor to Belgian Tom Saintfiet by the Trinidad and Tobago Football Association (TTFA) on Saturday, and comes to the job with no head coach experience.

The length of Lawrence’s contract was not given in the TTFA release announcing his appointment, but Morris who captained the “Strike Squad” in the 1989 World Cup qualifying campaign said the selection of Lawrence should not be a short-term one.

“Miracles do happen, but I’m not looking for a miracle in this (World Cup) campaign anymore,” Morris told the Express. “I’m more looking for Dennis and his staff to bring us to a point where we could have hope for the next campaign (Gold Cup etc.)”

Noting the composition of the technical staff Lawrence was reportedly assembling for the T&T job, Morris said the new coach and his crew should be used to set a template for national teams at all levels.

“When I look at it, this is what I think is what we need for the entire football (programme),” Morris said.
“We need a long-term plan, so again, given the support that Dennis mentioned that he asked for, then I think this is what we should be looking for, that is what I’m pleased with. That is more important for me as one who has been through the sport and still am in the trenches.” He added for emphasis: “We need one philosophy going forward.”

Apart from utilising Lawrence and his staff to help chart a unified way of playing for national teams, Morris also has no qualms about the new man’s total lack of experience as a head coach. “Given that backing he has, that would make up for his lack of experience, the staff he‘s coming with,” Morris said.

He also noted that Lawrence would “have the ear” of his “Soca Warriors” coach Leo Beenhakker, so “I think it is the correct move we made by getting Dennis involved.” Morris also felt that because of Morris’ relatively recent experience with the national team, “total respect will be given to him.”

“The gap is not too far (with the payers) like with someone like myself. It means more to the present players to have someone they could identify with.”

Lawrence, 42, comes to the T&T job from his assignment as a scout for the Belgian national team under Roberto Martinez with whom he worked as a coach with English Premier League teams Everton and Wigan.