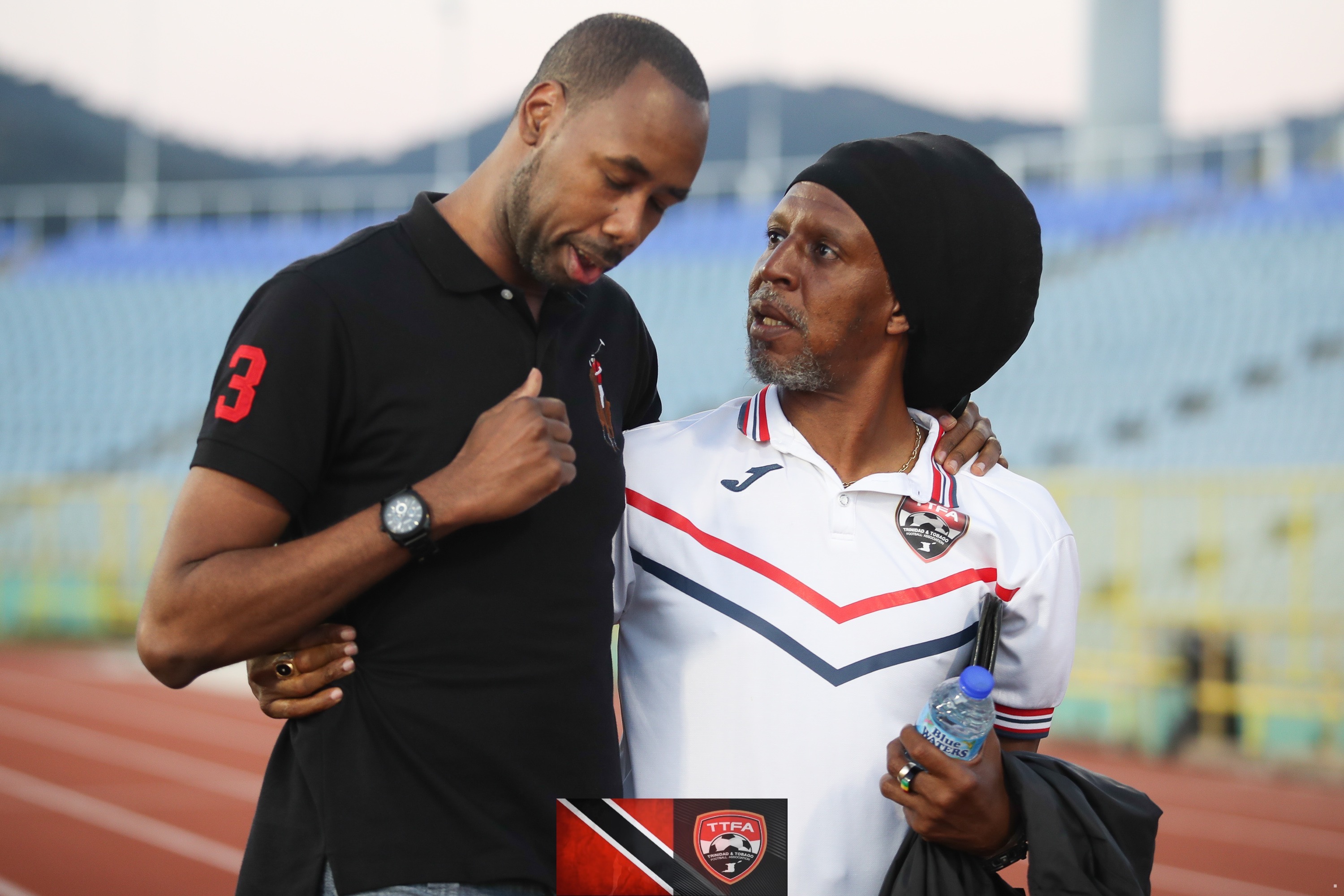 Dennis Lawrence, the new T&T football coach has described T&T’s chances of qualifying for the FIFA World Cup in Russia next year as difficult but not impossible.

Lawrence arrived at the Piarco International Airport on Wednesday night. He who got the nod for the high profile coaching job ahead of a competitive field that included Terry Fenwick, the ex Central FC coach, Colombian Francisco Maturana, W Connection coach Stuart Charles Fevrier and Russell Latapy, said he intends to play a brand of football that will be pleasing to the public.

He did not elaborate on whether it will be a short-passing, long-passing game or a combination of the two, but said all will have to be on the same page if the country is to achieve results in the game. “I am happy to be back home” noting he has always said that he wanted to give back to his country in the past.

He will hold a press conference at a date to be announced soon and at that time he will reveal who his assistant coaches will be.

T&T is second from bottom on the standing having started the Final Round of qualification with losses to Costa Rica 0-2 at home and later Honduras 1-3 away. The results have led to the dismissal of then coach Stephen Hart and the appointment of Belgian Tom Saintfiet as his replacement. But Tom lasted just 35 days in the job before resigning, saying he did not get the support from the TTFA and its president.

Lawrence: This needs to be long term.
T&T Newsday Reports.

New national head coach Dennis Lawrence arrived in this country on Wednesday night and was greeted by a swarm of reporters and a number of curious onlookers. Speaking to the media briefly after his flight from Gatwick, England, the former T&T defender said he was happy to be home but was evasive when questioned about how the length of his contract.

Ironically, a few minutes prior, TTFA president David John-Williams strolled past the throng of media gathered but was grilled by the local flag man who asked him whether he had given Lawrence the same ultimatum he had given his predecessor Tom Saintfiet - get four points from the next two World Cup qualifiers vs Panama and Mexico in March or be fired.

Lawrence, asked how long he will be here for, replied: “I am here for the duration. I am here to work. I think it is important that if you want to work properly with the boys, you need to be here so I’m going to based in here basically.” Asked specifically whether it was for the CONCACAF World Cup qualifiers alone or beyond, Lawrence stressed, “I’m here.

I’m home. I’m home to work.” Earlier, the ex-defender nicknamed “Tallest” due to his 6-foot, 6-inches frame, hinted that he has signed on for the long haul not necessarily a quick fix to get T&T ’s 2018 World Cup campaign on track.

“Obviously I’m delighted to be home at the moment and looking forward to get the work started. We all understand it is going to be a difficult challenge but one that is not impossible.

We’re going to give it our best and hopefully our best would be enough to try and get Trinidad and Tobago football at a level that I think we should be at.

“I think it’s important that everybody understands that we need to stop looking just beneath our nose because this needs to be a long term development plan in the end. I’m just delighted to be here,” he declared.

Discussing casually the style of football he hopes to incorporate, Lawrence, who worked under Spanish coach Roberto Martinez at Wigan Athletic and Everton in the English Premier League, said: “I hope to implement football that would make Trinidad and Tobago fans and Trinidad and Tobago people happy.

Make sure that the boys show to the public that we’re out here fighting for the national flag and we’re gonna do our best for the country.” After the ill-fated month-long Saintfiet reign, the T&T job may not have seemed enticing to many but Lawrence said it was not a difficult job to accept as he always wanted to give back to T&T.