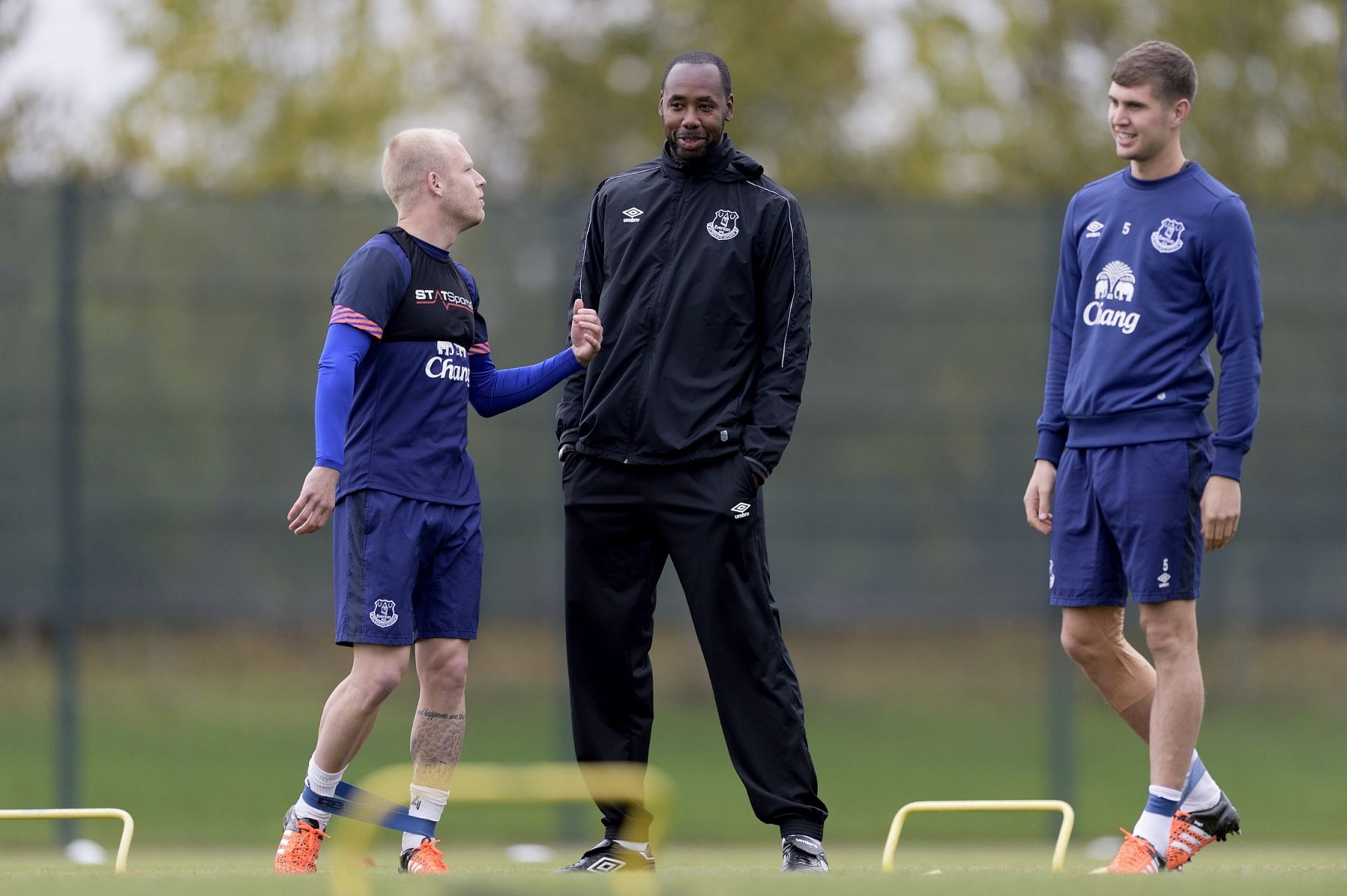 There will be yet another homecoming for Head coach Dennis Lawrence in Wales next week. Today the former defender was able to confirm use of the Everton Training facilities  for the senior team’s first training session on UK soil ahead of Wednesday’s International friendly against Wales at The Racecourse in Wrexham.

Lawrence was of course an assistant coach at the Premier League club alongside manager Roberto Martinez. This will be his first appearance at the club’s facilities as Head coach of the Trinidad and Tobago team. Lawrence was also a player at Wrexham and the contingent there will be ready to welcome their former captain to the Racecourse on Wednesday. He was featured in the club’s matchday programme today (Saturday).

Lawrence had a discussion with David Harrison, Everton’s club secretary and director of football who expressed delight at being able to accommodate Lawrence’s request to assist T&T in their preparations for Wednesday’s match at the club’s state of the art facility at Finch Farm in Merseyside.

“I had a discussion with David and he was happy to assist and allow use of the Finch Farm training facility for the session on Monday,” Lawrence told TTFA Media.

“It’s an excellent facility and it would be a great experience for some of the boys to have a session there. We are extremely grateful to David and Everton football club for making this possible.”

The Finch Farm facility is Everton Football Club’s 55 acre facility which  houses both the Everton first team and the youth academy.

The facility boasts some of the finest training facilities in the world, and features 10 full-size grass pitches on three plateaus, one of which is a floodlit along with an additional floodlit synthetic pitch and specialist training areas for fitness work and goalkeepers, as well as an exact recreation of the pitch at Goodison Park. Inside the training complex there are extensive changing facilities for both the senior squad and the Academy players.

National team logistics manager Wayne Cunningham has been in Wrexham for the past two days, arriving ahead to prepare for the squad’s arrival on Monday. The T&T squad departs for Wales on Sunday.