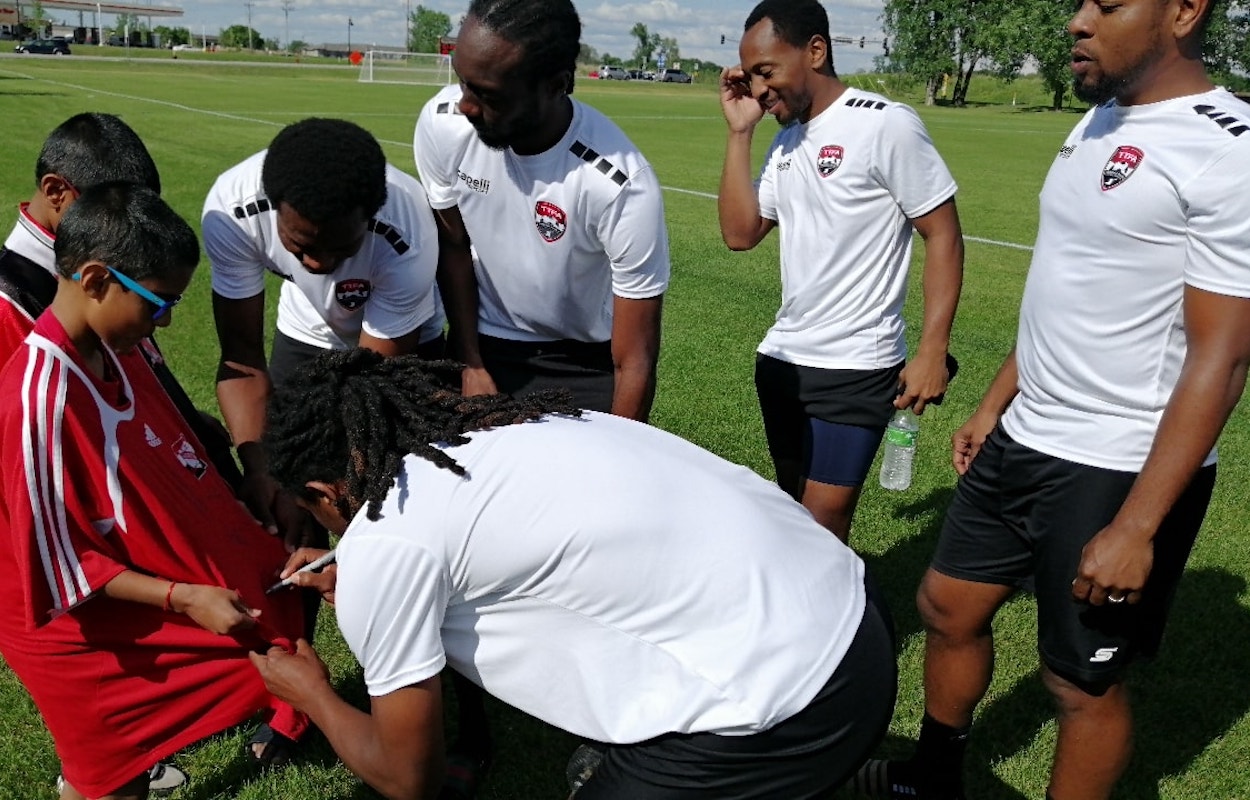 Trinidad and Tobago will not be intimidated by the fact that they will face a Panama team that is coming off a World Cup appearance at Russia 2018 when both teams face off with each other in the Group D Gold Cup 2019 opener at the Allianz Field in Minnesota on Tuesday.

This was the feedback coming out of the T&T camp on Thursday as T&T continued their build up in Minneapolis ahead of the opening clash with training sessions at Blaine  Soccer Complex in Minneapolis which is also used by Kevin Molino’s club Minnesota United.

The conditions have been conducive for training with a slight chill throughout the day into late evening.

“I don’t think we have anything to be intimidated by. Yes Panama went to the last World Cup but we were able to get a win against them in the home qualifier. The key to us is to take it step by step and game by game. You always want to start with a win so we will be definitely going for that,” Alvin Jones told TTFA Media.

“The Japan game showed that we can match the top teams once we stay organised and disciplined. We know what we need to do in terms of our attack and we’ve been working on it. The group is going to be tough but it is not a challenge that we are not capable of overcoming. We have to work on what we need to in these next few days and take it into the match on Tuesday,” added the Oklahoma City Energy player.

His US-based teammate Leston Paul is also expecting T&T to pull out the stops from game one.

“Everyone is fully aware of the importance of this tournament. I am looking forward to it just as any other player. We all know this is the top level tournament of the region. The preparations have been good. Not just the Panama game but we had some quality friendlies before where we had to test ourselves against Wales, Iran and Thailand. Now it’s just about fine tuning and having everyone on he same page,” Paul said.

“My love for the sport and the national team keeps me going. Football is my motivation,” Paul added when asked what keeps him inspired for the game.

“So far qualifying for the Under 17 World Cup in 2007 and then the Under 20s in 200 but at the senior level it would have been the win over the US in 2017. Of course this being my first Goal Cup I am hugely motivated as I think we can do something of great significance here. We know about the rematch with the US but we need to start strongly against Panama and I think we have what it takes to start on the right note,” he said.

“We want to win this Gold Cup. That is how high we’ve set the bar for ourselves.”

With the Gold Cup kicking off on Saturday at the Rose Bown in Pasadena with Canada facing Martinique, Forbes has tipped Trinidad and Tobago as one of the teams to advance to the quarter finals. Forbes.com stated the following as the teams to advance – Quarter-finals: Mexico, Canada, Costa Rica, Haiti, Honduras, Jamaica, USA, and Trinidad and Tobago.

Meantime, LA Galaxy II midfielder Ernesto Walker has been added to the 23-player roster for the Gold Cup after Panamanian midfielder Aníbal Godoy has been ruled out of the 2019 Concacaf Gold Cup due to injury.

Walker received his first senior call up with Panama earlier this year against the U.S. Men’s National Team in January.
The Gold Cup fever is beginning to grip the host cities and as part of its commitment to the football community, Allstate announced today it will designate an official “Day for Play” in select 2019 Concacaf Gold Cup™ cities ahead of key tournament matches. Free and open to the public, the Allstate “Day for Play” encourages soccer fans and players alike to get outside and celebrate their passion and love for the sport.

As a three-time sponsor of the biennial tournament, Allstate continues to reinforce its dedication to protecting the future of the game and its passionate fanbase. Allstate “Day for Play” celebrations will include pop-up soccer challenges and ticket giveaways ahead of select Gold Cup Tournament matches.