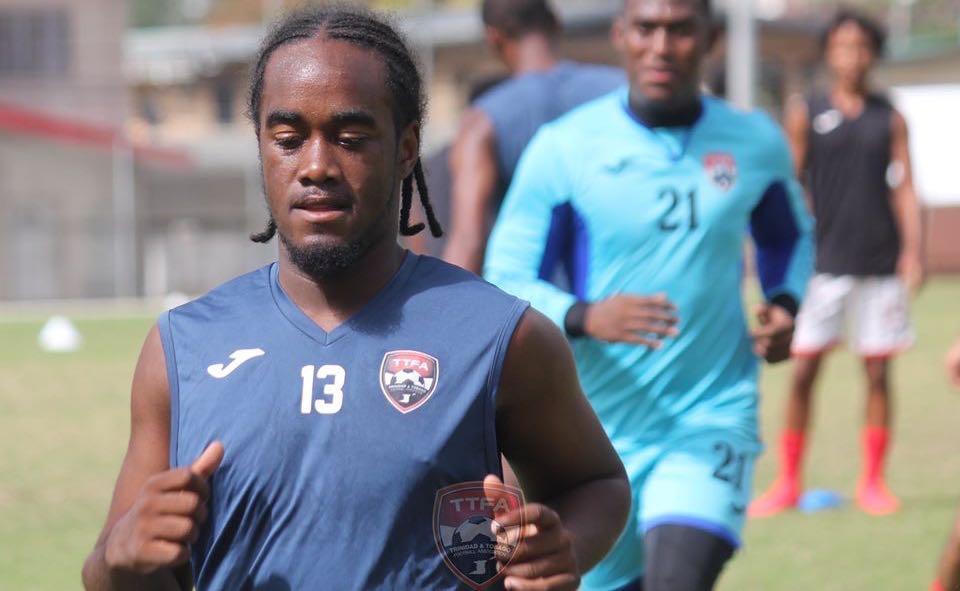 It has been a tale of hard work and sacrifices for Che Benny and Kareem Riley, both attempting to secure a place each on the country's senior national football team under coach Terry Fenwick.

After a session at the St James Barracks on Long Circular Road, the duo spoke highly about the work being done so far by the coach, which the pair believes has been a huge assistance in their personal lives. They have been part of a squad of some 40 players bidding for the right to represent the T&T Soca Warriors at next year's CONCACAF Gold Cup as well as the FIFA World Cup Qualifiers. The qualifiers for both tournaments have been put on hold because of the COVID-19 pandemic situation.

Benny, a former youth standout for both school (St Anthony's College) and the country said in an interview that he has had to miss training sessions and do his own personal training because of lack of funds.

"Sometimes I make sacrifices and sometimes I don't. I have no money to travel so I wake up at 6.30 am to get a drop. Training on my own, once again I have to get up early. But it will pay off, I was born with a talent. I just have to work hard on the little ups and downs in my game.

"Some of the things I am learning is to always be focused, be ready when the game is going on. Coach has been telling us to work hard, work hard, work hard. I am a player, who I know, have a lot to do so it's just to get my mental there, and that's what coach Fenwick is doing right now."

Meanwhile, Riley, a strong defensive midfielder, has been shifted to the central defensive position, which is a challenge he said he embraces.

"It's really good working under coach Fenwick. He is very demanding and very tactical in terms of what he wants. He tells us what he wants and also makes us exhibit it as much as possible.

"The training sessions have been really intense so far. I have been deployed into a new position but it's a new experience and a new challenge, so I welcome it."

Riley explained that training during the COVID-19 period is really good, "as it could give us the edge at a time when no other team is actually training now. "